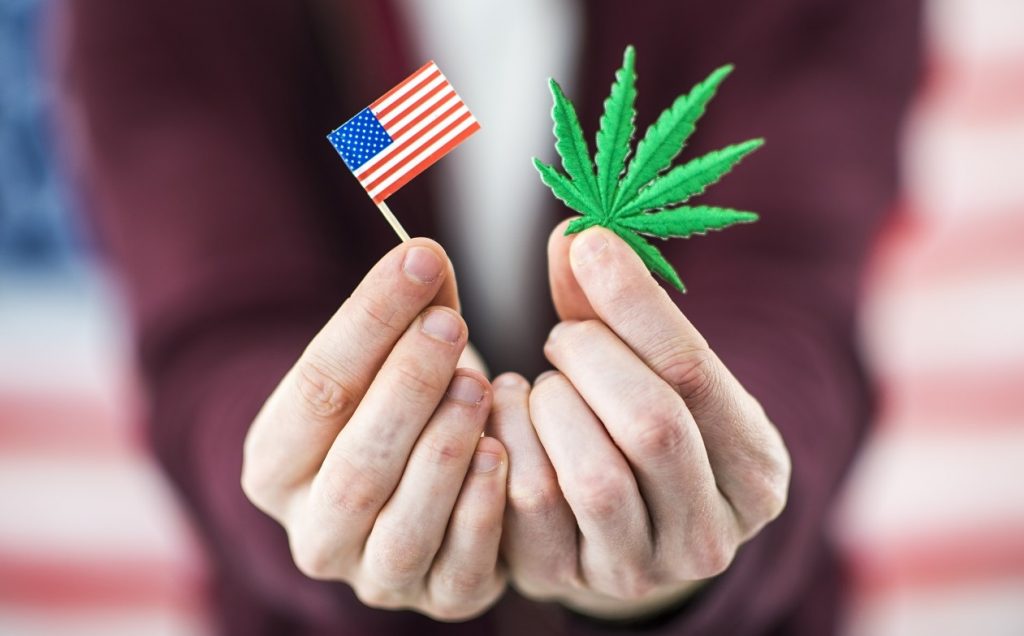 For most, there is little doubt that the War on Drugs is an indisputable failure. It has taken an excessive amount of money, manpower, and lives with little to show for it besides one of the worst drug epidemics in the history of the country. Time has proven these policies to be ineffective and costly, so where do we go from here?

Perspective in our nation changes and the stigma attached to addiction is now being to be confronted. Along with it all comes waves of new proposals on how America’s drug policies can evolve. Which is the right way is still unclear.

Right now, while many are confused if Jeff Sessions and the Trump administration will be actively cracking down on marijuana in states with legalization laws, there are others on the federal level that are actively pushing in the opposite direction. Part of a new bill currently in the House is trying to do even more to end the War on Drugs, by directly pushing pro-pot politics.

Last August, Democratic Senator Cory Booker from New Jersey introduced the “Marijuana Justice Act of 2017”. He was joined by Democratic Representative Barbara Lee from California in bringing the reform legislation to both chambers of Congress. Historically, this was the first time a companion legislation was introduced in both chambers to remove marijuana from the Controlled Substances Act (CSA). According to early reports, as a companion to Booker’s S. 1689 is the companion bill HR 4815. These efforts are to:

Currently, marijuana is in the same federal category as drugs like:

Even those who do not advocate for marijuana legalization at least see the fault in its scheduling. Trey Growdy, the Republican Representative from South Carolina has repeatedly questioned why marijuana is considered a schedule 1 drug. This schedule actually puts it above Cocaine and methamphetamines.

One of the big pieces of the bill is also that bit about expunging convictions. Justin Strekal, political director for NORML (the National Organization for the Reform of Marijuana Laws) notes that this is “the first piece of legislation that addresses expungement issues,” to clean up former criminal records for cannabis use.

Now, a new version of the bill has been introduced to the House just last week. The goal is described as a campaign against the current federal drug policy and the failed War on Drugs.

Speaking with Sponsors of Bill

Last year, after introducing his version of the bill, Senator Cory Booker stated,

“Our country’s drug laws are badly broken and need to be fixed.”

Booker also believes getting rid of old pot-policies of the War on Drugs would help to bolster the economy. He states,

“It’s estimated that legal cannabis in the U.S. would create $40 billion in revenue and nearly a million jobs.”

“But it’s about more than that $40 billion —it’s about equality, and getting rid of the legal past that is stifling individuals’ opportunity and their future.”

One co-sponsor for the bill is Representative Ro Khanna. He says that revenue from taxes on marijuana would then be allocated to funding the programs to reinvest in communities that were harmed by the anti-pot policies of the War on Drugs.

“This legislation will end this destructive War on Drugs.”

“This bill makes clear to state and local elected officials that they cannot move forward beyond prohibition without taking a serious look at the historical and ongoing impacts of drug war policies.”

Supporters of the bill continue to emphasize that this isn’t just about ending pot prohibition. They say it is also about putting forth resources to help communities recover.

Why are We Talking About This?

As a provider of innovative holistic treatment for drug and alcohol abuse, we pay attention to the way drug policy changes because we know how it impacts communities around the country. In order to provide help to those who need it, we have to be talking about these changes. If drug policies shift, we must talk about how they can affect those who struggle with substance use disorder.

It does not matter if a drug is an illicit black-market substance, or a popular legalized product, substance abuse and addiction are still possible. If marijuana reform is going to continue to grow, it is also our responsibility to bring attention to the possible risks and side effects for some who use marijuana.

If pro-pot politics are going to put marijuana in the mainstream, there should also be an effort to promote substance abuse treatment options. Looking back, if the War on Drugs taught us anything, it is that there should be a strong focus on providing treatment, not punishment. If we want to make things better, we have to offer every opportunity to help those who need it most.

Marijuana abuse can have a noticeable impact on some people’s lives, and often times it is accompanied by another form of substance abuse. Acknowledging the influence of drugs in your life and knowing when to get help can make the recovery process a life-changing journey. If you or someone you love is struggling with substance abuse or addiction, please call toll-free now. We want to help.