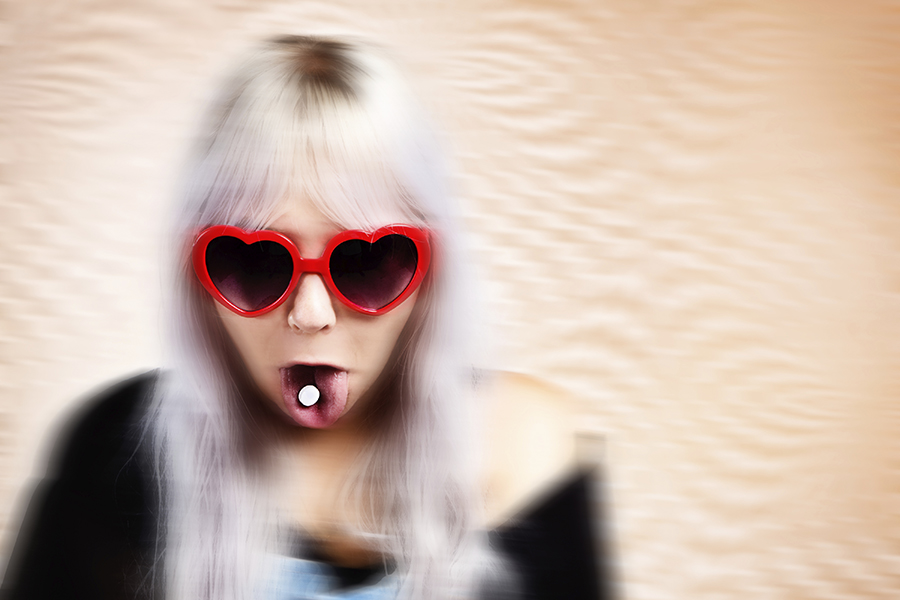 MDMA, also known as Molly or ecstasy, is an illegal drug that acts as both a stimulant and psychedelic. It causes an energizing effect as well as distortions in the user’s sense of time and overall perception. People on MDMA experience an enhanced enjoyment of tactile and other sensory experiences, such as smells and sounds. Users often report having feelings of mental stimulation, emotional warmth, increased empathy towards others, a general sense of well-being, and a decrease in anxiety.

It’s important to keep in mind that often times, people looking to buy and use MDMA, whether in powder form (Molly) or pill form (Ecstasy) are taking an added risk because all drugs can and often are adulterated (“cut”) with other drugs and substances. This, of course, leaves the user at an increased risk for complications and even overdose and death because the mixing of drugs – especially when it is not known which drugs are involved – can create a dangerous – fatal situation.

MDMA Withdrawal Symptoms (can last up to 1 week or longer after MDMA use):

MDMA users report feeling anxious, restless, irritable, and sad; in some individuals these symptoms can be as severe as true clinical depression.

MDMA is a stimulant and is often used in the rave/dance scene. The use of MDMA along with vigorous physical activity for extended periods can lead to hyperthermia. This is one of the most significant and acute adverse effects, which means that there is an extreme and noticeable increase in body temperature.

Hyperthermia is dangerous because it can rapidly lead to muscle breakdown and kidney failure. Furthermore, dehydration, hypertension, and heart failure can occur in MDMA users.

Treatment of hyperthermia requires prompt medical attention, as MDMA can also reduce the pumping efficiency of the heart of particular concern during periods of increased physical activity, further complicating these problems.

Believe it or not, it’s actually possible to die from drinking too much water. And, it’s an actual thing; it’s called water intoxication, and it’s a potentially fatal disruption in brain functions that results when there is an imbalance of electrolytes in the body, which are – in this case – washed away by over-hydration.

Electrolytes are minerals in your blood and other body fluids that carry an electric charge that affect the amount of water in your body, the acidity of your blood (pH), your muscle function, and other important processes. You lose electrolytes when you sweat and that’s why it’s so important to stay hydrated while working out, for example. But you have to drink fluids that contain electrolytes; water alone will not replenish them because it doesn’t contain any electrolytes.

Also known as water poisoning or dilutional hyponatremia, people who use drugs such as MDMA and “Ecstasy” tend to overexert themselves, sweat a lot, as well as cause the user to urinate less (despite the increased intake in water). This means that there is even more water being retained by the body of the MDMA user, making water intoxication all the more likely.

Water intoxication can and has led to fatal incidents among MDMA users.

Any time you take a drug, you are taking a risk with your health. This goes for prescribed drugs, as well. The best thing you can do is inform yourself so that you can make better decisions about your health and what you put into your body. MDMA is not considered physically addictive however it has a very powerful potential for psychological dependence and addiction. If you are stuck in a cycle of drug abuse and addiction, please call toll-free 1-800-951-6135.