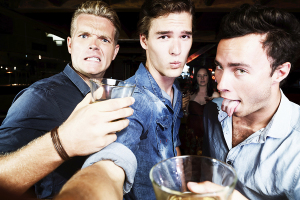 Facebook is investing in research into software for artificial intelligence that can do anything from read your status updates to warn you when you’re about to post an embarrassing picture.

Basically, Facebook wants to stop you from embarrassing yourself

Creepy? Yes. Helpful? Possibly. It just may save you from yourself.

Basically, in virtual-reality terms, it would be like having a personal assistant tapping you on the shoulder and saying, “Uh, just a reminder, this is being posted publicly. Are you sure you want your boss or your mom to see this?”

This is more than just a simple suggestion. Yann LeCun, a researcher at New York University and a recognized “machine-learning guru,” now oversees the Facebook Artificial Intelligence Research lab – a team of AI researchers with the internet social media giant that spans the country coast-to-coast, with offices in both California and New York.

Some – if not many – Facbookers, as well as outside observers, will probably find this use of AI where Facebook’s robots try to censor their content all too reminiscent a dystopian future, like those we’ve seen depicted in recent movies, such as The Hunger Games, Minority Report, Surrogates – to only name a few.

There’s a specific branch of AI research that enables these kinds of uses and features. Known as “deep learning,” it could lead to some really cool stuff. However, the plans that Facebook has for its usages is a touch “off.”

Yann LeCun, a pioneer of deep learning research and the head of Facebook’s Artificial Intelligence Research lab, recently told Wired, “Imagine that you had an intelligent digital assistant which would mediate your interaction with your friends and also with content on Facebook.”

LeCun has also suggested that Facebook could apply deep learning technology to Oculus Rift, an upcoming virtual reality head-mounted display for virtual gaming. But, it kind of sounds like LeCun wants to apply deep learning technology to everything. “You need a machine to really understand content and understand people and be able to hold all that data,” LeCun said. “That is an AI-complete problem.”

I mean, do we really need – or want – a machine to be able to understand us? Where do we draw a line between technology enhancing life and eerily, realistically mimicking life?

The use of AI truly brings up deeply philosophical concerns. Steven Spielberg touched on this in the movie, A.I. Artificial Intelligence. What if artificial intelligence machines “decide” to revolt, leading to a world like that depicted in I, Robot?

But, even before going down that rabbit hole; basically-speaking, do we really want Facebook to censor us?

Too many drunk and embarrassing selfies on your Facebook, documenting your spiral out of control? Before social media and the smart phone, we mostly had to rely on witness accounts from friends and family about our blackouts, meltdowns, and basic hot-mess-iness. Nowadays, we don’t have to take their word for it; we can turn to our own photos – that we probably forgot we took and uploaded to for all to see. If you’re tired of this, or know someone who fits this description, help is available. Please call toll-free 1-800-951-6135 to speak with an Addiction Specialist today. We can help, day or night.