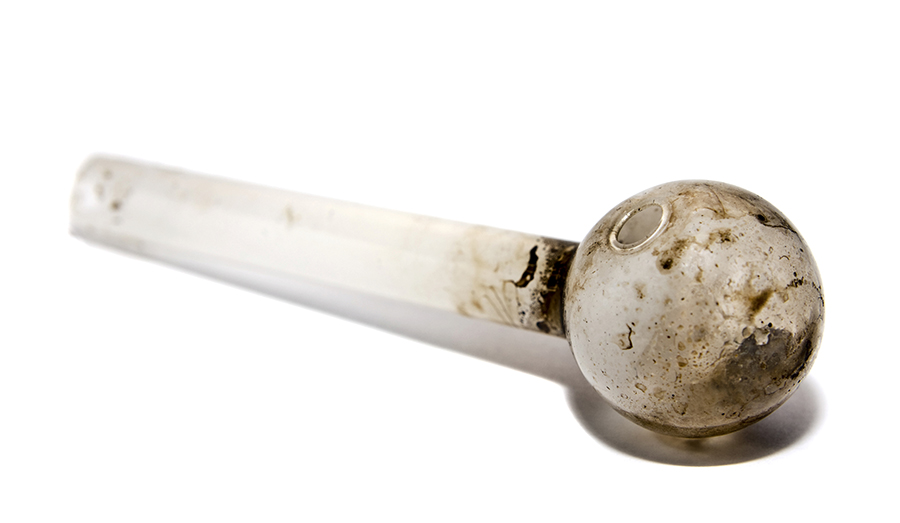 Harm reduction is one method of addressing the nation’s drug issue that may seem to some as a philosophy of enabling, while to others it makes sense to offer safe alternatives to individuals who abuse drugs because these strategies can prevent the spread of disease and the damage to the community. It was estimated that 2015 would be a big year for harm reduction, as many suspected that drug policy reform would reshape the landscape in the wake of the “failed war on drugs” while there were efforts being actively put forth to alleviate the suffering caused by the opiate epidemic.

Needle exchange programs are one way that harm reduction can be implemented in a community. Supplying clean needles and safe disposal sites for addicts to use keeps them from sharing needles infected with disease, and now one kind of needle exchange program is changing the game.

In Seattle the volunteers behind a needle exchange are now handing out meth pipes to drug users for free as well. So is this the same kind of harm reduction being utilized to keep people safer, or is this just negligence at an all-time high?

It seems some think harm reduction means catering to more than just needles. This strange meth pipe program was launched by a group called The People’s Harm Reduction Alliance about 2 months ago, and is offered 5 days per week off an alley next to a church in Seattle’s University District.

About 25 to 30 meth pipes are handed out each day, and according to the executive director of the alliance Shilo Murphy, the demand for the free meth pipes has been growing ever since. The theory behind the program is that by handing out the pipes, some drug users will rely less on needles, which in turn helps to cut down on the risk of certain diseases in the community. Murphy stated:

“People kept coming to our program and saying that they were getting syringes because they didn’t have access to a pipe.”

So in essence this program has tried to circumvent the whole needle issue by giving users access to another method of ingesting their drugs that put them at a much more decreased risk of infection.

Many former addicts are actively involved in these movements to try and help change things in the community. Some even say that this program also helps those who have never used needles, because it is still possible to spread diseases by sharing pipes if there are open wounds in the mouth present. Regg Thomas, a drug user for the past 20 years who currently works with the Urban Survivors Union stated:

“Whatever the reason is why both parties don’t have their own… They wind up sharing. Well, this program has prevented that because all it takes is a cut orally and you’ve transmitted a disease possibly,”

Whether the theory for the program actually works is still up for debate.

So we have seen how harm reduction can help, and I can even begin to understand how this might actually be a useful tactic for addressing a local drug issue, BUT according to state law handing out drug paraphernalia like the pipes is still illegal in Seattle. And Murphy said he knows that, but he disputes that so was syringe exchange 25 years ago. And yet Seattle has syringe exchange programs and it’s proven to be one of the biggest advantages they’ve had for fighting HIV infections through injection drug use in the state.

Even though it’s illegal under state law to give someone certain kinds of drug paraphernalia, police said they’re more concerned with what’s put into the pipes and not necessarily the pipes themselves.

It isn’t all about the bureaucracy for those involved in this movement. It seems this is more about making a real difference and less about placating to the drug users to enable them. Murphy said this is the first program of its kind in the nation, and he believes it has not just reduced risk behaviors, but it has helped get various users tested for Hepatitis C.

But Murphy does not stop with handing someone a pipe and telling them have fun. The program lets drug users pick up wound care kits and get crucial information about treatment options. Murphy insisted:

It seems that even though it is technically outside the realm of the law, this program could actually inspire similar changes as far as officials and organizations stepping up to keep citizens safer and more informed as drug addicts instead of labeling them all criminals and locking them up.

I have to say, harm reduction programs to me always seem like an awful idea at first because I believe in abstinence and a program of recovery, but these programs aren’t ever meant to be permanent solutions, only temporary effective vehicles to get individuals the help they need and provide safe and educational support for them until they are willing to get the help. It may sound like it is enabling, and it some ways I guess it is, but it’s saving lives and at least offering an opportunity most would never know about. Maybe harm reduction has more potential than we are currently using.

Enabling addicts to keep using is not a good personal decision, but at the same time putting in place a system to keep the community safe from the spread of disease or more dangerous circumstances is important, especially if it gets people the help they need. If you or someone you love is struggling with substance abuse or addiction, please call toll-free 1-800-951-6135