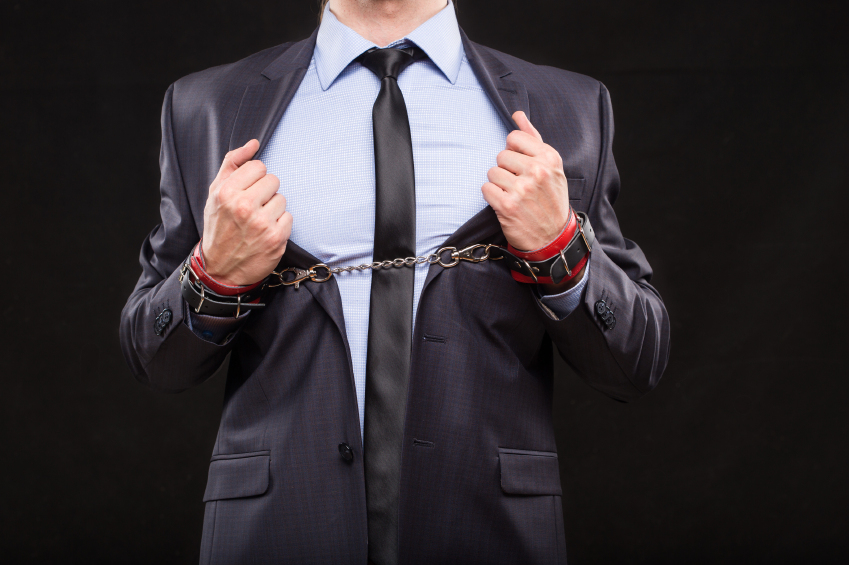 This kind of swift justice is definitely of Batman proportions. Honestly it amazes me considering we just reported recently on how Congress was setting its sights on the Big Pharma bullies like J. Michael Pearson, the CEO of Valeant Pharmaceuticals and Martin Shkreli of Turing Pharmaceuticals for their obnoxious and outrageous price gouging practices when acquiring the rights to life saving prescription drugs and then jacking up the prices.

Already, not even a month later, Martin Shkreli (aka the current Most Hated Man in America) has been arrested. And not just any old arrest for that matter… we are talking FBI arrested.

Martin Shkreli became infamous seemingly overnight after the story first hit the internet and every other media outlet to expose the Big Pharma bully for purchasing the rights to Daraprim, a medication used for treating toxoplasmosis that was 62 years old.

Toxoplasmosis is a cunning parasitic infection that often causes serious or even fatal problems for infants or people with compromised immune systems like patients battling AIDS or cancer.

So yes, he was essentially blackmailing AIDS and cancer patients.

But the guy didn’t catch heat for the way her spent his money, but more so about how he planned on making more off of the sick and suffering. Shkreli immediately hijacked the cost of the prescription drug from $13.50 per tablet to $750, translating to $22,500 for a bottle of 30 pills that used to cost $450!

This past Thursday Martin Shkreli was arrested by the FBI as a result of a federal investigation involving his former hedge fund and a pharmaceutical company he previously headed.

All this means the charges he has actually been brought in on so far are not connected to his work as now chief executive officer of Turing Pharmaceuticals and KaloBios Pharmaceuticals. So it truthfully has nothing to do with his price gouging for Daraprim.

Shkreli found himself in handcuffs for alleged offenses dating back to his time as manager of hedge fund MSMB Capital Management and CEO of biopharmaceutical company Retrophin. Dating back to at least January federal prosecutors in Brooklyn were investigating after Retrophin said it received a subpoena from prosecutors seeking information about its relationship with Shkreli.

In a complaint made public Thursday in regards to the arrest the SEC alleged that Shkreli engaged in “widespread fraudulent conduct” from at least October 2009 to March 2014.

The complaint specifically alleges that during that time period Shkreli:

“Made material misrepresentations and omissions to investors and prospective investors,”

Supposedly the Big Pharma tyrant had once lied to one of MSMB’s executing brokers about the firm’s ability to settle short sales Shkreli had made, and misappropriated funds. Now according to some sources the 32 year old may be expected to get charges for illegally using Retrophin assets to pay off debts after the MSMB lost millions of dollars from his fraudulent brokering.

The Big Pharma company definitely did not escape unscathed, as shares of KaloBios plummeted a devastating 50% in premarket trading. In the midst of the market madness Shkreli’s lawyers did not immediately respond to a request for comment regarding his arrest, while both Turing Pharmaceuticals and and KaloBios declined to comment.

So while Shkreli may have been banking on a big return for his Big Pharma scandal, he sure is taking some heat for how he handles his business on all fronts. With the general public pretty much in collective disgust at his strategies with Big Pharma drug pricing, and the FBI gearing up to box him in, Martin Shkreli might end up with plenty of time to reflect on his unsavory deeds.

Big Pharma as an industry should of course be held accountable for their pricing, not to mention their marketing. More experts fear this kind of price gouging will lead to even more exploitive approaches to medicine, and with prescription drugs being such an issue on so many fronts- including addiction- there needs to be checks and balances. Prescription drugs are nothing to take lightly and while many lose their lives to prescription drug abuse we should all hope for a more compassionate and responsible Big Pharma industry. If you or someone you love is struggling with substance abuse or addiction, please call toll-free 1-800-951-6135