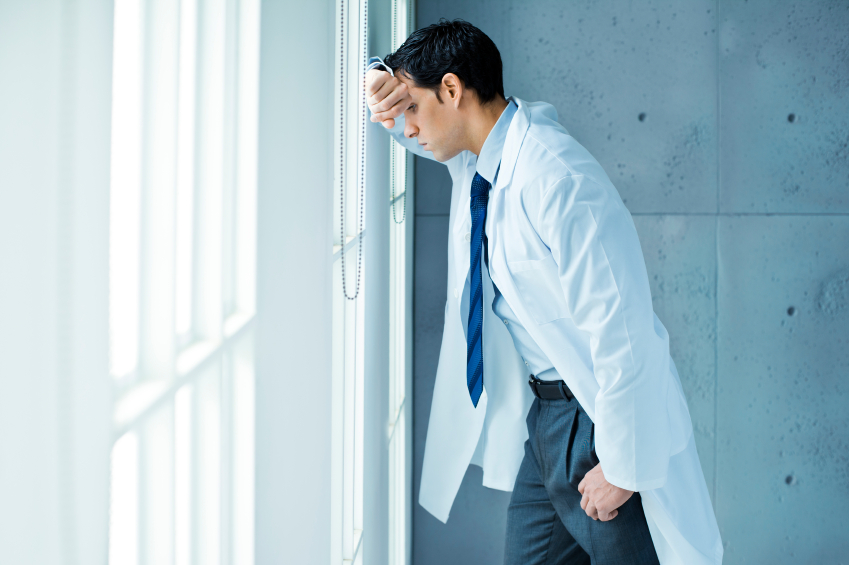 The medical field is notorious for being a stressful and overwhelming environment. After all, it deals with saving the lives of sick people. Surely, that has to take a burden.  Therefore, it should come to no surprise that medical students were found in a recent study to be more vulnerable to burnout and alcohol abuse than their peers not attending medical school. Young, single students with high amounts of debt were found to be the most prone to alcohol abuse.

The study published in the journal Academic Medicine indicated that there is a need to raise awareness of this issue:

“Our findings clearly show there is reason for concern,” says Liselotte Dyrbye, M.D., Mayo Clinic internist and senior author of the paper. “We recommend institutions pursue a multifaceted solution to address related issues with burnout, the cost of medical education and alcohol abuse.”

To gather results, Mayo researchers surveyed 12,500 medical students, and approximately one-third of those students responded. Nearly 25% of students surveyed revealed that they had experienced clinical alcohol abuse or dependence.  Compared to only 16 percent of peers not in medical school, those numbers reveal a significant issue in the community. Feelings of burnout were highly associated with alcohol abuse or dependence among medical students for numerous factors.

The five factors associated with alcohol abuse in medical students were:

In the past two decades, medical school costs have increased by 209 percent at private colleges and 286 percent at public schools. The average physician graduating from medical school will owe 180,000 dollars in educational debt. Medical students face some of the most strenuous educational requirements out there. They endure four years of undergraduate school, four years of medical school and a three-year residency program. The educational requirements mean that medical students spend long hours in the classroom and at home studying and preparing for exams. As a result, the culture of medical programs can often promote the use of substance to cope with stress.

Drinking patterns among medical students affect the general population because physicians and future physicians play such a crucial role in our society and are important leaders. Also, a medical student’s drinking behavior could negatively affect their education. A medical student who abuses alcohol might have harmful ideas about drinking. There is a correlation between personal practices and counseling practices that could alter how they approach treatment for drug addiction.

Addictive substances are readily available to physicians. The increase in availability explains why the rates of substance abuse are higher among physicians than  the general population. Doctors have been caught that were using illegally self-prescribed medications for years, even decades.

The lack of accountability among students further contributes to the risk of addiction. Medical Schools tend to be close nit communities. Therefore, even if student was known for abusing substances, chances are slim that they ever get caught. This is known in the medical community as the “conspiracy of silence,” and unfortunately, not much can be done to change it.

Fortunately, a study like this encourages conversation about the need for programs to address the temptation to abuse substances in medical schools. Through addressing this concern in the early stages, programs can be implemented that prevent this cycle of abuse. The last thing the medical world needs are new doctors entering the workforce with substance abuse issues.

What kind of programs could be implemented to lower this risk? Ultimately, that is the question this study raises. Alcohol abuse and burnout are serious concerns that need to address with an effective treatment program. If you or someone you love is struggling with substance abuse or addiction, please call toll-free 1-561-951-6135.