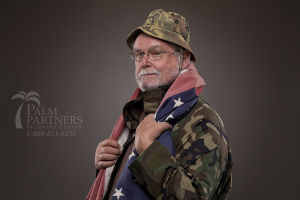 In Colorado the legalization of marijuana has already gained massive media attention, and a lot about the lives of the general public has already changed as a result of this new and liberal approach to dealing with marijuana in this state. In fact, this past Saturday there was a special event organized to pass out free marijuana to citizens, specifically to individuals who had served in the armed forces.

Over the course of Saturday September 21st there was quite a turn out at The Denver Cannabis Giveaway, which was an event targeted at veterans to hand out free marijuana to hundreds of people. The items distributed included marijuana edibles and medicinal versions of the plant, all in an effort designed to help vets in need, according to those responsible for organizing the event.

The participants gave out several types of marijuana to the veterans, and even to the general public. Of course they made sure the pot was only allowed to those who can now legally possess it in Colorado. It was noted as being an attempt at taking a different approach to assisting and treating veterans who are struggling with post-traumatic stress disorder.

Roger Martin, Operation Grow4Vets Executive Director spoke up to celebrate the success of the program, and to assure the public of the intentions of The Denver Cannabis Giveaway to lend a helping hand. The free marijuana giveaway turned out to be the largest event in the history of Operation Grow4Vets, and over 400 bags of marijuana products were handed out to those in attendance. Martin said,

“That’s our mission, is to offer veterans a safe alternative to the dangerous prescription drugs that they’re prescribed to deal with PTSD, TBI, chronic pain, and all sorts of other ailments”

Martin went on to talk about how this event was hoping to impact the growing number of veterans who die from either suicide or from drug over-doses in the United States every day. Martin as the founder of Operation Grow4Vets is himself a veteran, and hopes that this past weekend’s program will help many who have served their country.

“I’m allergic to morphine opiates, I can’t take them. So I don’t have much choice other than do that,” said Mark Pitt, a Vietnam veteran who attended the event over the course of the day.

But others openly objected to the entire event, stating that distribution of marijuana publicly to veterans in this fashion was less than ideal. Bob Doyle of the Colorado Smart Approaches to Marijuana (SAM) Coalition stated that,

“These people are getting marijuana with varying degrees of potency and THC. That could cause things like paranoia. Obviously things that we wouldn’t want somebody with PTSD to be experiencing.”

So the opposition in this case does not stand against legal marijuana particularly, the opinion expressed is simply that with pre-existing conditions there should be more regulations in place to make sure that those receiving the cannabis are being properly screened, and are not being over-medicated.

Regardless of objections, the military veterans who attended the event say marijuana is a very useful medicinal alternative to them as medical treatment, and many supported the even because they claimed that these medicinal marijuana items actually make more sense than harsher alternatives, some of which can actually be considered as harmful treatment methods.

During the course of the event, Operation Grow4Vets actually announced its plans for the future, and its next big project Save 1,000 Vets project which aims to make medical marijuana products available to 1,000 veterans, and a free life-time supply of cannabis-infused products for those veterans. With such a large turn out on Saturday, it is hard to imagine that they are too far from getting the momentum they need to pull it off.

One way or the other, the changes in Denver, Colorado and the marijuana reform are not hard to notice, and it appears that public opinion shows up by the masses to support a movement aimed at promoting medical cannabis alternatives to medications, especially for their local veterans. While this may be very helpful to those in need, many people still suffer from issues with substance abuse, be it marijuana or prescription drugs, there are still real dangers involved. If you or someone you love is struggling with substance abuse or addiction, please call toll-free 1-800-951-6135