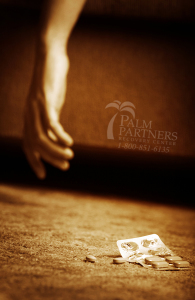 Drug overdose death rates in the United States in the past 5 years have developed a pattern, and more than tripled between 2014 and 1990. In 2008, more than 36,000 people died from drug overdoses, and most of these deaths were caused by prescription drugs. Finally there has been a change of pace, but the severity of a narcotic painkiller overdose is still a serious concern, and so this will take the time to identify the impact of narcotic painkillers on the body, and help identify the signs of overdose.

What Is a Narcotic Painkiller Overdose

Just like heroin, prescription painkillers work by binding to receptors in the brain to decrease the perception of pain. These powerful drugs can create a feeling of euphoria, as well as cause physical dependence, and can lead to a painkiller addiction. Prescription painkillers also cause sedation and slow down a person’s breathing.

Those abusing prescription narcotic painkillers typically end up taking increasingly larger doses to achieve the same high or euphoric effect, or even just to reduce their withdrawal symptoms. The increased dosage of narcotic painkillers can cause breathing to slow down so much that breathing stops, resulting in respiratory failure and/or fatal overdose.

Although painkillers are not the only prescription drugs that are abused, there has been what is frequently referred to as an epidemic of prescription painkiller abuse in the past few years, although recent reports are stating that recent reform and awareness has helped the number begin a decrease.

Effects of an Overdose from Narcotic Painkillers

Narcotic painkiller overdose is just like a heroin overdose; the only difference between these two drugs is their legal status. Taking large amounts of analgesics can cause breathing to become extremely slow. Heart rate can slow or speed up, blood pressure can drop, and breathing can become labored. A slow or undetectable pulse and drop in blood pressure can cause dizziness. Changes in respiration can prevent the lungs and vital organs from getting the oxygen they need. The skin may appear bluish in color and feel cold or clammy to the touch, and weakness and fatigue can develop. Lack of oxygen can affect the nervous system and lead to changes in consciousness, brain damage, coma or even death if not treated.

Some of the symptoms of a narcotic painkiller overdose are more critical than others, which may just be indicators of painkiller abuse. But all of the following signs should be taken into account:

In Case of Overdose

Narcotic painkiller overdoses require emergency medical treatment in order to safely and effectively treat the individual, because this is a deadly drug overdose. If breathing is extremely slow or shallow, or if emergency room doctors feel that other symptoms are life threatening, a drug called naloxone is used to reverse symptoms of an overdose. If doctors determine breathing is acceptable they may opt to use activated charcoal or laxatives to help remove any leftover medications in the stomach.

If you believe someone is overdosing on narcotic painkillers immediately call a hospital emergency room, or possibly a local poison control center. This hotline will let you talk to experts in poisoning and can properly instruct you on the safest course of action. Make sure to determine the following information for the poison control operator:

This is a free and confidential service. You should call if you have any questions about poisoning or poison prevention, and this assistance can be reached 24 hours a day, 7 days a week. Overdosing on narcotic painkillers is no small thing. Painkiller addiction and abuse is a fierce affliction, and overdose can be fatal.

Taken from someone who has personally had to consume activated charcoal and expel leftover drugs from my digestive system in a shivering and sweating heap of drowsy hallucination, an overdose can be a terrifying and tormenting experience, if you’re lucky and it doesn’t kill you first. If you or someone you love is struggling with substance abuse or addiction, please call toll-free 1-800-951-6135. We want to help. You are not alone.