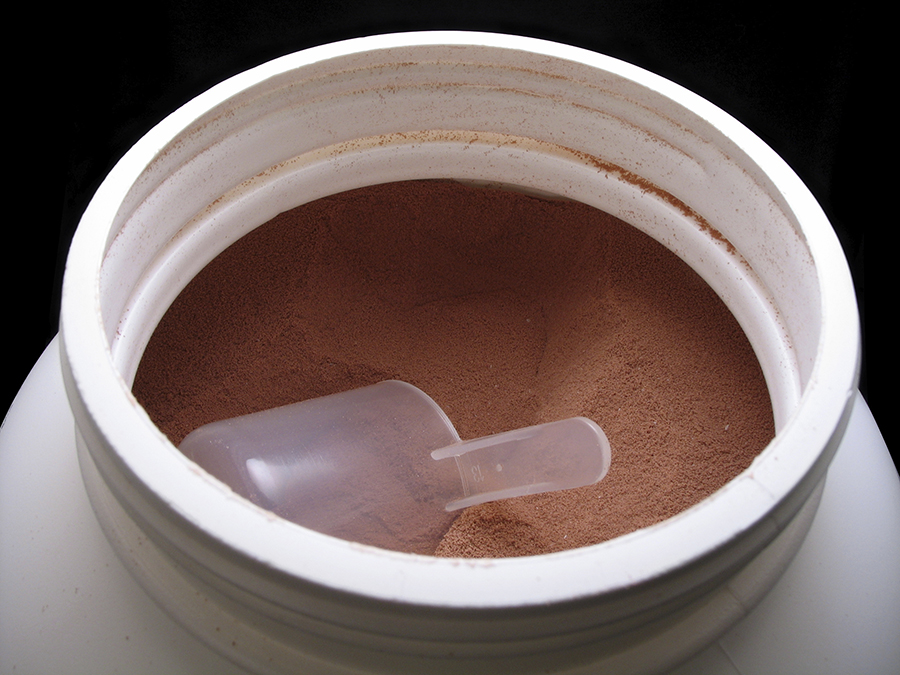 Attention all gym rats, GNC addicts and straight-up ‘BROS’ out there… this is a message you might really need to hear. The sports supplement industry is expected to be worth $730 million annually by 2018, supplying pre-workouts and protein shakes to the weight-lifting, CrossFit-ing and gains-getting masses.

But despite the popularity of these supplements and the external physical benefits some people are able to achieve from them, a new study is actually suggesting that men who overuse protein powders could be suffering from a form of eating disorder without even knowing it.

The problem with most of you bro’s reading this is that you probably still assume eating disorders are a women’s issue. NAH BRO! Stop… just stop.

The silent epidemic of the male eating disordered population has grown over the years unbeknownst to most of the general public, more awareness is now being drawn to the unhealthy dieting habits of men, especially those with an unhealthy fitness obsession.

The Power of Protein Powder

The new concern for a protein eating disorder was presented by Dr. Richard Achiro and Dr. Peter Theodore. These two led a research project, and in the survey data they included:

The researchers inquired about a wide range of personal topics with each of the participants including:

Dr. Achiro and Dr. Theodore then presented their findings earlier this week during the American Psychological Association’s annual convention. Through the course of their study they were shocked to find:

So as more men admitted to using more and more protein powder and other supplements gradually, even ceasing regular meals, a decent amount of the men survey surprisingly admitted to being concerned themselves with the extent of their dependence on the supplements.

Most unsettling probably was the percentage of men who had healthcare professionals advise against their continued use of increased use of these supplements. Even though 8% seems like a small number, still if you do the math that means out of 195 about 13 men were using excessive supplements.

Now multiply those statistics by tens of thousands, and get some indication of how many men are suffering from an issue with supplements in the rest of the world.

The Power of Psychology

But how is it an eating disorder?

An eating disorder is defined as any of a range of psychological disorders characterized by abnormal or disturbed eating habits, so when you consider the abnormal and excessive nature of some individuals protein regimens and how disturbed doctors are to see these eating habits, it makes perfect sense to consider the abuse of protein and other fitness supplements to constitute an eating disorder.

Dr. Achiro also explained to reporters recently these body-conscious individuals may have obtained their ideal physique, however the overuse of protein powder is parallel to an eating disorder because it can cause great harm both physically and in overall lifestyle. Dr. Achiro stated:

“Even if they look good on the outside, do they have excessive diarrhea? Are their livers and kidneys starting to give out from having to detox toxins? Are they adhering to this regimented style of eating in such a way to compromise their relationships and work life?”

Just looking at some of the signs of eating disorders you can see how some of these behaviors are exhibited in those who use excessive amounts of protein powders and supplements, such as:

Do any of these sound a little too familiar?

Sine the study Dr. Achiro has suggested more work be done to address the psychological issues surrounding protein powder use because in his own words:

“it’s an underlying behavior men know is problematic, but are unable to change because so few of us men are open to addressing our emotional worlds and sense of inadequacy.”

A lot of this has to do with the concept of male masculinity and the seemingly endless need in the male mind to be bigger, stronger and more powerful than his peers. So many possess the alpha-mentality and don’t recognize how this mindset keeps them blocked off from healthier emotional attachments to their own self-image. Meanwhile these supplements in excess can actually cause serious damage to the body, basically undermining the logic behind a fit and healthy life-style.

Male eating disorders exist, and men are held up to unreasonable expectations the same as women, but many are too dedicated to the mindset of masculinity to let on that it is a factor for them. A lot of guys just smother their feelings with more protein powder and do a couple extra pull-ups. Sometimes it helps, but sometimes it hurts more.

Do I even lift?

Sure… I lift myself up and remember who I am… I lift up my brothers and sisters when they need me… I lift a finger to help the newcomer… I lift a lot of stuff…. outside the gym. We should all workout our hearts as much as we do our bodies. The best self-image comes from loving and respecting ourselves.

Eating disorders, mental health disorders and addiction are all fierce opponents for anyone to fight against, but you can always win if you have the right strategy and the right people in your corner. If you or someone you love is struggling with substance abuse or addiction, please call toll-free 1-800-951-6135