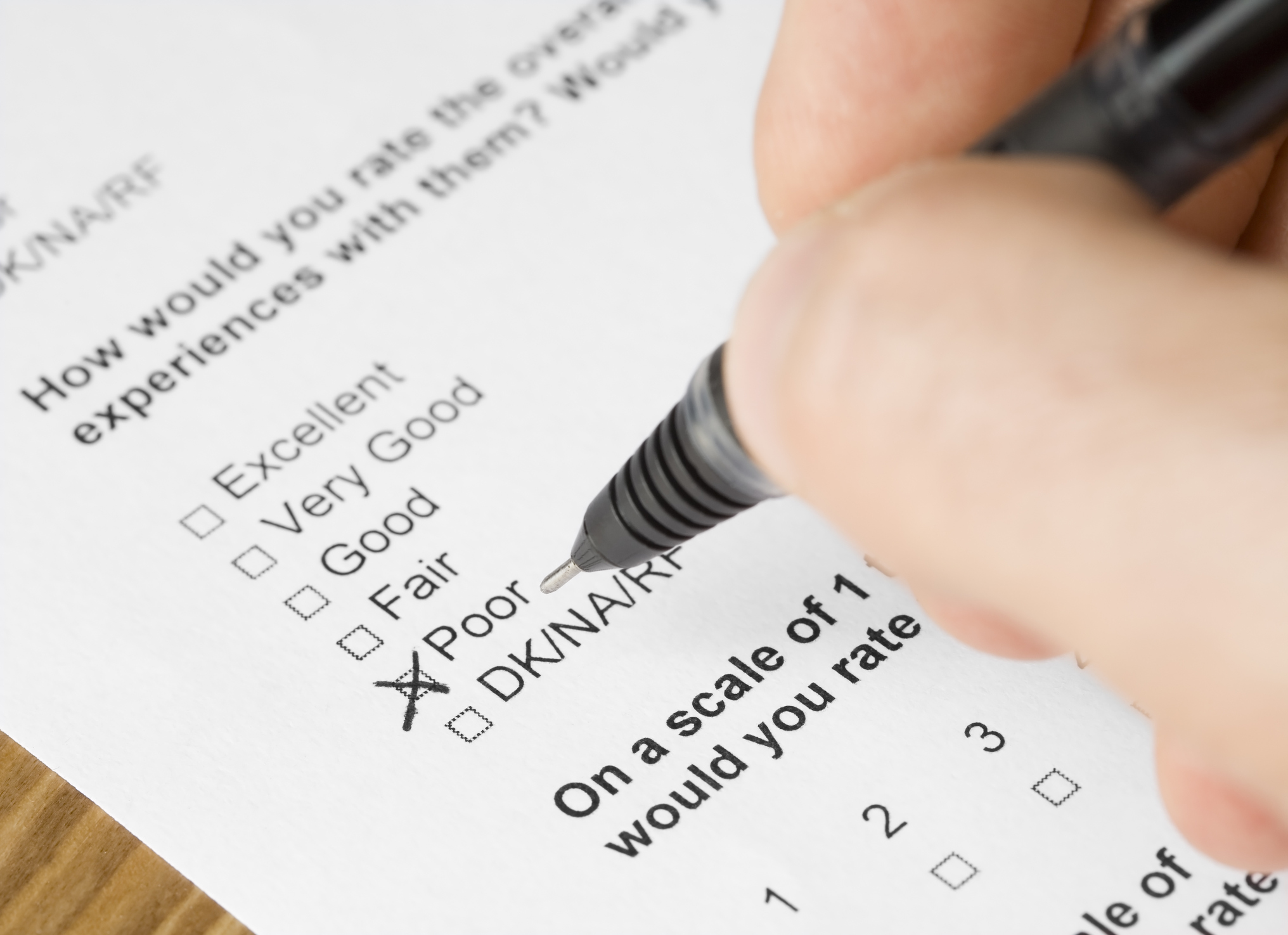 The opioid crisis is pinpointed to a variety of sources, yet those blamed the most are doctors. Doctors are criticized for their generous prescribing of prescription painkillers that led to patients developing an addiction to the drug. Drugs like oxycodone were for a long time easily prescribed until recently. Once the prescription drugs became more difficult to obtain, addicts turns to heroin thus resulting in the shocking epidemic we are in today.

However, there is more to the story. Turns out, patient satisfaction surveys may be another major part of the puzzle. These surveys continue to influence doctors today. To understand the problem, you have to understand the influence these surveys have. Doctors incomes are based on survey scores, and patients who are not given a desired prescription leave doctors a low score on their satisfaction surveys.

The Opioid Crisis: Behind the Scenes

An article published in The Fix explained the behind the scenes in hospital emergency rooms. ER doctor of osteopathic medicine Gerald O’Malley opened up about what he considers to be the biggest culprit in the opioid crisis. With over 25 year of experience, he understands the depth of the epidemic from a medical point of view.

The culprit is the hospital satisfaction surveys mandated by the Centers for Medicare and Medicaid Services (CMS). CMS is a government organization that dictates payment for medical surveys and sets the agenda for the entire insurance industry.

The problem with these surveys is that they contradict the doctor-patient relationship dynamic. Instead of the relationship being about trust and integrity, it becomes about the doctor pleasing the patient for improved survey scores. The physician no longer is an adviser, but a corporate spokesperson. Hospital administrations hand out scripts to memorize and recite.

“We were told to say, ‘Hi, my name is So and So, and I’ll be your doctor today,’ and ‘Please let me know if there’s anything we can do to make your experience here more pleasant.’ It was incredibly insulting to me, and what you’d expect from a waiter or electronics salesman,” said O’Malley. “I like to treat people as individuals, not somebody who came to the ER to spend money.”

At Albert Einstein Medical Center in Philadelphia, O’Malley described a common scenario where staff were routinely lectured by the department chairperson. They were told their survey scores would be judged and to be aware of the consequences of low performance.

“Then, just to be dramatic, I guess, the chair quoted a line from The Godfather,” said O’Malley. “He said, ‘This is the business we’ve chosen.’ Which meant, if you don’t like it, get out.”

What the Surveys Require:

The expectations to earn a high score on these surveys have little to do with a doctor’s ability to take care of a patient.

“It had nothing to do with medical care,” said O’Malley.

Instead, the surveys instill behaviors such as having staff knock on doors and introduce themselves. Doctors also must accommodate the requests of their patients.

“We had to allow as many people into the room if they requested it. One time there were five family members; two in wheelchairs. There was literally no way for me to get to the bed. I had to play traffic cop and say, ‘I’m sorry, I understand you all want to be here but I need to perform an exam so some of you have to leave.’

Seems like an appropriate request from a doctor attempting to do their job, however administration does not see it that way.

“That kind of honest, blunt conversation was frowned upon by the administration. They don’t practice medicine so they don’t understand that it’s fucking impossible to try to talk to someone about anything sensitive. They may not want their family members to know what drugs they’ve taken. But asking everybody to leave is uncomfortable.”

In addition, these surveys request that medical personnel sit during consultations. Studies show that sitting down makes customers feel like their physician is with them longer. That sounds manipulative because it is, but O’Malley says the point is to give customers the perception of good care. Moods matter too.  Medical personnel are to maintain their energetic demeanor despite physical exhaustion from working long hours.

Drug Abusers:  Doctors Struggle to Do the Right Thing

When it comes to patients seeking narcotics, their opinion of their doctor will largely relate to whether they leave with a prescription. Unfortunately, doing the right thing in this situation can negatively affect a doctor’s survey results and stir up conflict.

“They’d walk in and say, ‘I need two milligrams of Dilaudid 4 with 25 milligrams of Phenergan,’ and, ‘Come on, chop, chop, let’s go. Snap to it.’ Or they’d say, ‘I’m going home now, so I need a prescription for 50 tablets of oxycodone.’ After looking up their records in the computer, I’d have to say, ‘Hang on, you just got a prescription for 50 tablets of oxycodone last week.’

“Then suddenly, you’re in a confrontation. The patient is yelling ‘I want to speak to your boss!’ If it’s 2:30 in the morning, I was the most senior person there. In those circumstances I knew this was somebody abusing oxycodone or selling it in a school playground somewhere. So then it’s ‘What do I do now?’ Did I really want to deal with this for the next two weeks, having to explain why this guy got so pissed off and gave me bad survey numbers?”

In situations like these, doing the right things becomes a difficult decision. It is easy to see why doctors sometimes choose the easier route of prescribing the requested meds. Emergency room visits are skyrocketing because of lack of healthcare. Many addicts go to ERS because they are open 24 hours.

“I had a guy show up at three in the morning with a herpes outbreak. He said, ‘I need Acyclovir and Zovirax cream.’ Okay, that made sense. But then he said, ‘I need something for the pain—Percocet or Vicodin or Dilaudid.’ I go, ‘Dude, you’ve got herpes. It’s not like a broken leg.’”

When the patient is denied their prescription, they  may soar into a roaring fit, demanding to speak to higher authority and provoking further conflict. Sadly, it is easier for some doctors to decide to not do what is right, but what is easier. After all, their survey scores are sent to the CMS who use those scores to distribute reimbursements.

“Look,” said O’Malley, “we have certain metrics we have to meet. If CMS doesn’t like our scores, then, guess what? They’re not going to reimburse us. We’re going to be out money.”

Even when doctors tighten up on prescribing painkillers, it leaves behind those who need them most: chronic pain sufferers. Dr. O’Malley admits when a chronic pain sufferer comes into the ER late at night requesting a prescription for an opioid, it puts him in a difficult position.

“I’ve never seen them before. I don’t know if the stuff they’re saying is true. I don’t want to see people in pain but I have a social responsibility not to contribute to this opioid epidemic. They say, ‘I don’t care about your social responsibility. I want my narcotics NOW! If I don’t get them I’m going to slam you on your evaluation.’”

When it comes to administering Narcan (naloxone), Dr. O’Malley sees the increase availability of Narcan as a positive force in the opioid epidemic. When doctors revive patients, they often become belligerent with medical personnel.

“They jump off the bed, and run out of the ER. That is terrifying. Narcan is only going to last 20 to 30 minutes. If they overdosed on opioids like methadone or oxycodone they’re going to go back into respiratory arrest, or pass out at the top of a staircase, or get behind the wheel of a car.”

Sadly, the epidemic is only getting worse.  The worse part, O’Malley says, is having to tell families their children have died because of an overdose. Therefore, despite the consequences of bad survey scores, it is important all doctors take a stand in preventing the amount of overdoses reported annually in the United States. They must do the right thing.

Every 19 minutes, someone dies from opioids alone. The opioid crisis is complex and it may take time to figure out the right solution; however that does not mean you should give up. Treatment is critical and if you or someone you know is currently struggling, the time is now to seek treatment. Do not wait. Seek treatment today.