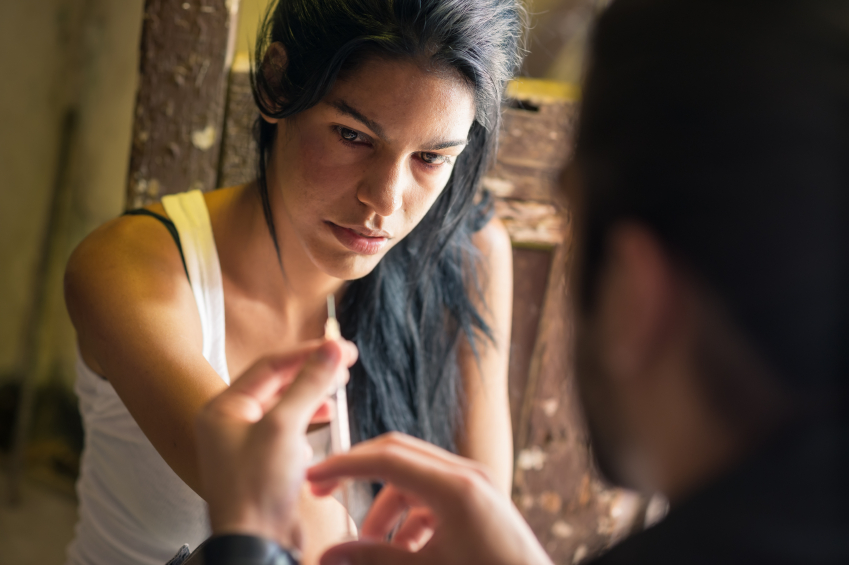 This morning the news feeds have all been flooded with the recent announcement that the mayor of Ithaca, New York wants to get his city some radical support in the fight against the heroin epidemic in the form of one of the more debated strategies of harm reduction– the first supervised injection facility in the United States!

The concept of a supervised injection facility is to allow heroin users to inject illicit drugs under the care of a professional nursing staff without the threat of arrest of prosecution, so that in the event of overdose or other risks created by intravenous drug use there would be experienced and qualified medical personnel available to keep addicts as safe as possible and prevent death or further spread of disease.

There are already several other countries using supervised injection sites to combat the devastation caused by heroin and other opiate drugs, including:

All this has been in an effort to reduce the insanely despairing death rates. However, here in the United States the idea of creating a supervised injection facility has a lot of obstacles including legal and political objections. Well now Ithaca Mayor Svante Myrick insists it is time to make the necessary changes if we have any hope of pushing through the issue with heroin and opiate addiction and the resulting deaths.

Supervised injection sites used to be considered outlandish and impractical ideas, and now they are being discussed more and more in response to huge increases in overdose deaths nationwide.

Canada’s first supervised injection facility opened in Vancouver in 2003, and since then there are some pretty noticeable changes:

The Story for Mayor Svante Myrick

According to Myrick his plan is to ask New York’s Health Department to declare the heroin epidemic a state health crisis, which would enable his city to proceed without involving the state legislature.

During his explanation to an Associated Press interview he explained his personal story in connection with addiction in a powerful statement:

“My father was a drug addict. He split from the family when I was 5,6 years old. I have watched for 20 years this system that just doesn’t work. We can’t wait anymore for the federal government. We have people shooting up in alleys. In bathroom stalls. And too many of them are dying.”

At one point heroin was noted to be killing more people in New York than homicide, so it is no wonder Mayor Myrick is pushing so hard for a resolution.

4 Pillars in the Ithaca Plan

Supervised injection facilities are just one part of Myrick’s 4 pillar drug policy proposal called “The Ithaca Plan,” with different elements of focus for a comprehensive movement against the mounting addiction, including:

For more robust mental health services and more avenues of communication with mental health professionals to get people the help that they need before they turn to drugs.

Suggests other programs based on drug maintenance rather than abstinence based programs.

Following the model of Seattle drug enforcement program LEAD (Law Enforcement Assisted Diversion) to get addicts into treatment instead of jail.

Establish a 24-hour crisis center where addicts can go if they are worried they might overdose or are facing withdrawal symptoms, along with supervised injection facilities.

The truth is some law enforcement officials and community leaders, along with former addicts, believe these kinds of supervised injection facilities are not the answer, and that they will only make the situation worse because it will encourage heroin users to continue using. Some say if there are not consequences for their actions what incentive is there to stop?

Ultimately there is plenty of room for argument on both sides of the fence. People who protest supervised injection facilities probably have some ground to stand on as far as being worried that some drug addicts might take it as an endorsement to keep using dangerous and deadly substances, but others will insist that addicts don’t need the endorsement, they will use anyway.

My personal opinion- if supervised injection sites help to keep people from overdosing and dying they might just be worth the risk. Plus most supervised injection facilities actively promote drug treatment to addicts and provide services to help people find the right kind of recovery program for them when they are finally ready to stop using. A lot of lives could be spared in the process, and with most cases in countries where these facilities exist they see an increase in treatment attendance.

The question now is, if one was to open in New York, would this tactic be implemented in other areas and how would people across America react?

While many still don’t think supervised injection facilities are an acceptable form of harm reduction, the truth is that lasting recovery is still possible through holistic drug and alcohol treatment, and with the right recovery plan freedom from all other ties that bind lead to an amazing life. If you or someone you love is struggling with substance abuse or addiction, please call toll-free 1-800-951-6135