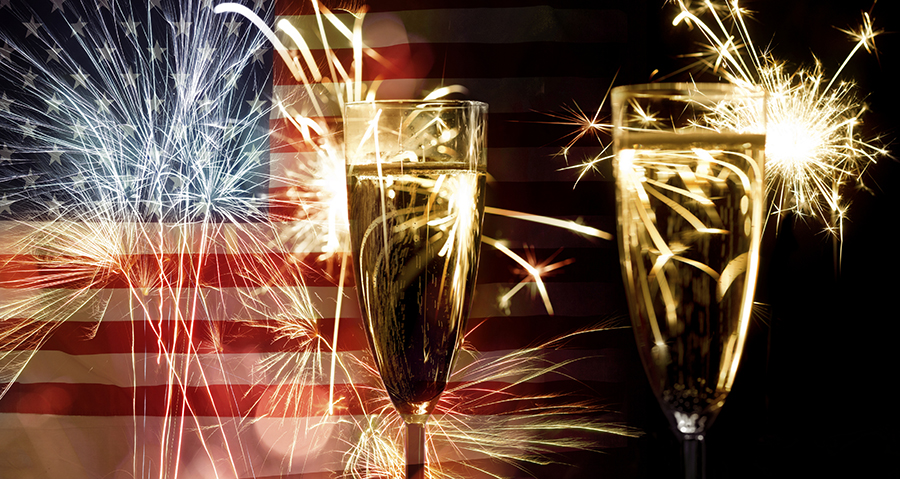 It’s hard to imagine running an entire country but being inebriated while doing it? For a few presidents, this was a daily reality.

Looking back, a lot of our presidents were huge drinkers and by today’s standards, many of our former presidents would have even qualified as alcoholics.

“Being president is a high pressure job, and it’s a surprise anyone gets out of there alive, much less sober,” says journalist Brian Abrams, author of the book Party like a President: True Tales of Inebriation, Lechery and Mischief in the Oval Office.

Even a close look at America’s most celebrated moments will reveal alcohol playing some kind of role. When the Mayflower carried the pilgrims to Plymouth, she carried several barrels of beer along with her.

In some of the earlier presidential terms, alcohol was looked at much differently than it is today. Back then, there was really nothing exceptional about our founding fathers beginning the day with a beer.

Let’s take a trip through time. Here are 10 presidents, in chronological order,  who had quite a liking for liquor:

Throughout the Revolutionary War, Washington made sure his men were given one cup of rum each day.

He also was a huge fan of wine, especially French wine. In fact, when the colonists desperately needed the French to help them fight the British, Washington would exchange letters with French generals discussing their favorite wines.

John Adams was a drinker from the beginning. He actually started drinking at the tender age of eight and went on until his death…at age 90.

Buren was one of those high functioning alcoholics. He could drink for days and not show any signs of being intoxicated. It was to the point that his friends gave him the nickname “Blue Whiskey Van.”

In 1840, William Henry Harrison’s campaign painted Van Buren as an alcoholic which contributed to him losing the election.

When the Democratic party decided not to re-nominate Pierce after his first term in office, he told reporters,

“There’s nothing left but to get drunk.”

Franklin Pierce might have been America’s MOST alcoholic president. He drank hard for his entire adult life and kept going right on through the end of his presidency.

One report has it that Buchanan flipped when he found out the white house would only be stocked with small bottles of champagne.

That’s why every Sunday, he’d go to a distillery and pick up a 10 GALLON jug of whiskey. According to reporters, he’d drink cognac and up to two BOTTLES of other alcohol every night.

If you’re thinking he was a drunken mess 24/7… not really. This president also knew how to hold his liquor.

He remained calm and cautious on the outside so most people around him did not know he was drunk.  On the inside though, his body was suffering.

Soon his immune system was so weakened by such high alcohol consumption, he developed serious stomach issues like inflammation of his intestines on several occasions.

Famous General Ulysses S. Grant drank a staggering amount of Old Crow whiskey throughout the war. While many were shocked at his constant inebriated state, he went on to become one of the most celebrated generals of the war and was twice elected as president.

Grant has the biggest drinking reputation of any U.S. president. One report stated that during Civil War battles “he’d just sit there, drinking, all day long.”

Grant had attempted to gain sobriety many times and wanted to control his drinking. Time and time again though, Grant returned back to the booze.

Fun Fact: When Ulysses S. Grant was on his death bed he passed out and a doctor was able to revive him and give him a couple of extra minutes of life…by giving him brandy.

As president, Arthur put on close to 40 pounds in office. A lot of this was due to constant drinking and having friends come over to drink on a nightly basis. Arthur was quite a social butterfly.

Sadly, it caught up to him and it is believed that his heavy drinking caused Arthur’s kidney failure and death at 57 years old.

Unlike most presidents on this lists, the case of Nixon is a considerably darker one.

In the book, One Man Against The World: The Tragedy of Richard Nixon, journalist Tim Weiner paints a picture of the 37th president as a paranoid madman, driven to shameful behavior through crippling addiction and mental collapse.

Evidence for his behavior come from newly released recordings from the Nixon administration.

In the book Weiner reports:
• Nixon had been up all night drinking when he accepted defeat in his 1960 bid for the presidency, delivering his infamous line, “You won’t have Nixon to kick around anymore,” to reporters.

• By 1968, his close adviser John Ehrlichman was ready to call it quits over Nixon’s drinking.

“He was convinced that Nixon’s drinking could cost him any chance of a return to public life,” Weiner writes. “He had seen Nixon drunk during the 1960 and 1962 campaigns and the 1964 Republican convention, and he made him take the pledge: ‘If he wanted me to work for him he would lay off the booze.’”

• During Watergate, Nixon took Seconal, a barbiturate, as a sleep-aid, and Dilantin, a drug that leveled you out and was later diagnosed to people with bipolar disorder.  Because he would combine the drugs with alcohol, it heightened the effects.

“It wasn’t so much that he was a huge drinker, but one scotch with the pills would mess him up. He’d drunk dial people in his cabinet, his staff, or his old football coach, who would listen to Nixon until he’d mumble himself to sleep.”

• According to Weiner, Nixon’s constant insomnia and drinking fueled his aggression in the war in Vietnam.

Bush was quite the party guy in college and engaged in fraternity parties, secret societies and football weekends during his Yale days.

According to some sources, Bush spent much of his time at Yale and a portion of his adult life as an on and off again alcoholic. Bush was arrested for driving under the influence in the ‘70s. The revelation of Bush’s criminal record did not cost him the presidency.

By all accounts, George W. Bush remained sober throughout his presidency, and continues to abstain from alcohol to this day.

Obama has admitted to smoking cigarettes, pot and heavily drinking in his youth. Although Obama has put his past behind him, he has a way of keeping the tradition of alcohol and presidency alive.

The famous “beer summit” where race relations were discussed in the Rose Garden or when he smoothed over a phone tapping scandal with a beer alongside the German Prime Ministered.

Obama puts out a message of casual down-home drinking and no gossip about overindulgence has emerged involving the current president.

While some presidents have worked to ban alcohol, others have worked to drink as much as possible. Others, like Obama, encourage the social aspects of the occasional drink in moderation. Overall though, alcohol has been a part of American history just as much as anything.

We as a society have learned that excess booze will kill your body and wreak havoc on your emotions. It’s always interesting to look back at previous presidents lives and find out how they handled drinking. Being a president is a high stress position but of course abusing alcohol is never a healthy way of coping with stress and emotions. If you or someone you love is struggling with substance abuse or addiction, please call toll-free 1-800-951-6135