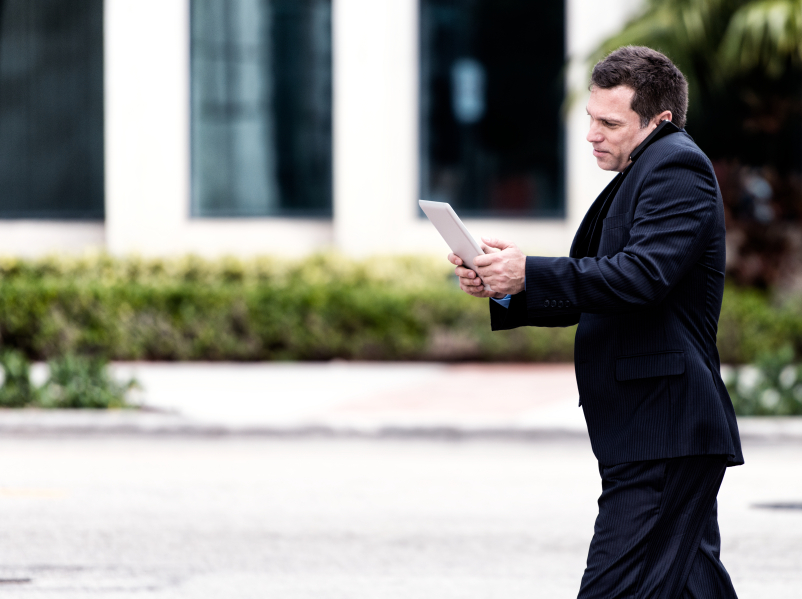 Have you ever bumped into something or even someone because you were too busy using your smartphone? If you have, you are not alone. Nowadays, smartphone users have become accustomed to walking down the street without taking notice of their surroundings.  Because of this reality, a city in Germany has decided to embark on an interesting experiment. Germany will soon add traffic signals on sidewalks that will enable pedestrians to gauge for traffic flow without having to look up from their devices. That’s right; Germany is installing traffic signals because it would be absurd to expect people to, you know, pay attention?

Sarcasm aside, smartphones are becoming a major problem when it comes to texting while driving, and even texting while walking. It may seem like a minor issue to walk and glare at your phone, but people have actually died from it. Over the past few years, there have been increasing numbers of pedestrians who have either come very close to getting hit or who have been fatally hit by a car because they were lost in the glare of their cell phone screens.

In Augsburg, Germany, traffic signals will now be over the course of the pedestrian sidewalks.  Reports indicate that the lights will be visible from meters away which many say will have the added benefit of helping city cyclists.

To some, the concept may seem like a unnecessary waste of money. However, Lermen believes the contrary is true. A recent survey in several European cities found that 20 percent of pedestrians were distracted by their smartphones. Young people are especially vulnerable because they are more likely to risk their safety for a quick look at their Facebook profiles or WhatsApp messages, the survey found.

Could it be overkill? Maybe. Still, there is no denying that distracted walking can have tragic consequences.  For a while, pedestrian fatalities were going down. Between the mid-70s and early 2000s, pedestrian deaths declined to around 11 percent of all motor vehicle fatalities. Now, the numbers have jumped 15 percent climbing to 4,735 fatalities in 2013. That breaks down to 1 pedestrian death every two hours!

Cell phones are a major culprit of these accidents. The percentage of pedestrians killed while using cell phones has risen from less than 1 percent in 2004 to 3.5 percent in 2010. The numbers continue to soar as more apps are created, and more kids are being born in a smartphone-dependent society.  Also, the numbers of pedestrians injured while on their phones have doubled since 2005.

Clearly, there is a need to encourage young people to pay attention to their surroundings. Philadelphia has made some changes to help combat the problem. They came out with the campaign, “Road Safety, Not Rocket Science” that tried to influence the younger generation in a fun way. Their slogan was “pick your head up, put your phone down.” The campaign focused on giving people “mock tickets” for using their phone instead of being focused on their environments. Although the tickets were not real, they allowed people to be aware of their behavior.

Phone addiction is a topic that has been thrown around quite a bit the past few years. Although the concept of it is still controversial, the truth is, many people find it unreasonable to be without their phone for long periods of time. At the end of the day, it is important to remember that being in the present is the most important thing for your health. Try to put the phone away for a moment and instead, take in all your surroundings.

Using your phone all the time may be tempting, but it is dangerous. Pledge to stop distracted walking and get your friends involved. You never know whose life you could change.If you or someone you love is struggling with substance abuse or addiction, please call toll-free 1-800-951-6135.