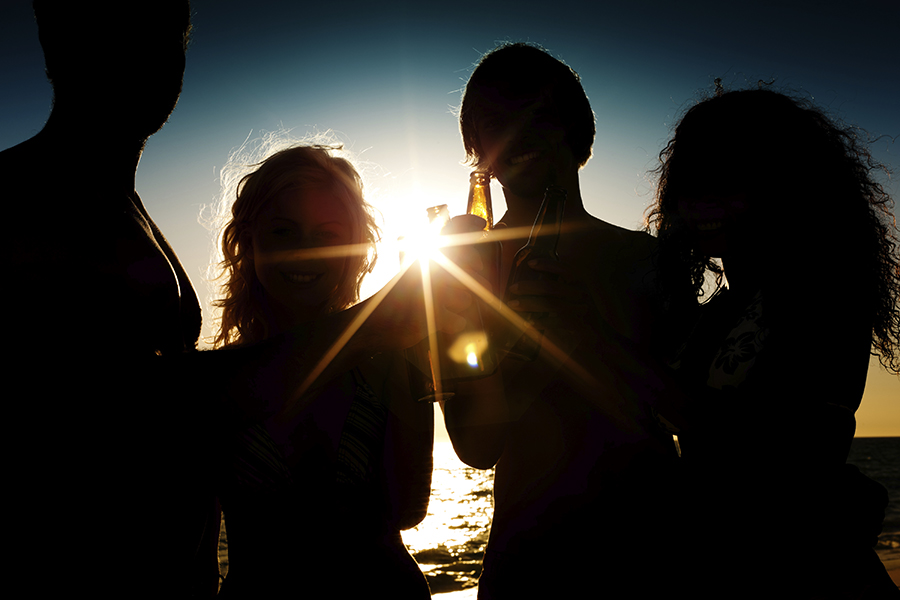 Summertime is good for a lot of things, not just the sunshine and lighter clothes (although here in Florida we get that all the time, just saying). Of course with the amazing weather comes more of the great outdoors and every activity under the sun, and for a lot of Americans drinking is involved.

So one company decided to take some tallies and see which states drink the most during the summer, and some of these results may be a little surprising to a few residents.

BACtrack is a company from sunny California specializing in breathalyzers, specially the portable kind. The company collects and shares consumer Blood Alcohol Content (BAC) data for review and analysis that is used in these reports, and this is the 4th report so far they have made using their data.

The data provides insight into alcohol consumption patterns around the nation, and is regularly updated and analyzed.

In this report the company examines average BAC (Blood Alcohol Content) levels during the summer months of 2014 including:

The data was collected anonymously from over 71K unique BAC tests from users of BACtrack Mobile, BACtrack’s award-winning smartphone breathalyzer, and BaCtrack Vio, which sync with their app. The report was collected from users in the United States with data storage activated, location services turned on, and does not represent data from all users.

When Do Americans Drink the Most?

According to BACtrack data, the summer drinking rates start and finish on a high note, only experiencing a slight decline towards the end of July. The summer is obviously a prominent drinking season, with over 47% of days throughout the 3 summer months (June, July and August) generating an average BAC above 0.060%, which is actually the national average throughout the entire year!

When are America’s peak drinking days from the summer?

The first place spot for ‘Most Drunk Day of Summer’ is actually a tie for last year. The average BAC was 0.082% and the 2 days were:

Another tie goes to the average BAC per month, with July and August both hitting about 0.063%, but according to this data Americans drink the most in June, with an average BAC of 0.066%.

One fun fact that probably wouldn’t come as much of a shock is Mondays and Tuesdays are the days with the least drinking.

It’s probably safe to say that summer is a big drinking season, and it can be a tempting time for an alcoholic. Between taking vacations and attending holiday functions, some people recovering from alcoholism might find it a little hard avoiding a drink.

Sobriety isn’t a seasonal thing. Lasting sobriety doesn’t really depend on the weather or the holidays, just on the action an individual is willing to put in to stay sober. This summer relax and enjoy all that sunshine, but also stay true to the things in life that keep you happy and fulfilled.

Take part in some new summer activities, go on an adventure, spend time with your sober supports or whatever it is you do to stay active and involved.

For the alcoholic who still suffers, the summertime can be a hard time to give up the life, but making the decision to stop drinking may be what ensures you another summer. If you or someone you love is struggling with substance abuse or addiction, please call toll-free 1-800-951-6135