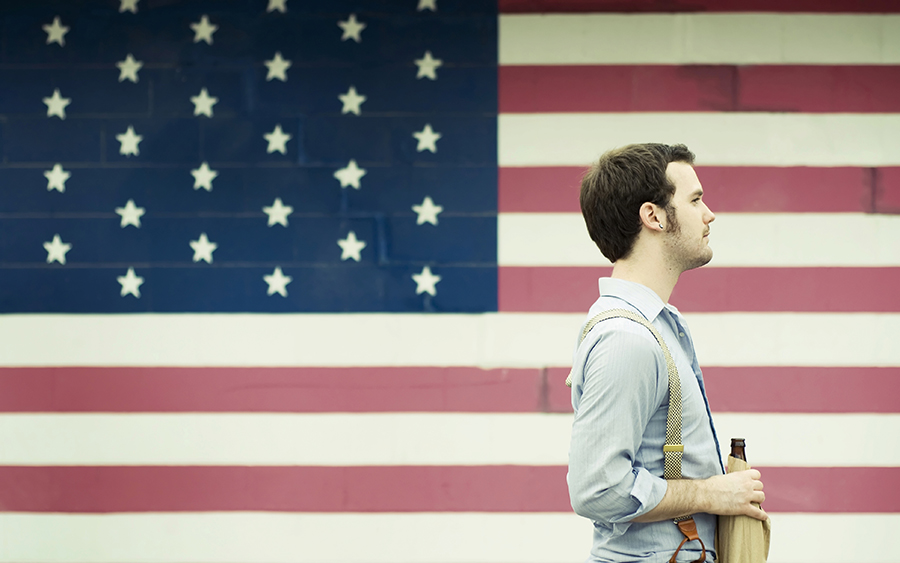 America and alcohol have always had a pretty intimate relationship. There was a rough patch there for a while when some people tried to push alcohol out of the picture, but prohibition didn’t do too well, and since then alcohol has become a center-piece in the media and in every-day life. But as thousands of Americans can attest, the risks some of us run with alcohol are incredibly injurious.

Beer commercials, happy hours and pop music seem to saturate our lives today, but are Americans underestimating alcohol? Recently concerns have turned to the growing threat of opiate addiction and prescription drug abuse as public enemy number one, and understandably so. But are too many people forgetting the severity of alcoholism?

Federal health authorities have reported this week that statistics showed six Americans die from alcohol poisoning daily on average. This report is the first to tally alcohol poisonings for the entire American population put out in a decade by the Centers for Disease Control and Prevention (CDC). Most previous analyses looked at certain groups, in particular young people, but this study found that the highest mortality rate went to middle aged men.

The agency conducting this research found some troublesome information about alcohol poisoning alone, and determined that:

Dr. Robert Brewer heads the alcohol program at the CDC, and he explained how the study found the problem to be beyond what earlier studies had been so quick to concentrate on.

“Most previous studies have looked at college kids and young people, but the problem is bigger than that. It was surprising that the number of deaths was so concentrated among middle-age adults.”

Due to this recent information the CDC admitted that the issue of death caused by alcohol poisoning was much bigger than earlier anticipated, but said it was impossible to confirm whether the death rate had risen in recent years because researchers had changed how they track the data.

When some is consuming large amounts of alcohol in a short period of time, blood-alcohol levels rise very quickly, this can easily overwhelm the body’s ability to respond. Excessive drinking such as this can cause parts of the brain to shut down, including those that regulate:

Binge drinking is most typically the common factor that contributes to these kinds of excessive drinking deaths.

Binge drinking or ‘heavy episodic drinking’ is frequently defined as consuming heavy amounts of alcohol over a very short period of time with the intention of getting intoxicated. To be more specific this CDC report defined binge drinking as:

That example may surprise most people as being a very different definition than their own. According to that standard of binge drinking, over 38 million adults report binge drinking an average of four times a month! That definitely seems like more people are underestimating the dangers of alcohol. Yet the vast majority of binge drinkers (about 90%) say they are not alcoholics.

While the report suggests that on average alcohol dependence was a contributing cause in just 1/3 of the deaths, that is to say that the victims of alcohol poisoning were not diagnosed with alcoholism. Any alcoholic in recovery will tell you, it’s typically up to you to determine your alcoholism for yourself. Still 1/3 of the deaths are a big number.

Using a system based on 16 measures of impact on the individual, their community and society as a whole, he found that alcohol had the greatest negative impact. Alcohol ranked top out of 20 other drugs including heroin and ecstasy.

Most people aren’t aware of some interesting information about alcohol, such as:

According to statistics from another study, 24 million adults over age 18 make up the top 10% of American drinkers. This demographic on average consumes 74 alcoholic drinks per week, that’s actually 10 alcoholic drinks per day. So just think about that in correlation with how the CDC reports defines binge drinking with 4 or 5 drinks.

Alcohol is a drug. Most people don’t seem to acknowledge that, but it is the reality. By definition of the word ‘drug’ it definitely qualifies alcohol. Too many people, American or not, are under the false impression that alcohol is a much safer drug. But that is only stigma, because alcohol is easily considered the most dangerous because it is legal and available, and it kills the users and has the potential to kill others around them. Drunk driving alone claims so many lives alone.

We need to stop underestimating alcohol as a culture, and do what we can to raise awareness, innovate treatment and better understand those who are struggling.

Alcohol is a drug, and alcoholism is a disease. America is known as the land of the freedom, but alcoholics find themselves trapped and oppressed by the disease of alcoholism, and sadly it takes the lives of many people every day. Recovery from alcoholism is a reality, and in that reality we find the freedom that is part of that American dream. If you or someone you love is struggling with substance abuse or addiction, please call toll-free 1-800-951-6135