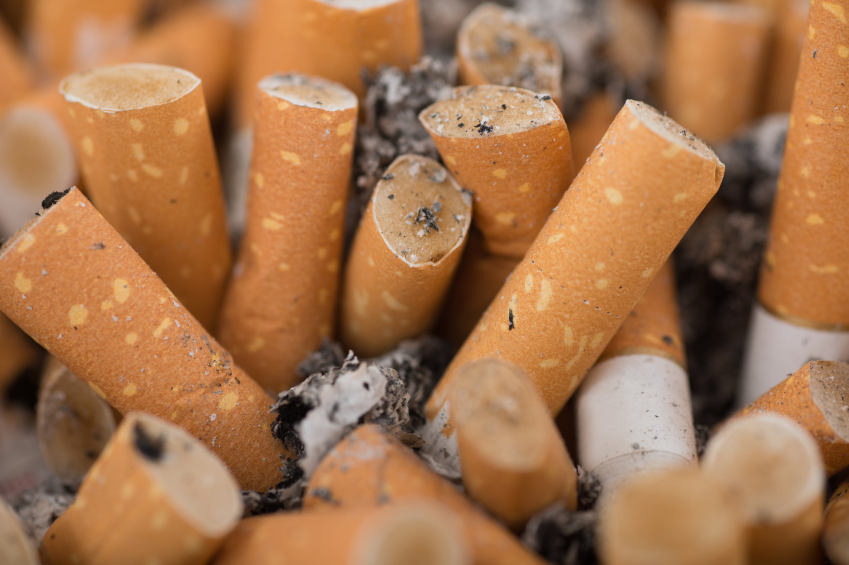 There’s a new study that explains why people continue to smoke cigarettes after their first try. As a non-smoker, this researched sparked my interest. I’ve been known to ask my friends that smoke why they picked up the habit of smoking cigarettes. Usually, I tend to get a variety of answers. Some say it was due to social pressure, others are influenced by their family and a few are unable to come up with a clear answer to why they started smoking. It just sort of happened.

Cigarette smoking is a habit that usually takes a few tries to acquire a liking to. For many, the first time is not enjoyable at all. It can result in a coughing fit and the taste can be quite an adjustment. The act of smoking is not like other drugs that are instantly enjoyable. The mind has to produce a craving for nicotine before cigarettes become as addictive as they are.

The study examined and characterized the body’s reaction to the first tiniest hits of nicotine. Researchers believe the study will lay the groundwork for future revelations about genetic and biological factors that make people vulnerable to nicotine addiction.

Essentially the study explored the idea of nicotine “reinforcement” and explained how some people are more vulnerable to nicotine addiction than others. Addiction researcher Roland R. Griffiths, Ph.D., professor of psychiatry and behavioral sciences at the Johns Hopkins University School of Medicine had this to say about the study:

“From an addiction point of view, nicotine is a very unusual drug. When you give people nicotine for the first time, most people don’t like it. It’s different from many other addictive drugs, for which most people say they enjoy the first experience and would try it again.”

Griffith’s explained in the article how he wondered why some people are nicotine avoiders while others are nicotine choosers. He theorized that there might be a genetic or metabolic vulnerability that makes people fall into one category over the other.

This is not the first time this idea has been explored. For decades, scientists have struggled to understand why so many people still become addicted to cigarettes. Personally, I do not hold anything against someone’s personal choice to smoke cigarettes. However, with so much attention on the dangers of cigarette smoking, why is it still fairly popular? The reason this interests me more than other addictions is because cigarettes usually are not enjoyable the first time someone tries. So why the second and third attempt? Why the commitment?

In an attempt to solve the mystery, Griffiths and his team explored the conditions under which nicotine reinforcement properties take hold of someone who had never smoked prior. Rather than use the same  dose of nicotine equivalent to what’s in a cigarette, nicotine patch or gum— the team decided to use doses that were ten times lower, barely of what is needed to notice nicotine effects such as relaxation, energy, better focus and change sin mood.

The researchers developed a double-blind study in which volunteers would either be given nicotine or a placebo. The goal was to find out what conditions would people become familiar to the mood altering effect of very low doses of nicotine.

For the study, 18 healthy men and women who had never or barely ever smoked were given two identical-looking pills labeled A and B each day for several weeks. The volunteers were told the pills could contain any number of substances ranging from caffeine, sugar, chamomile, ginseng, kava or nicotine.

Each volunteer was given one very-low dose nicotine pill at random intervals throughout the day. Every two hours, the volunteers were given different pills without being told what they were. They were to report changes in energy levels, concentration, drowsiness and jitters after each pill.

After ten days, they were given the same pills again, this time unlabeled. Eventually the volunteers could differentiate between the pills. Then they were asked if they would choose to take either pill A or pill B and to explain their decision.

The results were surprising. Half of the users chose the nicotine pill saying it improved their concentration, alertness, stimulation and better mood. The other half chose the placebo saying the nicotine pill—although they did not know it contained nicotine—made them feel light-headed dizzy or sick. The volunteers either had a good or bad reaction to the nicotine.

The study could be one of the few to show that people who have never used will either be “avoiders” or “choosers” after beginning to smoke. Just like some people are prone to falling into addiction because of natural physiological factors.

“I hope our findings will point the way toward future interventions that prevent or treat nicotine addiction, a topic of increasing importance in light of the expanding marketing of electronic nicotine delivery devices — e-cigarettes — to youthful nicotine nonusers.”

Personally, I think I fell into that “avoider” category because the after first time I smoked cigarettes, I never touched them again. Smoking was not my cup of tea however many of my friend really enjoy the habit. Just like any addiction, people respond in different ways.

Learning about how other people are more vulnerable to addition allows for a better understanding of human behavior. Please seek help if you find yourself falling into substance abuse. If you or someone you love is struggling with substance abuse or addiction, please call toll-free 1-800-95-6135