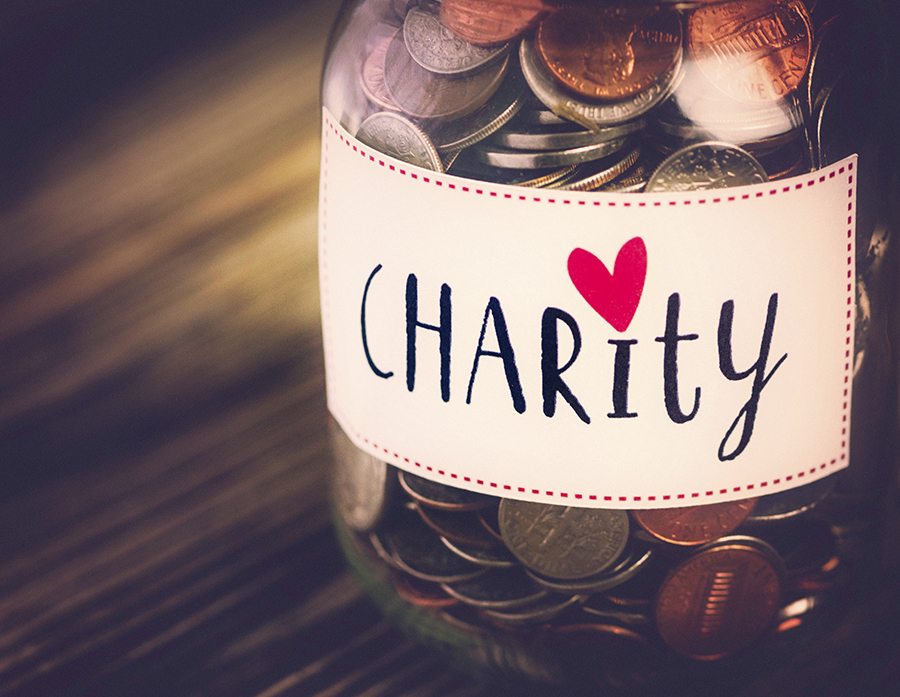 Being in recovery is all about giving back. And there are tons of ways to ‘give back.’ Besides time and energy, you can help out by also donating to organizations that do good works. Here are 10 charities that help the cause of addiction.

Founded by the tragic young singer’s father, Mitch, after her death from alcohol poisoning in July 2011, it focuses on music therapy and education programs, drug prevention programs and rehab services for children. They also offer drug and alcohol education programs in schools across the U.K, launched with the help of Russell Brand.

Former NBA star Chris Herren, a recovered Oxycontin addict who now has been sober for over six years, initially started the foundation to help pay for other’s drug treatment. It now involves other projects, such as creating sober culture in school for kids and a grant program to fund substance-free after-prom parties and events.

You might remember this one by the name of the Partnership for a Drug-Free America but, this nonprofit has not only changed its name; it’s also changed its focus on preventing teen substance abuse and on families who have been affected by drug and alcohol addiction. It provides parents with children who struggle with addiction with direct support, offers numerous teen-targeted efforts such as Above the Influence, and advocacy for greater access to treatment and support groups for teenagers.

#4. The Brent Shapiro Foundation for Alcohol and Drug Awareness

This L.A. based foundation advocates for a national awareness of drug and alcohol addiction. You may recall hearing about it when Khloe Kardashian endorsed it shortly after her infamous DUI in March of 2007. Among its projects are Brent’s Club, which works with a local Boys and Girls Club to offer sober activities to middle and high-school students. Save A Life cards are another project of this charity and they have been tracked to have reached more than two million people across the country. The foundation is also known for its drug prevention PSAs and two children’s books that were created with the purpose of helping parents introduce their children to the dangers of drugs and alcohol.

This charity was started by actor Ted Danson, and is a Los Angeles-based nonprofit. Its mission is to address the impact of drug and alcohol abuse of teenagers and families and reaches tens of thousands of families annually. They focus on the power of storytelling and communication, hosting teen assemblies and parent education meetings at LA high schools as well as counseling for schools and in family support groups. Some of the Angel’s At Risk funds go to scholarships that pay for teenagers and families to get outside counseling.

This nonprofit addresses the wide range of issues associated with addiction and mental health, including drug and alcohol abuse, depression, self-harm and thoughts of suicide. It was founded in March 2006 and has gone on to raise millions of dollars for organizations across the globe. It partners with universities, social networking sites, even music festivals, such as the Vans Warped Tour, in order to use the exposure to promote other already-existing professional health organizations, as they do not have their own. Donation monies go to programs like Hopeline and InTheRooms.com, as well as their own programs, such as the high school-focused campaign “The Storytellers.” Celebrities who have endorsed TWLOHA include Miley Cyrus, Joaquin Phoenix, and the band OneRepublic

Toni Saiber created this charity organization after she almost died while battling an eating disorder. This foundation uses an entirely volunteer base to run its programs, which are devoted to the prevention and elimination of eating disorders. Initiatives include presentations at schools and colleges across the country, partnering with local celebrities to raise awareness, and holding conferences during National Eating Disorder Awareness week.

Natural High was created in response to the failure of programs such as the “Just Say No” campaign and others with a prevention style found to be largely ineffective. Its goal is to provide programs that allow youth to discover and pursue their own natural high – hence the name – so they don’t feel the need to try or do drugs. Its digital platform allows kids to share their stories and connect with their drug-free peers. Natural High also offers a wide range of curricula and resources on their website for both educators and parents. As well, their project includes video testimonials of more than 40 celebrities who have chosen to say ‘no’ to drugs and their reasons why.  Included are pro surfer Bethany Hamilton, U.S. World Cup goalie Tim Howard and Grammy Award-winning singer Mya.

This one was founded by former R&B chart-topper Mario Barrett back in 2007, and it focuses exclusively on youth development by giving education, awareness and support to children of addicted parents. Mario’s own mother struggled with drug addiction throughout much of his childhood and so he has maintained a highly-involved role within the organization, regularly speaking to ‘troubled youth.’ This evidence-based program was also approved in 2011 by the American Medical Association, White House Office of Drug Policy and U.S. Department of Education, and partners with both local and national organizations. Fundraising is done on behalf of grassroots organizations and the foundation organizes public speaking engagements across the country.

Palm Partners does not endorse or sponsor any charities listed nor is it sponsored by these charities. If you or someone you love is struggling with substance abuse or addiction, please reach out and call us toll-free at 1-800-951-6135. We’ll do the rest. We’re available 24/7.