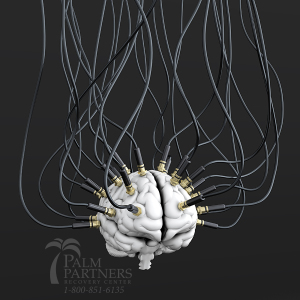 You might be a recovering addict but, I’m willing to bet there are other areas of your life that would qualify as active addiction. About 20% of you are smokers. For those without a recognized drug addiction – normies as we call them – about 10% use some other illicit drug; admitted alcoholics make up about 10%.

For the rest of you – the ones who think they’ve got addiction ‘licked’ or for those who don’t consider themselves to have any addiction problems at all, you’re about to lose a game you don’t even know you’re playing.

Here are 6 ways addiction is in our blood and is being exploited:

If you insist you’re not an addict because you’ve never bought pawned anything to pay for your habit or had to get what you needed in a dark alley, think about this: caffeine and nicotine are addictive substances, too…have you ever experienced a headache or irritability if you go without that morning cup or smoke (if you do smoke)? If so, you’re having withdrawal symptoms and that’s a sign of addiction.

Tobacco, alcohol, and caffeine alone probably cover just about everyone reading this and that leaves out other “gray areas” of addiction that we’ve just begun to understand and accept as real issues: food addiction, sex addiction, internet addiction and so on. That is, if it’s not illicit or prescribed drugs, coffee, or cigarettes – then it’s probably food (ever eaten something you regretted or too much at a meal and hated yourself for it?), or some behavioral addiction, such as compulsive gambling.

#2. We’re hardwired for addiction – all of us

The first act of human civilization was to make beer. It’s true.

The ancient Sumerians, the first humans to establish something what looked like an actual civilization, used half of their grain in order to brew beer. The importance of that, alone, is that it is believed to be the driving force behind why humans went from nomadic hunter/gatherer tribes to settling in large cities and, later, nations. Alcohol is difficult to make on the run and therefore the answer was to settle down and brew it. Ironically, having to deal with the complexities of civilization is the reason most of us turn to alcohol.

After beer, it was opium (at least 6,000 years ago), then caffeine (going back at least 5,000 years) first in the form of tea and later coffee, which only goes back about 700 years, when it was “discovered” and then promptly started taking over the world.

#3. Addiction is a source of exploitation

Here’s the thing: once we know exactly how addiction works, it will be that much easier to take advantage of it which translates into there being far more money in the exploitation of addiction than actually curing it.

Consider this: just a few decades ago, snack-food makers wanted to boost profits (as any good businessmen do) and so they had a novel idea: seek out scientists and have them figure out how to create addictive foods. Not only do these foods incite powerful cravings for more, they also never actually satisfy your hunger.

Snack foods are created to please your taste buds and the pleasure receptors in your brain, without actually triggering the “it’s time to stop eating” response that every human has as part of their normal bodily function. In other words, they had found out how to manufacture foods that would trigger that same overload of dopamine, serotonin, and endorphins in the brain as narcotics.

#4.  Addiction and will continue to be exploited because it is profitable

Society wants addicts just so long as they can ‘behave’ themselves.

Any civilization wants citizens who work all day, sleep all night, and spend their free time consuming goods (i.e. spending money) and/or sitting motionless on the couch. This is much more desirable than say, having its citizens wreaking havoc in the streets or else getting (rightfully) angry and demanding “change.” In other words, it wants stability; complacency.

#5. The ‘System’ is totally onboard

The best way to pacify a person is to simplify their life’s goals to one simple need: feeding their addiction. An addict can become OK with anything – their status in life, their dead-end job, the system overall – as long as they’re getting their fix.

Take for example the recent steps towards weed legalization. It may not be as detrimental as meth, or alcohol, but it’s really good at making you OK with sitting motionless on your couch. If you’re working all day to make money to buy weed, then spending your free time stoned on the sofa, you’re the perfect drone. So many people are OK with living paycheck-to-paycheck as long as they can afford their habit, whether it’s weed, video games, or Twinkies®.

We’re letting someone else hijack our brain’s pleasure centers and placate them with easily-attainable chemicals rather than authentic experiences that we evolved to experience as pleasure:  a high from a successful hunt or winning a battle, securing food, making a friend, or falling in love. In other words, all the things that actually improve your life.

Once ‘they’ can decode how to artificially create those feelings of bliss with various combinations of chemicals or stimulus, we’re screwed; chemicals will always be more easily-acquired than the actual pleasures they’re replacing.

There’s a double standard when it comes to addiction: they are either harmless or the result of an uncontrollable urge, while others are a result of moral failing on their sufferer’s part. For example, food addiction is a shameful, disgusting display of moral weakness, however, the same person passing that judgment may have Red Bull, beer, and weed in their apartment because, that’s what they need to relax and get through the week. In fact, that fat-condemning person probably boasts about how much weed he smokes, and how much beer it takes to get him drunk. As if all of those are cool, manly accomplishments and not clear-cut evidence of his own lack of impulse control.

This is society’s approach to addiction: the divide-and-conquer tactic.

Addiction is real. And it’s not a choice or moral failing; it’s a disease – one that lasts a lifetime. The good news is that healing and recovery are possible. Call an Addiction Specialist at toll-free 1-800-951-6135 to learn more.