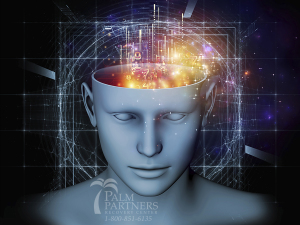 If you’re like me and many others with a history of addiction, you have also – at one point in your life – been diagnosed with ADHD. Just what is it about ADHD (and addiction) that has us constantly seeking ways to increase pleasure – both harmful and innocuous?

It comes down to dopamine.

Neuroscience research has recently shown that people with ADHD have brains that are actually hard-wired for ‘novelty-seeking.’ And this is a trait that, until relatively recently, had a distinct evolutionary purpose and even advantage. When compared with people who don’t have ADHD, people with the so-called disorder have slow and underwhelmed brain reward circuits, which leaves everyday life feeling routine and under-stimulating.

In order to compensate for this, people with ADHD are typically drawn to new and exciting experiences (hence novelty-seeking) and become characteristically impatient and restless with the regimented structure that typifies our modern world.

In short, people with ADHD may not have a disorder or disease, but more of a set of behavioral traits that just don’t fit the expectations of our contemporary culture.

The release of dopamine in the reward circuit of the brain is incited by rewards such as sex, money, drugs, and new situations, in general. Besides generating a sense of pleasure, this dopamine signal tells your brain something like, “Pay attention, this is an important experience that is worth remembering.”

Dr. Nora D. Volkow, a scientist who directs the National Institute on Drug Abuse, has studied the dopamine reward pathway in people with ADHD. Her findings show that adults with ADHD had significantly fewer D2 and D3 receptors – two specific subtypes of dopamine receptors – in their reward circuits than did people who don’t have ADHD. Moreover, the lower the level of dopamine receptors was, the greater the symptoms of inattention.

These findings suggest that people with ADHD have reward circuits that are less sensitive at baseline than those without the disorder. Having a hampered reward circuit makes what others would find to be interesting seem dull and would explain, at least in part, why people with ADHD find repetitive and routine tasks unrewarding and even painfully boring.

Drugs that are in the psychostimulant class, such as Adderall and Ritalin, “help” by blocking the transport of dopamine back into neurons, thus increasing its level in the brain. What this really does is make boring, routine tasks more bearable.

Why the Increase in People with ADHD?

It seems that more and more children – as young as 2 and 3 years old – as well as adults are being diagnosed with ADHD. Some of this rising trend can no doubt be attributed to Big Pharma, the huge pharmaceutical industry, whose profitable drugs are the lifeblood of treatment.

Another is a social factor may be driving the ADHD “epidemic” and which has gone unnoticed: the increasingly glaring contrast between regimented and demanding school and work environments and the highly-stimulating digital world, where we spend most of our time while at school and work and during our down time.

The digital era is a world defined by instant gratification where practically any desire, fantasy, or bit of knowledge is literally at our fingertips. In comparison, school and work settings simply pale in comparison – being even duller to a novelty-seeking kid (perhaps one who would be diagnosed with ADHD today) living in the early 21st century than in previous decades, and the comparatively boring school environment might accentuate students’ inattentive behavior.

The Good News: The True Nature of ADHD

ADHD: Disease or Boredom? ADHD is more likely boredom in the face of routine and regimen. It is the increased desire for curiosity, imagination, and all things new; not a disease.

There shouldn’t be this rush to medicalize and medicate children’s – and adults – curiosity, energy and novelty-seeking. Because, in the right environment, these traits are not a disability, rather they are real assets.

A Natural Treatment for ADHD?

People have successfully “treated” their ADHD simply by altering the conditions of their environment – especially when it comes to the type of work they do – changing from a highly routinized one  to one that was varied and unpredictable. They have found that, suddenly, their greatest liabilities, such as impatience, short attention span and restlessness, became resources.

This is what is really at the heart of ADHD: what it truly is and why it seems so prevalent in today’s culture.

Do you experience symptoms of ADHD? Are you attempting a sober lifestyle but think you have to take psychoactive drugs, like stimulants such as Ritalin and Adderall, in order to function? Have you developed a substance abuse problem related to your ADHD? If any of these apply to you or you are struggling with any type of substance abuse or addiction issue, call toll-free 1-800-951-6135 to speak with an Addiction Specialist.