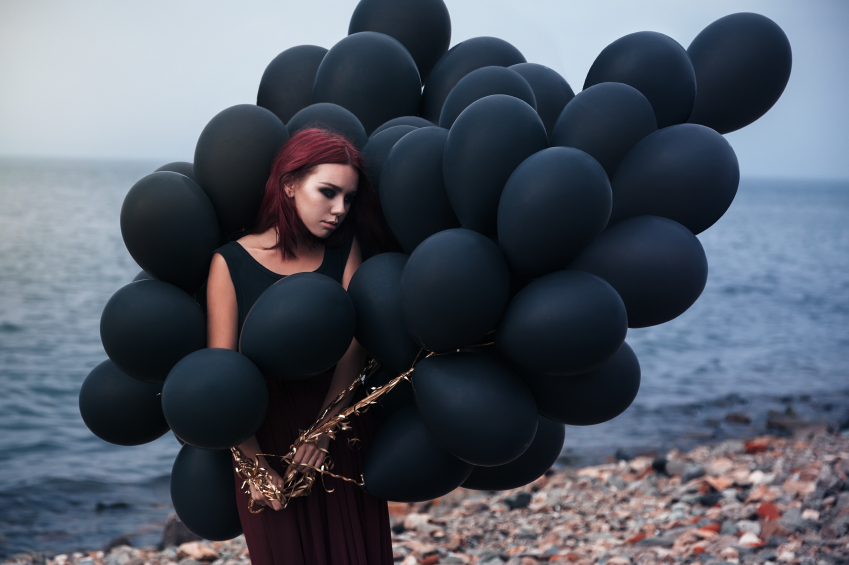 Overdose death has become one of the most terrible realities most Americans have had to face these past few years to one extent or another, with drug overdose being the leading cause of injury related death in the country and statistics showing that overdose impacts 1 in every 4 people in some way. As the opiate epidemic pours gasoline onto the flames of the overdose outbreak, hundreds upon hundreds of lives are claimed every day. So it should be no small thing that one family has made a massive effort to cultivate a movement so that we take at least one day to remember those lost to drug overdose.

This past Sunday marked what is now known as “Black Balloon Day,” when those who’ve suffered the loss of a loved one to an overdose join together in a weighty and influential act of solidarity in order to raise awareness of the intense and rampant epidemic.

The Family Behind Black Balloon Day

The initial idea for Black Balloon Day was conceived by a mother and daughter who were personally influenced in a very tragic and intimate way by the current opioid crisis. Diane and Lauren Hurley of Peabody, Massachusetts began Black Balloon Day in remembrance of Greg Tremblay- a father of four who is the son-in-law of Diane and brother-in-law of Lauren.

“To show them they aren’t the only people (that) lost a parent or (lost) their children. Every day this is happening. Even if one person sees a balloon and thinks ‘I could be the person that someone could be hanging the balloon out for’…in my eyes we did something right.”

In a short time, Black Balloon Day has become a national and international event, bringing awareness to overdose deaths.

The steps to participate in Black Balloon Day included  the Hurleys asking anyone who has been impacted by the drug epidemic to hang a black balloon in front of their homes and post on social media with‪ #‎BlackBalloonDay.

In the first year Diane herself said even when she came up with the idea for Black Balloon Day she expected only about 100 people to participate, but the Facebook event her daughter set up drew about 20,000 people who wanted to participate, with participants joining the event from all over America and the rest of the world. Since then the event has continued to grow.

Taking to Twitter you can see that #BlackBalloonDay has not been overlooked, as images from all over the country pour in of families and friends remembering their loved ones and honoring the fight against drug addiction. Black balloons can be seen with names written in silver Sharpie and tied to mail boxes or held up with photos of those lost to overdose death. There are even images of public officials and politicians standing with black balloons in the chambers of state offices calling their communities to get involved in the event.

While today may be too late to participate in Black Balloon Day, there is still a lot of opportunities this year to get involved in raising awareness. In all actuality every year there are 365 days we should take to acknowledge and honor those lost to the affliction of addiction. 365 chances every year to raise our voices and try to make a difference. Black Balloon Day is one of many chances we all have to make the rest of the world take notice of the pain and devastation caused by drug addiction and overdose. Every year we have 365 chances to try and change the world in a way that saves lives. If you or someone you love is struggling with substance abuse or addiction, please call toll-free 1-800-951-6135