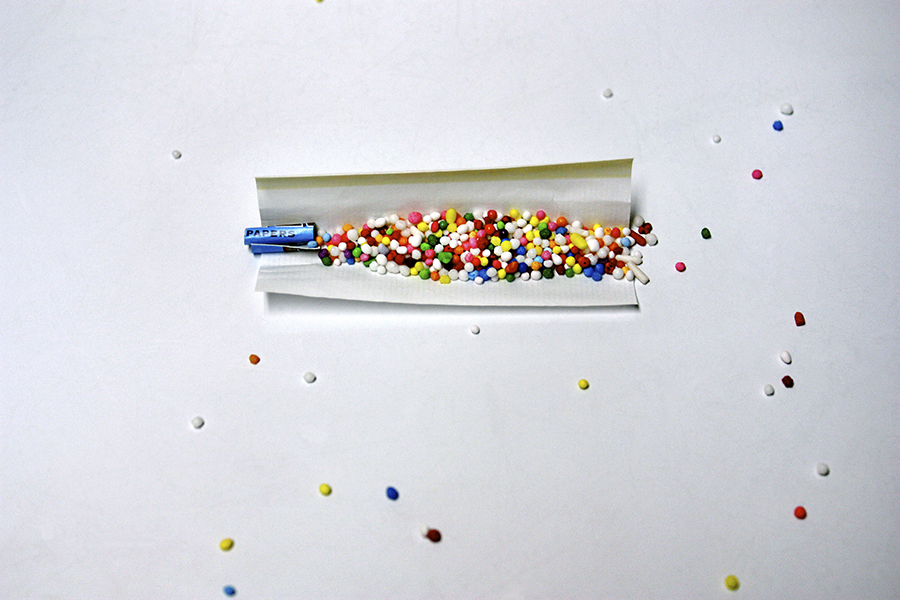 Who’s got a sweet tooth? If you are easily excited by anything sugar, you may want to read the warnings before trying cannabis candy. Marijuana is getting more spot-light than ever since the recent reforms that have started to take effect, and the several initiatives that have been sparked by several states across the country. While some persistently advocate for decriminalization and legalization of marijuana, others are still not convinced it’s a good idea. Some studies say marijuana is safer than cigarettes and alcohol, but skeptics still believe that it is dangerous and even deadly, depending on how it is consumed.

One story stands out in recent news claiming that edible marijuana can actually kill. 23 year old Luke Goodman was on vacation at a Colorado ski resort when he reportedly shot himself after eating a marijuana candy, and his family is currently blaming the drug for his suicide according to a Denver news source. Luke Goodman reportedly took 5 times the recommended dose of peach-flavored candies infused with marijuana that he purchased from a local dispensary, and some are speculating the over-consumption is the reason for this tragic incident.

More on the Goodman story…

On Saturday, March 21st Goodman supposedly had ingested a couple of the peach-flavored cannabis candies and did not experience an effect, so he proceeded to eat more, chewing several pieces at once.

Hours after ingesting the edibles, Luke’s cousin said he became jittery and incoherent. The members of Luke’s family went on an outing, but Luke himself refused to attend. Instead he stayed in the condo alone, and while there he took his handgun, which he traveled with for protection, and shot himself.

Close family members disclosed that Luke showed no signs of depression or mental illness previous to this incident. According to those closest to him Luke was a well-adjusted individual. But to be fair, not everyone who has depression wears it on their face all the time. A lot of people who suffer from severe depression are the last people you would expect. Not saying that this is the case, but that cannot be ignored when talking about mental health.

The coroner’s office in Summit County where the fatal shooting took place continues to investigate the possible role of the edible marijuana in the case.

This is not the first incident…

Luke Goodman is just one of 3 recent cases in Colorado where officials have attempted to link seemingly nonthreatening cannabis edibles to erratic behaviors that resulted in death.

Last year, Levy Thamba Pongi, a nineteen-year old from the Republic of Conga who was attending college in Wyoming when it is said he jumped off a hotel balcony after eating 6 times the recommended dose of cookies containing marijuana.

Another Denver man by the name of Richard Kirk was charged with first degree murder back in April 2014 after he shot his wife Kristine Kirk, who just moments before the murder had dialed 911 and reported that her husband was hallucinating after he’d eaten both prescription drugs and marijuana candy.

According to a search warrant affidavit, a receipt was later found in the Kirk home for a piece of “Karma Kandy Orange Ginger” marijuana edible.

Is the cannabis candy to blame?

While the family of Goodman still insists that this incident was caused by the marijuana edibles, some are still adamant about the fact that in most of the cases of adverse effects from marijuana edibles there is an overdose. In the Goodman case there is a warning on the back of the candy wrappers that tells users the effects of the candy may be delayed by a couple of hours. It’s likely the young college graduate did not read the label, or ignored it and consumed much more than is suggested.

In the other cases, the individual consuming the edibles was mixing alcohol or other drugs with the substance, and taking excessive quantities beyond the recommended dose, so there is still some room for discussion on whether or not the makers of the cannabis candies can be held accountable.

These kinds of products have become extremely popular given the status of marijuana legalization in some states, and companies are rushing to prefect their pot food products to get a foothold in the market. At this point, no sound connecting argument for marijuana edibles being responsible for these deaths has been made, but people are still calling for them to be taken off the market.

So can the drugs be held accountable for these deaths? Are these products a lot more dangerous than previously believed? Or is it the same concept as ‘drink responsibly’ or ‘don’t drink and drive’… if someone gets drunk and crashes their car then the beverage company isn’t being held responsible, so should the cannabis candy companies?

Using drugs is dangerous all together, and you can be certain that excessively drinking or using any substance will have so devastating effects. But everyone has the chance to make a change before its too late. If you or someone you love is struggling with substance abuse or addiction, please call toll-free 1-800-951-6135.