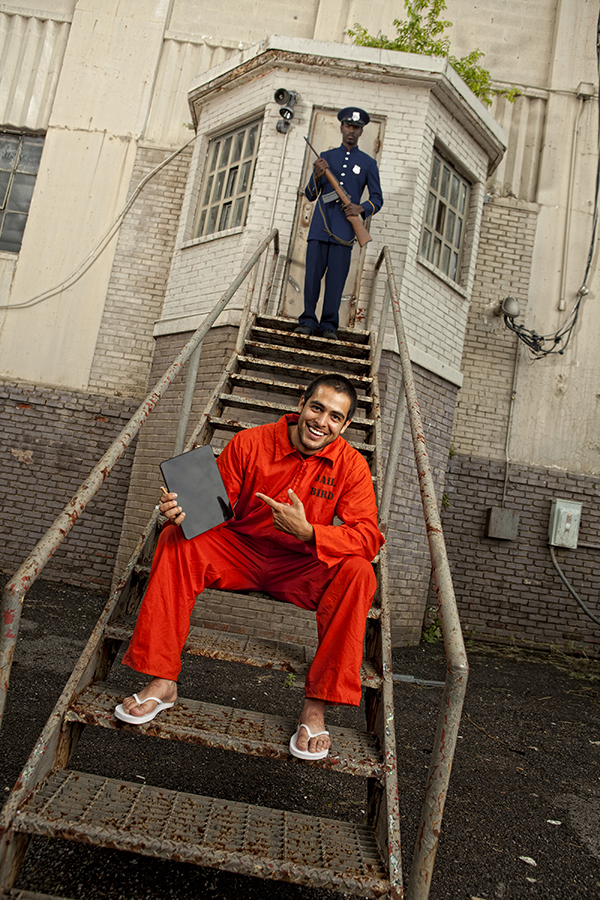 America’s prisons and jails are buzzing with illicit tech activity.

Given the importance of digital connectivity in today’s world, it probably comes as no surprise that cell phones have become the contraband of choice, ranking right up there with drugs and weapons, in correctional institutions all over the country.

Some inmates use contraband cell phones the same way anyone else uses them – to send selfies and texts to their loved ones. Others use social networks, like Facebook and Twitter, to complain about their living conditions and organize collective actions with inmates at other prisons, posing a potential threat to the security of the institution as well as the safety of the guards and other staffs. As you can imagine, the desire of the inmates for access to the Internet as well as feeling connected to the outside world, is at odds with the desire of correctional officers to keep those tools away from them, creating new tensions on both sides of the fence.

Jails and prisons are supposed to be technological dead zones. In most facilities (with the exception of the more minimal security facilities), cell phones, personal laptops, tablets, and other Internet-connected devices are banned for inmates. Many prisons still only offer pay-phones as their most up-to-date device approved for ordinary inmate. However, other federal prisons have implemented e-mail systems that allow inmates to send monitored messages to pre-approved contacts. Still, the rest of the World Wide Web remains off-limits to them.

Sometimes, contraband phones trickle into prisons one by one; other times, they arrive all at once. A single 2013 raid on a medium-sized prison in East Texas netted 45 cell phones and 52 chargers, which had been buried in an underground cache for retrieval.

To counteract these tactics, corrections departments around the country are employing the use of cell phone detection K-9 units. And the New York Department of Correctional Services, for example, equips its prisons with special X-ray chairs, called B.O.S.S. (Body Orifice Security Scanner), which are designed to detect any cell phones or other devices that might be “tucked away.”

The penalties for being caught using a phone in prison are severe. The Cell Phone Contraband Act of 2010 criminalized cell phone possession in federal prisons, and many states have adopted their own laws with harsher guidelines.

Beyond the obvious safety issues, there also are philosophical questions to address when it comes to the criminal justice system and the role our ever-growing digital culture should play in it. Today, technology forms the foundation of culture, communication, and education. Could it be construed as cruel and unusual punishment to cut prisoners off from the entire online world? What role – if any – does technology play in the rehabilitation process? The purpose of imprisonment – at least initially historically-speaking – is meant to physically separate a convicted criminal from the rest of society in order to prevent further harm to the general population. In our tech culture, though, does the idea of imprisonment today apply just to the physical body? Or should the inmate’s virtual self be imprisoned, too?

If you or someone you love is struggling with a substance use disorder, such as drug addiction, and is facing legal issues, help is available. Call toll-free 1-800-951-6135 to speak with an Addiction Specialist today to find out what your options for treatment are.