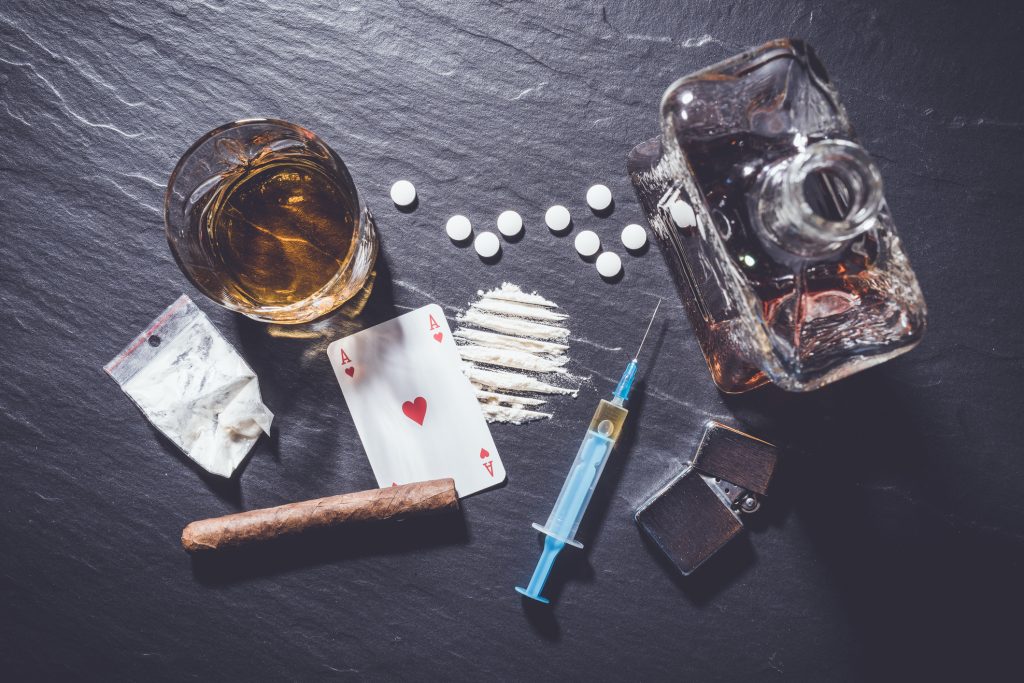 When we are in a crucial time of combating substance use disorder and drug addiction in America, it could be useful to remind everyone of the key differences in different drug categories and which common drugs can qualify for these descriptions.

Needless to say, this is not a complete list of every known drug. Truthfully, there is a vast library of known chemical combinations that are utilized as either medical treatments or abused as a means of recreational intoxication. There are the more abstract medications that have no known recreational use, and there are many synthetics that can be far more complicated.

Still, plenty of drugs that we know of have been put into different classes. Here is a brief breakdown of the different drug categories and what drugs qualify.

First we will make a more solid distinction between medical drugs and recreational drugs. Sadly, prescription drug abuse has become a major problem in the country. The opioid crisis has been largely impacted by the abuse of drugs created for medical use. It is important to be aware of the dangers of prescription medical drugs.

Many medical drugs have side effects that make them appealing to people who don’t have a real medical reason to be prescribed these substances. Common medical drugs to be abused include:

The tragedy we have learned through the opioid crisis is that even though these drugs are typically prescribed for medical purposes, they can be extremely dangerous. That includes people who use them recreationally, and for those who are prescribed the medication because of the risk of physical dependence.

Some prescription drugs are more addictive than others, and many can be deadly when taken improperly or with other drugs, especially alcohol.

Depressants, which are also called ‘downers’ are drugs that depress activity in the body, meaning they slow down the messages sent to and from the brain. Examples of depressant drugs include:

An individual is at an even higher risk of overdose from depressant drugs when consuming different types of depressants at the same time. Large amounts of depressants can cause life-threatening respiratory issues and loss of consciousness.

Stimulant drugs are also known as ‘uppers’. The term refers to the way these drugs make someone feel ‘up’ or ‘alert’ by speeding up the messages sent to and from your brain. Examples of stimulants include:

Some of the hazardous side effects of stimulant drugs include:

Combining different stimulant drugs, or using stimulants with depressant drugs can create even more strain on the heart and the body, which can cause major health problems or even death.

Hallucinogen drugs are psychoactive agents which can cause hallucinations, anomalies in perception, and other substantial subjective changes in thoughts, emotion, and consciousness. Examples of hallucinogens include:

Hallucinogen drugs do a number on the mind, and therefore they tend to make people experience things like:

One thing that we should always keep in mind is that a drug isn’t necessarily safe just because it is legal. Whether or not a drug is illegal, it can still pose a great deal of problems to different people for different reasons.

Consider alcohol. This is a legal substance, but it is still considered by many to be the most dangerous drug there is. That isn’t to say that it is as potent as drugs like heroin, but the danger rating comes from the fact that it is deadly, addictive AND highly accessible! For one, someone can get alcohol poisoning and die if they drink too much. Also, alcohol withdrawals can be some of the most dangerous there are. Add in the fact that it is extremely addictive, even more lethal when combined with other drugs, and can be purchased on pretty much every corner in America.

THAT is a dangerous drug.

Then, there are synthetic drugs. These substances can be ambiguous when it comes to being flat out illegal. For a while there were constantly news stories about new dangerous synthetic drugs being sold as “legal highs” that were making people deathly ill. In some cases, people did die.

Synthetic drugs can also fall into any of these categories, for example:

These drugs can be far more dangerous than others because of the often random chemical combinations they come in, being cooked in homemade labs with substances that have no clinical trials on human biology.

Drug and alcohol rehab programs are designed to put you in the best position to succeed with as many resources as possible, and it all starts with a healthy detox. Understanding the different drug categories may help you better understand the importance of a safe and effective treatment program. If you or someone you love is struggling with substance abuse or addiction, please call toll-free now.