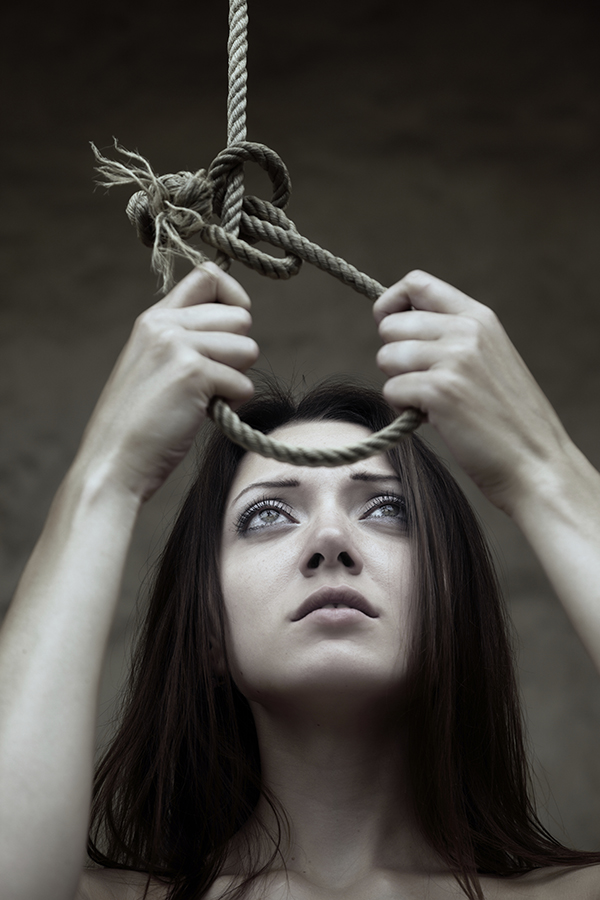 Why do drug addicts use? Well typically we addicts are using with the intention to get high. But what usually happens is the drugs take us to our lowest lows, and I say that speaking from experience. When using drugs, we addicts tend to be chasing a feeling of euphoria that we feel our lives are missing. However a lot of the drugs that are more commonly abused, and more frequently create debilitating addictions, are said to be more prone to fuel depression and even thoughts of suicide.

New research says people who consume excessive amounts of alcohol, take speedy drugs, or use opiates actually tend to teeter off the existential edge of an emotional cliff even more than previously thought. While this is not necessarily the rule of thumb, it is still relevant to those at risk. So which drugs according to this research are said to be prone to insight suicidal ideation?

Last year Didier Jutras-Aswad at the University of Montreal concluded after a study that,

While the drugs themselves are not entirely guilty as much as the neurobiological, behavioral and social differences between people who take them, it is still a factor.

According to Jutras-Aswad users who take uppers tend to be more impulsive and moody than the rest of the population. In another study:

People who use cocaine are expected to go from one extreme to another much quicker. So one could jump from feeling miserable on the couch to actually taking action to hurt themselves under the influence of a powerful stimulant.

Some of the most traumatic stories of amphetamine use and death come from prescription varieties such as Adderall. A lot of people develop a tolerance for this kind of drug and then take more, but whether it is that or the recommended dosage, people who use Adderall and similar drugs have said that they experience bursts of energy both physically and mentally, with alertness and focus that drives them to tackle many tasks. But once they begin to come down, they feel the lag both mentally and physically.

A lot of times the loss of focus, energy and excitement will cause depression to settle in, and even make life seem more unmanageable and futile than ever. Many consider suicide when having to deal with life on life’s terms with the drugs, and the come down in comparison to being on that stimulated high can make matters worse.

Alcohol is classified as a depressant, so this should come as no shock, but in case you don’t know, it’s definitely on the list. Alcohol becomes a deadlier element in this arena because it overcomes inhibitions, so it can eliminate the filter between our feelings and our actions, making it a far more dangerous downer. People who drink heavily are estimated to have:

It turns out you can assess a drinker’s suicide risk based on various other factors such as:

One alcohol-and-suicide study found insomnia was a “mediating” factor, and that insomnia can make a large contribution to suicidal ideation, only exaggerating an individual’s depression.

There is still some disagreement about which of the opiate class of drugs belong on the suicide-watch list, but being a former opiate addict I figured I would throw opiates on this list just from my own personal experience as an opinionated warning. Some scientists consider opiates as a suicide-inspiring drug, including:

Others scientists are not yet convinced, but it can’t hurt to consider that maybe, just maybe, another drug in the ‘depressant’ class would be bad for someone who suffers from depression.

Synthetic drugs such as ‘Spice’, ‘K2’ and ‘Flakka’ (with names subject to change) have recently been making more waves for their unpredictably dangerous and increasingly life-threatening effects that are both poisoning to the body and the mind.

There have been countless reports over the last few years of the types of psychotic episodes some people have experience and the lives that have been drastically effected by these strange chemical cocktails.

Kimberley Plumley said of her 20-year-old son Joseph Signorelli was just one victim out of the numerous stories of shocking suicide linked to synthetics. Plumley claimed her son tried to quit using the addictive synthetic drug ‘Spice’, but the withdrawals were too intense.

Her son took his own life last year after a psychological battle she claims was brought on by the substance.

While these affects need to be looked into to further understand where these drugs cause a mental break, there is plenty of reason to suspect they are hazardous to mental health, especially to those already at risk, and belong on this list.

Now I know this sounds a bit off, but with the story last month of a 23-year-old man who shot himself in Colorado after eating lots of pot-laced candy, which the his family blames for his death, we should at least acknowledge the current argument, same as opiates.

Considering the growing reform and marijuana’s legalization in some states, along with a whole industry of pot snacks and hospitality services, this one should be something we are willing to examine thoroughly.

But let it be noted that there has never been much evidence about the drug either encouraging or discouraging suicide.

Now let’s consider this from another perspective. While it may seem easier to blame problems on drugs, usually there is also something else going on that inspires these tragedies. Some substances definitely corrupt our reasoning and mental stability to greater extremes than others, but in the end suicide is far too complex to try and credit that kind of tragic logic down to one substance.

As a former addict, as a suicide survivor and as someone who has lost many friends to both addiction and suicide, I would say that these kinds of presumptions are not without any sustenance, but the hard truth in my experience is that suicide is a lot more personal. We can’t take to blaming the drugs, because more often than not the drugs are just a symptom of a much more intrinsic issue that we have to acknowledge.

Just like blaming drug use on other factors of life, in my experience the real purpose is the feeling. The want to be in control of it… or numb to it. The desire to feel something at all… or nothing at all. There is so much more than what we can see in front of us when consumed by depression and drugs, so to say the drugs are the only contributor to suicide is to ignore the nature of depression and further stigmatize it. While this list is meant to point out the contribution drugs make to suicidal ideation, it is more or less to bring attention to how these illnesses harmonize, and ask what else can be done to treat them.

There is an amazing life waiting for us all, but we have to be willing to take some action, and responsibility, in order to get there. It all begins with a decision, and that decision can be just to reach out. If you or someone you love is struggling with substance abuse or addiction, please call toll-free 1-800-951-6135