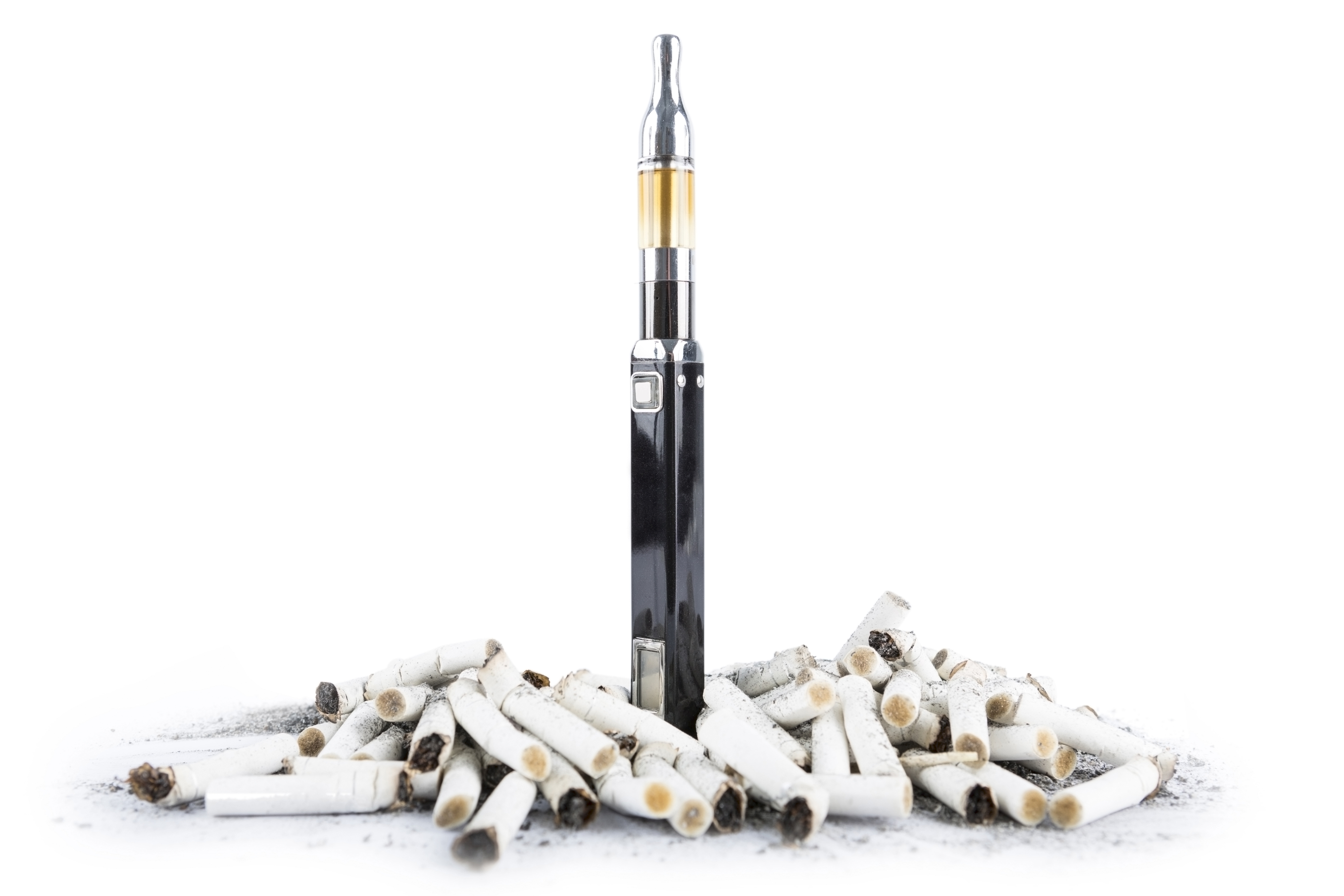 When e-cigarettes entered the market, they were marketed as the revolutionary way of quitting traditional smoking. However, evidence has come out to state that e-cigarettes may be just as unhealthy as cigarettes. Recent articles we have written on the manner mention the side effect of “popcorn lung.”  Popcorn lung gets its name from popcorn factory workers who  started to get respiratory issues from breathing in the artificial popcorn flavoring. The condition is officially known as Bronchiolitis obliterans, and recent studies have shown that the artificial flavoring in e-cigarettes could result in the same side-effect.

Now, more research is revealing the harmful effects of smoking e-cigarettes. While the long-term effects of e-cigarettes remain unknown, toxicologists at UNC are uncovering how e-cigarettes affect genes involved in the upper airway immune defense.  So far, what they have found is not promising.

Smoking cigarettes have been known to alter dozen of genes important for immune defense in the respiratory tracts. These changes to our respiratory tract increase our risk of bacterial infections, viruses, and inflammation. Now, scientists are reporting that e-cigarettes are altering hundreds of genes, including the same ones that smoking suppresses.

UNC School of Medicine conducted the study, and it confirmed that e-cigarettes and cigarettes both alter genes important for immune defense in the upper airway.

“I was really surprised by these results,” said lead researcher Ilona Jaspers, professor of pediatrics, and microbiology and immunology at UNC. “That’s why we kept going back to make sure this was accurate.”

The findings, published in the American Journal of Physiology confirmed that inhaling vaporized flavor liquids in e-cigs are not without consequences. When it comes to epithelial cell gene expression, there is damage that occurs. Smoking e-cigarettes pose harm to the critical process in which our genes give rise to protein important for various functions in cells.

“We honestly do not yet know what long-term effects e-cigarettes might have on health,” said Jaspers, senior author, and director of UNC’s toxicology curriculum. “I suspect that the effects of e-cigarettes will not be the same as the effects of cigarette smoking.”

Still, so far the evidence suggests that long-term e-cigarettes use are not harmless.

E-cigarettes have only been on the market in the United States since 2006. Usage skyrocketed only a few years ago. The FDA currently approves more than 7,000 flavors however that approval remains based on data generated for oral consumption, not inhalation.

The study conducted at Jaspers’lab in collaboration with the University of California at San Francisco yielded these results. Together, they recruited 13 non-smokers, 14 smokers, and 12 e-cigarette users. Each participant kept a journal documenting their cigarette or e-cigarette use. The team later analyzed participant’s urine and blood samples to confirm nicotine levels and biomarkers relevant to tobacco exposure.

After about three weeks, researchers took samples from the nasal passages of each participant. They wanted to analyze the expression of genes crucial for immune responsibly. Visually and functionally, the epithelial layers along our airways need to function properly to trap and dispatch particles and pathogens, so we do not get sick. It is known that cigarettes smoking modify this gene expression which is why researchers believe cigarette smokers are more prone to respiratory problems.

“We compared these genes one by one,” Jaspers said, “And we found that each gene common to both groups was suppressed more in the e-cigarette group. We currently do not know exactly how e-cigarettes do this.”.

This does not necessarily mean that smoking e-cigarettes are worse than smoking cigarettes,

Smoking cigarettes and inhaling vaporized flavored liquids in e-cigarettes are completely different from each other. Furthermore, it is more likely that e-cigarettes could influence biological changes and play different roles in respiratory problems

“We know that diseases like COPD, cancer, and emphysema usually take many years to develop in smokers,” Jaspers said. “But people have not been using e-cigarettes for very long. So we don’t know yet how the effects of e-cigarette use might manifest in 10 or 15 years. We’re at the beginning of cataloging and observing what may or may not be happening.”

While we do not know the long-term effects of smoking, it is clear that any form of smoking is detrimental. Therefore, quitting is always the ideal solution. If you are struggling with stopping any form of drug use, give us a call. We can help. If you or someone you love is struggling with substance abuse or addiction, please call toll-free 1-800-951-6135.