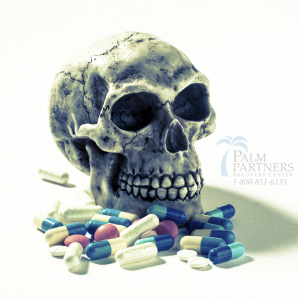 The American Academy of Neurology (AAN) has recently issued a warning about taking powerful painkillers to treat pain conditions not associated with cancer conditions.

According to the AAN, which issued their new position statement in the September issue of the academy’s medical journal, Neurology, the risks of taking prescription painkillers far outweigh any potential benefits.

The AAN cited risks associated with the taking of powerful narcotic painkillers, which include overdose, death, and a high potential for abuse, dependence and addiction, outweigh the benefits of treating pain such as that from headaches, fibromyalgia, and chronic low back pain – essentially non-cancer conditions.

Initially, narcotic painkillers such as oxycodone, Oxycontin, and hydrocodone were developed for the purpose of pain management in cancer patients. Due to more lax prescribing regulations for long-term use, painkillers have become more and more the go-to for treating pain that pales in comparison to that associated with cancer.

Gary Franklin, a research professor in the Department of Environmental & Occupational Health Sciences in the University Of Washington School Of Public Health in Seattle and a fellow with the AAN said, “More than 100,000 people have died from prescription opioid use since policies changed in the late 1990s to allow much more liberal long-term use.”

Painkillers, the U.S., and Overdose Rates

Every year, U.S. doctors prescribe more than 259 million prescriptions for painkillers. As a result, Americans consume 80% of the world’s painkillers. Doctors, institutions, states, and patients need to work together to stop this “epidemic,” Franklin said.

Rates of drug overdose deaths in the United States have tripled in the past 20 years, according to the Centers for Disease Control and Prevention. “There have been more deaths from prescription opioids in the most vulnerable young to middle-aged groups than from firearms and car accidents,” added Franklin.

Studies cited by the AAN have shown that half of patients who were taking opioid painkillers for at least three months are still taking the drugs five years later. After reviewing the available research, it’s evident that, while these medications can provide significant pain relief in the short-term, there is no considerable evidence “for maintaining this effect or improving function over long periods without serious risk of overdose, dependence, or addiction.”

The AAN suggests that doctors can prescribe opioids more safely and effectively by screening their patients for current or past drug use, depression, as well as assessing their pain and function by measuring for tolerance and effectiveness. “More research and information regarding opioid effectiveness and management is needed along with changes in state and federal laws and policy to ensure patients are safer when prescribed these drugs,” Franklin said.

In addition, the AAN recommends that doctors consult a pain management specialist if their patient’s painkiller dosage exceeds 80 to 120 milligrams per day and especially if their pain and function have not improved substantially.

Are you taking prescription painkillers for a chronic pain condition? Have you been on the medication for way too long and want to get off of it but can’t? A lot of people who become addicted to narcotics were initially prescribed them by their doctors for legitimate reasons. These drugs are so powerful, though, that they tend to do more harm than good in the long run. If you want to find out other options for treating your pain, call toll-free 1-800-951-6135 to speak with an Addiction Specialist. We have helped many other people in your position to stop taking painkillers in a safe and comfortable way.