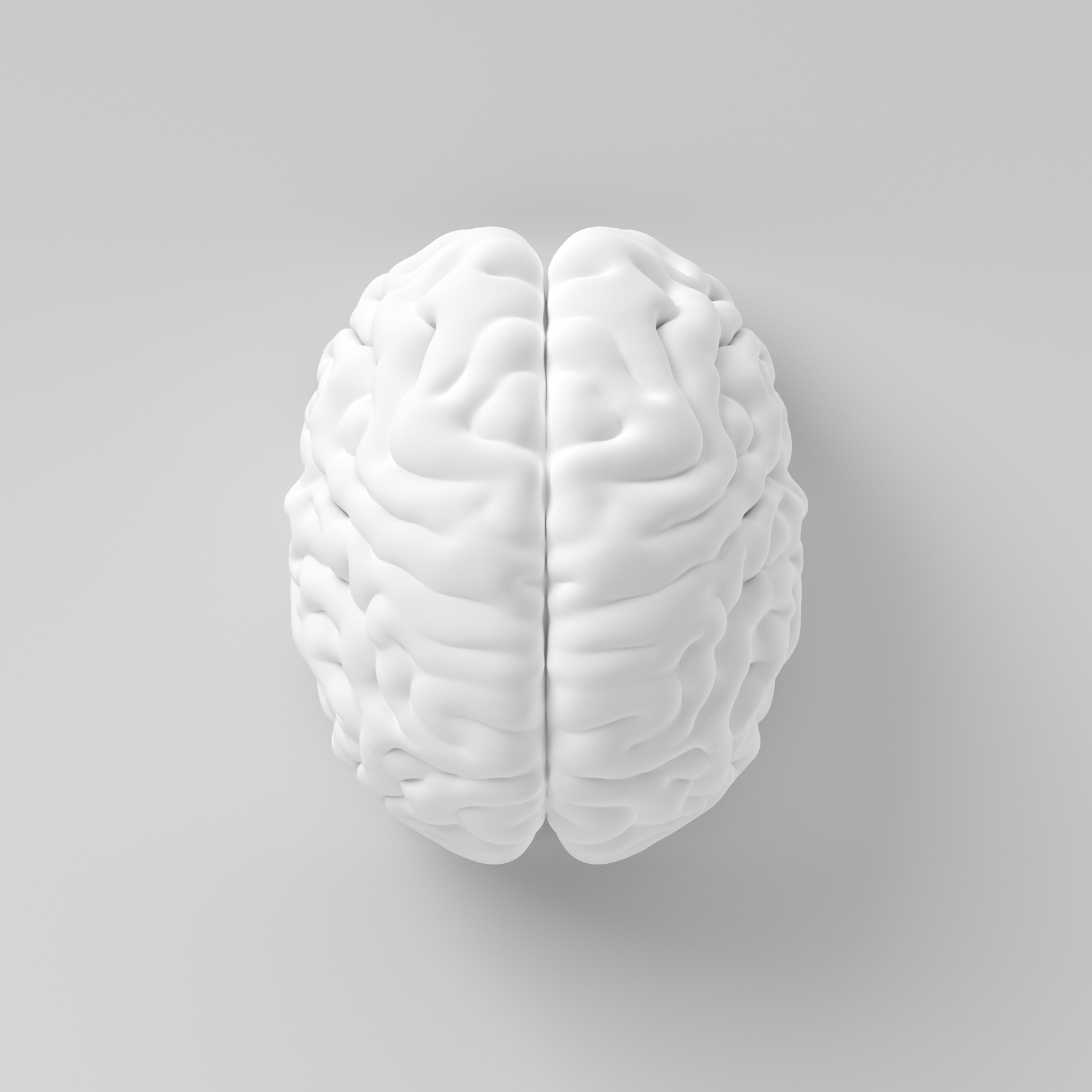 Here we are going to discuss some expert opinion on the molecular neurobiological aspects of each of The 12 Step Program.

Understanding of the neuro-molecular biological keystones of The 12 Steps may actually be an important step toward sobriety for some, especially those who rely heavily on the tangible logic of scientific reasoning. To understand and embrace principles of molecular neurobiology could ultimately lead to a better quality of recovery from addiction.

There is science behind the “powerlessness” of the first step. Admitting personal powerlessness over addiction is actually supported by the mechanisms involved in the neurobiological circuits of our brain. Stress and the toxic-effects of the drugs themselves induce changes in brain functions such as:

So scientifically it is very true that the individual is powerless. The substances themselves continually short out the circuits in the brain that are meant to give people control. The recipe requires genetic predisposition and environmental elements, but everyone is technically susceptible depending on these variables.

Breaking down the wording of the step one could infer:

Poor judgment, or “insanity,” could be a cause of unusual substance seeking behavior despite risk of harm. These decisions are made worse by environmental factors including:

The individuals sanity also may be impacted by their relationship with a “power greater than themselves.”

In this case, let us look at relapse. The prefrontal cortex and cingulate gyrus are critical areas involved in relapse regulation. Impaired neurochemical functioning of these regions obstruct recovery and induce relapse, typically due to:

Understanding the molecular biology of the brain reward system highlights the importance of positive input from a fellowship such as the 12 Steps offer. Positive input from peers can offset unwanted gene expression. Ultimately, this can enable an individual to achieve a state of sanity and make right choices. The power greater than yourself can simply be the environmental element of your recovery.

Will-power is extremely difficult to regulate in individuals born with a compromised reward system and low levels of endorphins. Will-power is based on both the interplay of genes and environmental elements in society, such as stress or shock. Early stress can cause substance use disorders in adult life as seen with epigenetic effects on Glucocorticoid receptor express.

Because the hard wiring of our brain’s reward circuitry is so difficult to override, it only makes sense the recovering addict  seems obvious to look for reward outside of our genome. So in this step, the idea is to turn that focus away from drugs and toward something such as the fellowship or a spiritual path.

Fearless moral inventory must include the drug of choice and other Reward Deficiency Syndrome (RDS) related behaviors. A particular drug or behavior is not the only element of an addiction, it includes a range of observable characteristics resulting from the interaction of its genotype with the environment..

However, the inventory cannot be labeled as “right” or “wrong” because it their own evaluation of self. To understand that there are genetic and environmental aspects to addict means to understand that blame and guilt are not conducive to true self-appraisal.

This step involves open reflection on our issues with using drugs. This includes the toxic effects of recurrent exposure to these substances on our minds and how that translates into our actions that impact others.

The damage of drugs on the brain’s reward networks is very physiological, and these physiological changes can result in psychological effects such as anxiety or aggression. By evaluating the inventory we have taken, we can consider the “nature of our wrongs” as being the psychological deterioration caused by drugs.

Many would argue that technically our character is shaped by genetic (evolutionary) forces far outside our individual control. So in that mindset it is not necessarily within our ability to change who we are genetically speaking. So, wouldn’t it be up to something greater than us, be it a ‘God’ or our own evolution of perspective, to remove the character traits that do not serve us?

With that said, our environment may influence how we have developed our responses and attached meanings to circumstances. Achievement of step 6 requires:

By rethinking in terms of the “wrong” or “right” of an individual act, we can leave behind our attachments to actions or behaviors and offer up our character defects to the province of a higher power.

Humility is accompanied with gratitude and grace. Spiritual faith and humility challenge someone to accept that good intentions and honest effort alone will not always be enough to succeed. This could lead to chronic depression and relapse, especially with genetic predisposition.

However, the 12 Steps and the 12 Traditions together ask the person to believe that evil, injustice and cruelty will not necessarily always win either.

Humility and faith are not necessarily synonyms for passivity. They actually support the belief that our shortcomings can be removed by our willingness to believe that things can work out. Positive feelings translate to positive epigenetics in the brain, enhancing the chances of removing our shortcomings by expressing more effective and positive genes.

Behind part of this step is the old saying “water seeks its own level,” because it may be an effect of a genetic association. People often seek friends who not only have similar characteristics, but similar genotypes.

So by making amends which may eliminate certain friends that would not be conducive to recovery, an individual is truly going against the genetic grain on a molecular neurobiological level.

A form of happiness is that people exist in comfortable networks of social collectives. So as we reach out to those we have hurt to amend our relationships and our character, we reconnect with a new source of happiness.

In Step 9, the achievement of making amends is subject to correlations among:

Relationships and happiness are based on neuronal hard wiring. So overcoming relationship issues is both an arduous challenge and a clear answer to achieving healing.

The degree to which someone can make amends is crucial to a healthy recovery. This is partly because mending of relationships is a gateway to the attainment of happiness. Making amends can also activate a natural release of dopamine in reward centers of the brain.

Step 10 is the maintenance for Steps 4 and 5. It continues the practice of taking personal inventory in the 12 Steps to evaluate the self. It is important that addicts realize that depending on their genetic risk taking inventory and feeling good about the self-appraisal is a temporarily “dopamine fix”.

Beyond just having the ability to keep yourself in check and have a positive impact, when addicts continue to “work the steps” on a daily basis it also gives them a primary source from which to replenish dopamine in the brain.

Meditation and prayer, as suggested in step 11, increases the release of dopamine at the synaptic level. Applying the process of step 11 on a daily basis will also offset the genetically induced “hypodopaminergic brain function” by continuing to release dopamine in the synapse.

Increased dopamine will result in a subsequent proliferation of dopamine receptors, even in those with the most sensitive predisposition. The increase in D2 receptors translates to enhanced dopamine function, which will ultimately promote:

Looking outside the 12 Steps, most who study spirituality know the positive effects of prayer and meditation on the brain.

Here it says that working all the steps can allow an individual to have spiritual awakening. For some, one of the most fulfilling experiences they can have is sharing emotions with others. This experience itself and the impact may be decided by the synthesis and release of the brain chemical oxytocin.

Oxytocin is an important human bonding neuropeptide. However, independent of personal genetic makeup, alcohol and opiates significantly impair the synthesis and release of this chemical. So it is important to take advantage of this opportunity to create positive emotions while establishing connections.

So, by carrying the message and sharing experience we can bond further in our recovery, which helps us to rewire the brain with expressions of positive genes while also letting us detach from old meanings and produce more dopamine. All in all the 12 Steps have a pretty decent formula for working with the science of the brain to recover from a pattern of destruction.

The 12 Steps and similar programs of recovery are all very powerful tools. A holistic treatment program like Palm Partners respects the science of addiction, and many seek help here in order to establish a strong footing to move forward. If you or someone you love is struggling with substance abuse or addiction, please call toll-free now.