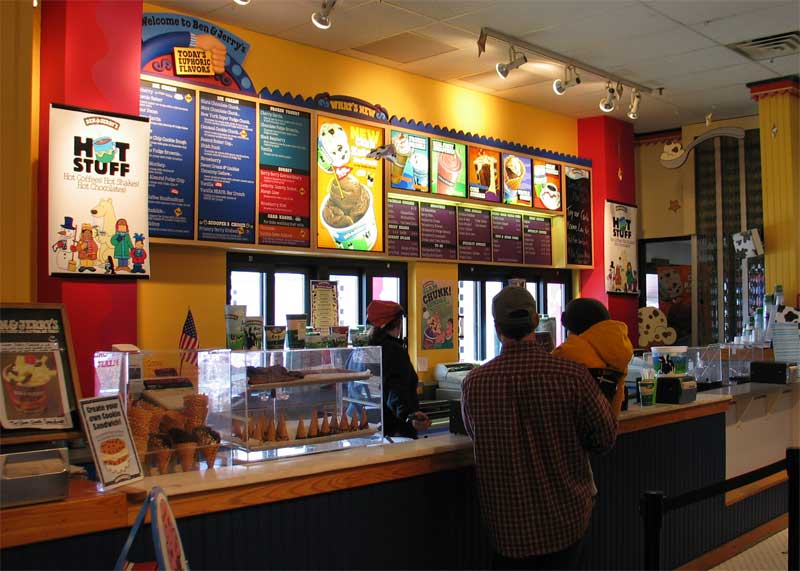 Or, at least, is beer-flavored ice cream one?

Last month, well-known ice cream maker Ben & Jerry’s, along with Colorado beer-brewer New Belgium, announced that the two companies would be collaborating in order to create a new flavor to add to the ranks of all the flavors that have come before: Salted Caramel Brownie Brown Ale. They are billing it as “an ice cream infused craft beer.”

It might sound disgusting – or at the very least weird – but, this isn’t the first time ice cream and alcohol came together in holy matrimony. And it isn’t the first time for Ben &Jerry’s, specifically. Last spring, the beloved confectioner launched a new product on the West Coast with a series of “frothy beer floats.”

Now, this isn’t just a case of beer and frozen treats coming together for the sheer sake of it. The popular-for-its-politics ice cream company is in it for more than just trend-setting. In the press release announcing the partnership, the involved parties made clear that the focus of the collaboration is meant to be on the companies’ shared efforts of “supporting sustainable agriculture” and “focus[ing] on environment awareness.”

Some might argue that mixing a frozen treat that generally appeals to the younger crowd (e.g. children) with an adult treat (e.g. alcohol) is a recipe for disaster. Or, in the very least, it’s tasteless.

But, if you were to apply that logic, then you’d be remiss to overlook some of the flavors they’ve introduced over the years; flavors like Coffee Caramel Buzz and Coffee and Coffee BuzzBuzzBuzz! With these examples, one could argue that the company promotes childhood caffeine addiction. That’s just starting out light.

Then there’s Chocolate Therapy, which sounds like it’s promoting self-medication with food, making it OK to self-soothe with a substance (i.e. food), leading to disordered eating and perhaps an eating disorder, such as binge eating.

And, before we move on to this beer/ice cream pairing, let’s not forget that the ice cream giant already has a flavor – since 2013 – called White Russian, inspired by the vodka-based cocktail of the same name.

It’s clear that Ben & Jerry’s has been promoting alcohol use – not to mention other vices – by children for quite a while now.

Well, that’s the concern of Alcohol Justice, a California-based non-profit advocacy, research and policy organization, that sees itself as the watchdog of the alcohol industry, attempts to “hold Big Alcohol accountable for the harm its products cause.”

So, for example, Alcohol Justice advocates banning flavored alcoholic beverages, such as Mike’s Hard Lemonade, because they target “youth (especially girls).” Furthermore, it seeks to raise federal excise taxes on alcohol, and the organization wants to ban Palcohol, a powdered-alcohol product we’ve written about in the past.

Although some of their concerns and arguments may be valid – or at least understandable – groups like Alcohol Justice might be taking things a bit too far. For example, according to the non-profit organization,  “daytime [wine] tastings, with little to no monitoring, in family-friendly settings, are inappropriate and threaten public health and safety” and that “children watching parents drinking alcohol when they shop for fruit or vegetables is a practice very damaging to impressionable young minds.”

After all, in far more progressive countries that embrace wine-drinking and other imbibing of spirits, alcohol use among underage youth is not as much of a problem as it is here. Perhaps not making something taboo as to tempt the younger ones into trying things is the way to go, after all.

If you or someone you love is struggling with substance abuse or addiction, please call toll-free 1-800-951-6135 to speak with an Addiction Specialist today. We are here 24/7 to take your call.