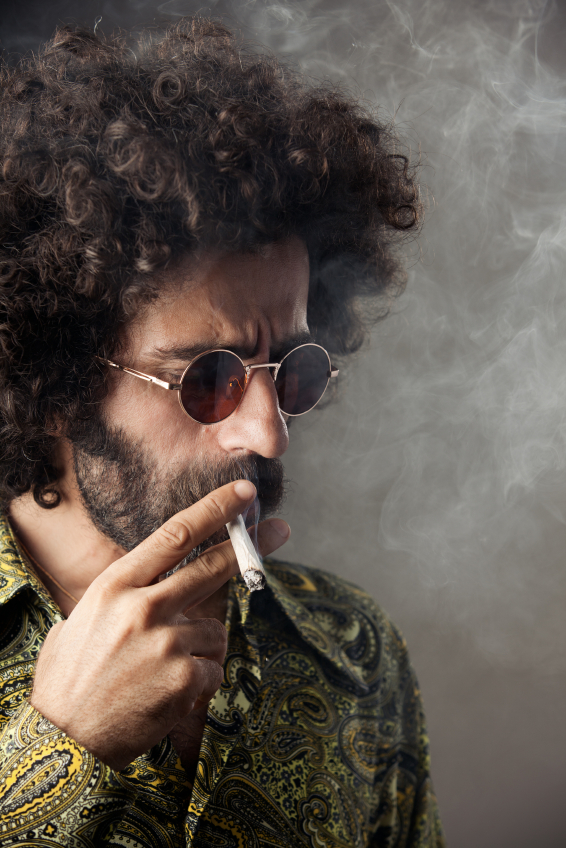 Yes… this is a real thing.

No, this is not satire, or a click-bait headline leading to some random story or political ruse, this is real life stuff, and I know most people can’t even right now… but yes, Chief Wana Dubie is a person, and he is running for public office!

Chief Wana Dubie is a political activist from Missouri, and he is running for the U.S. Senate in 2016. Not sure if this is the ultimate stunt at exploiting a play on words, but he is running against… wait for it… Republican Senator Roy Blunt.

The Chief Dubie himself made his declaration to a crowd of 100 curious spectators at the Dent County Courthouse in Salem over the summer, and has tossed his hat in the ring as a third party spectacle to behold. A picture of Chief Wana Dubie is truly a sight to see, with a huge marijuana leaf tattoo plastered across his forehead, a beard like a brier bush sprouting from his face, and sports plenty of tie-dye.

Dubie stated his intentions in a predictable and cheesy play on words one could only too eager to hear,

“It’s going to be Dubie versus Blunt in 2016. Senator Blunt better get ready because I am going to smoke the competition.”

Also in the race is Missouri Secretary of State Jason Kander, who has already announced he will be seeking the seat in the Senate on behalf of the Democratic party.

While it may be true that Chief Wana Dubie definitely doesn’t look like a viable political candidate, he has hired Jeff Murray to act as his campaign manager for his big campaign. Dubie is also energetically looking for volunteers to serve on his campaign committee, hoping to put all the pieces in place for a successful run for office.

This isn’t the Dubie dudes first attempt at politics beyond marijuana legalization advocacy either!

Chief Wana Dubie previously sought out the support of the Libertarian Party during run back in 2006 to become the Missouri State Representative in Jefferson City, but the party ended up declining his $200 filing fee.

Needless to say he did not win.

But being denied by the Libertarian Party was a feat in itself, because historically in this area it has not been easy to do! The only other time Missouri Libertarians declined a filing fee was when white supremacist Glenn Miller tried to run for Congress in 2006. Greg Tlapek, executive director of Missouri’s Libertarian Party, actually stated:

“[Dubie is] not how we want the Libertarian Party to be represented to people who don’t know the party’s platform. In 2006, he was the one Libertarian candidate that got front-page coverage in the Post-Dispatch—It’s all about what the media choose to cover and we get screwed by the occasional weird candidate.”

Dubie ended up running independently in 2006 too, and received 4.5% of the total vote in a sort-of-surprising turn out.

Perhaps the most surprising part is that his campaigns have historically been much more successful under the name Chief Wana Dubie! In 1994 he ran a bid for the Missouri House of Representatives in the 112th District under his given name, Joseph Bickell, where he received a mere 1.8% of the vote!

That same year, Dubie was arrested and ended up serving 5 years in prison… why? The wise Chief Wana Dubie had actually plantied 135 marijuana plants in the front yard of his home and then “seceded from the United States and declared pot legal.”

Ladies and gentlemen, if you thought the 2016 elections were already looking a little sketchy, things are just getting started apparently. While there has been very light media coverage on Chief Wana Dubies stances on the issues or policies, there has been plenty of talk of him rolling his campaign through the hot spots of the campaign trail to rally his supporters.

Will the influx of marijuana supporters and legalization campaigns give Wana Dubie an edge? Or will voters see this as more of a practical joke and an outrageous gimmick that would ultimately distract from the real issues with drug abuse and addiction, not to mention countless other important real life problems facing Americans today?

I guess we will see soon enough.

More and more states are legalizing marijuana either recreationally, medically or both, but does that mean it’s time for politicians SO extremely pro-pot? What about those who still cannot safely use drugs? If you or someone you love is struggling with substance abuse or addiction, please call toll-free 1-800-951-6135