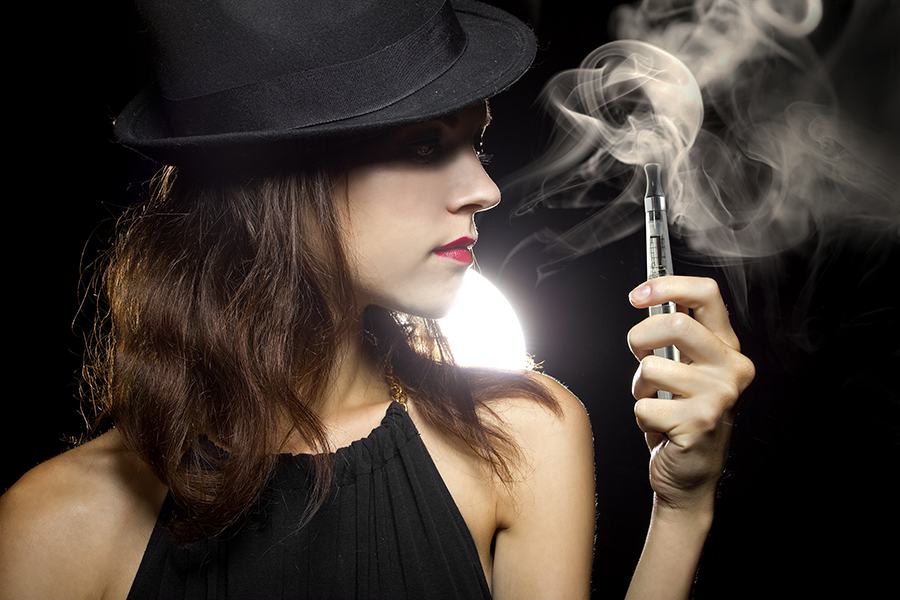 (This content is being used for illustrative purposes only; any person depicted in the content is a model.)

The whole e-cigarette and ‘vape’ movement has not only had an influence on smokers, but it has also created a new concern with people using these inventions to ingest illicit drugs. There have been several reported instances where synthetic drug makers have hidden their chemical cocktails in liquid form and sold these drugs as ‘vape juice’ to consumers, and with marijuana going mainstream via the growing reforms and industry surrounding medical and recreational marijuana, e-cigs and vapes are being used to smoke weed as well.

How mainstream are we talking? Well this year was the 87th Oscar Award ceremony in Hollywood, and the top Oscar nominated actors, actresses and directors all went home with more than just a golden man. Even if they didn’t win a statue, they were awarded with a marijuana vaporizer currently listed at retail price of $250.

This latest development actually marks a historical moment for the “Everyone Wins at the Oscars” nominee gift bags that are a tradition customary at the Oscar. It is given to all those nominated in Best Actor/Actress and supporting roles as well as those nominated as directors.

Jason Azurmendi, the marketing manager for a company creating high-end electronic smoking devices Haze Technologies, spoke to the press about the new “Haze Vaporizer” that was being distributed to the nominees this year in a goodie-bag that should have undoubtedly came complete with a bag of Doritos, describing it as,

“the first portable vaporizer with dual chambers, allowing the user to vape two different materials — dried herbs, concentrates, and oils — interchangeably, all by the switch of a button. “

This year’s Oscar goodie bag was valued at a total $160,000, almost twice as much as the one distributed to Oscar nominees last year. Azurmendi went on to state,

“We feel privileged to achieve this unprecedented placement. Our presence as a counter culture industry in front of a mainstream audience such as the Oscars establishes the realization of the distance that both the vaping industry and marijuana industry have gone to making their mark as legitimate businesses and more importantly, way of life.”

While the other items included in the nomination goodie-bag are a lot more expensive and prestigious, it is the vaporizer of course that is making the biggest buzz at an international level due to the nature of the device.

The Vape Market for Marijuana

The marijuana market started experiencing quite a turnaround last year along with the growing popularity with edible cannabis products, and marijuana vaporizers were right there revolutionizing the industry as well. There are quite a few major selling points for these products.

Vaporizers allow users to inhale cannabinoids while not exposing themselves to marijuana smoke.

As a result, vaping has become one of the ingestion methods required in states now engaged in some form of “smoke free” reform, including Minnesota and New York. One out of three reviews on the marijuana destination site Leafly is about vaping marijuana.

Besides health concerns, the fact that vaporizers are so discreet is a huge selling point for electronic marijuana smoking devices. Not only do most marijuana vapes appear to be just one of the many electronic cigarettes on the market, but the vapor that originates from smoking these devices does not have much of an odor, if any.

Most vaporizers also use hash oil or marijuana concentrates that a said to be stronger than the average strain. Cannabis concentrates often contain a far greater percentage of THC than regularly ingested pot – as much as 90% purity.

The problem is that the potency vaporizers can deliver is present in an unregulated environment, despite the claims that they are a “healthier” ingestion device.

Vaporizers and concentrates are legal at this point for sale in every United States on a state by state basis, but even California is considering banning concentrates altogether, and they are not alone with the effort to combat the most powerful and potent forms of cannabis that could be much less healthy than advertised.

Either way at the moment it seems the growing popularity of marijuana vaporizers revolutionizing the way people use weed is not dying out anytime soon, and while policies in so many states keep changing the demand is only set to grow. The next question is, will the rate of drug abuse and addiction grow with it?

No matter how many ways we try to make drugs “safer”, we are still going to have those who abuse them. Addiction does not care how you get high, and it doesn’t care how much “healthier” you think you are because you vaporize your drugs. If you or someone you love is struggling with substance abuse or addiction, please call toll-free 1-800-951-6135