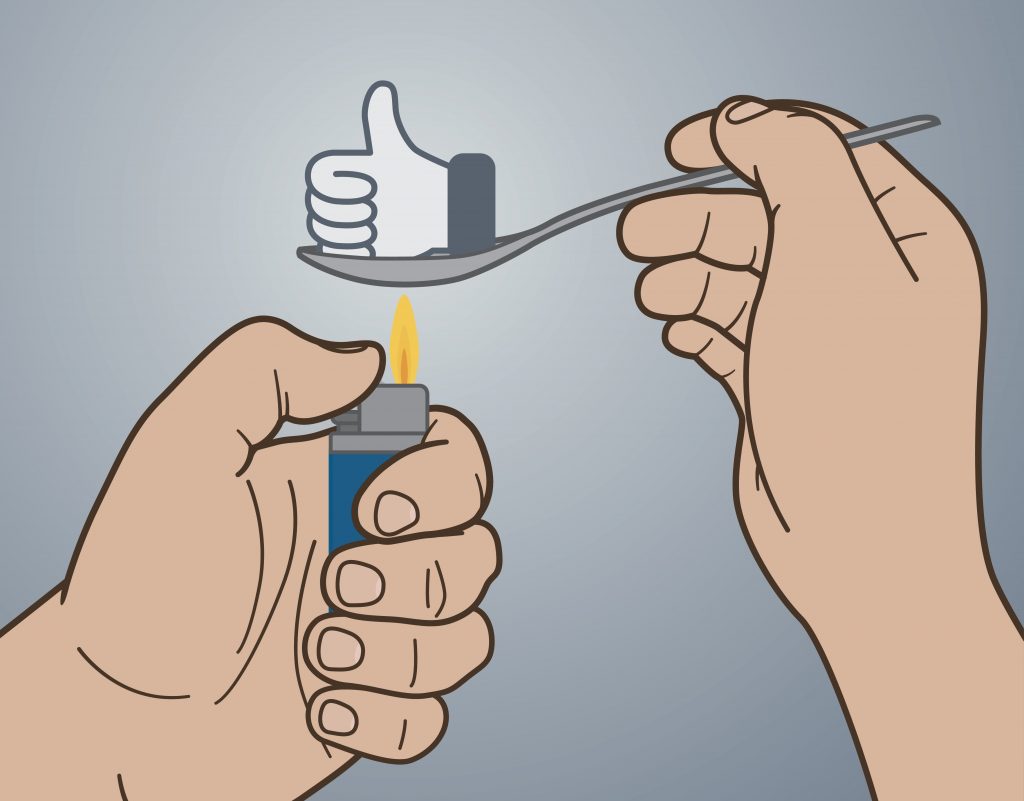 This past Tuesday and Wednesday, Facebook co-founder and CEO Mark Zuckerberg found himself sitting in front of a tough crowd on Capitol Hill for 2 days of questioning that covered various topics about the social media empire. The testimony covered how Facebook influences politics, handles user data, and what steps are being taken to prevent abuse of the massive tech companies international platform.

During the testimony of Mark Zuckerberg, the topic came up of drug trafficking, specifically opioid sales, through Facebook.

The line of questioning concerning opioids came from David McKinley. McKinely is the Republican Representative from West Virginia. On day two of the testimony, Mark Zuckerberg was grilled about opioid dealers abusing the social media space in order to distribute their drugs. During the conversation, McKinley states,

“Your platform is still being used to circumvent the law, and allow people to buy highly addictive drugs without a prescription,”

The Congressman went on to ask,

“With all due respect, Facebook is actually enabling an illegal activity and, in so doing, you are hurting people. Would you agree with that statement?”

“Congressman, I think that there are a number of areas of content that we need to do a better job of policing on our service. Today the primary way that content regulation works here … is that people can share what they want on the service, and then if someone sees an issue they flag it to us, and then we will review it.”

During McKinley’s comments, he actually shows Zuckerberg with images on a screen that opioids and other prescription narcotics are still actively being sold via Facebook. Later in McKinely’s statements he adds,

“That was just from yesterday. It’s still up. So my question to you is- when are you going to take down these posts that are done by illegal digital pharmacies?”

“Congressman, when people report the posts, we will take them down and have people review them.”

When the congressman continued to press Zuckerberg on Facebook taking responsibility for the posts made on the platform concerning illegal drugs, Zuckerberg replied,

“Congressman, I agree that this is a terrible issue and respectfully, when there are tens-of-billions or a hundred-billion pieces of content shared every day… even 20,000 people reviewing it can’t look at everything. What we need to do is build more AI tools that can proactively find that content.”

This is not the first time critics have called out tech companies for falling short on policing illicit drug sales through their platforms.

In 2011, search-engine giant Google agreed to pay $500 million to the Department of Justice for showing prescription drug ads from Canadian online pharmacies to U.S. consumers. Only a week before Zuckerberg sat down to speak with Congress, the FDA Commissioner Scott Gottlieb had already called on social media platforms to root out and exterminate the online opioid trade. Gottlieb stated,

“We find offers to purchase opioids all over social media and the Internet, including Twitter, Facebook, Instagram, Reddit, Google, Yahoo, and Bing. But when it comes to opioids, we haven’t seen meaningful, voluntary actions.”

Some of the posts McKinely flagged to Facebook have already been taken down. However, McKinley still says that Facebook’s internal controls “don’t seem adequate” in regards to detecting and removing illegal drug posts.

The biggest theme- whether it came to Cambridge Analytica, censorship of political views, selling consumer data or illicit opioid marketing- was accountability.

The question throughout the testimony is- are Zuckerberg and Facebook responsible?

Some have argued that if Facebook intends to censor things like hate speech or political interference, then they should also be responsible for monitoring and shutting down any illegal activity happening on the website. Some people believe that if drug dealers are posting on social media, their posts should be automatically removed. That is a good goal. Others might even insist that Facebook should report these profiles to law enforcement to help investigate dealers and make more arrests.

But should Facebook be mandated and regulated to enforce these ideas? Moreover, should they be punished when people manage to cheat their system or slip through the cracks?

Many might argue Facebook should not be punished for the posts individuals make. One comparison might be that we do not prosecute cell-phone service providers when their products and services are used in illegal activity. And if we expect Facebook to thoroughly monitor all activity and report any suspicious behavior to the authorities, should cellular services be held to the same standard?

While private phone-calls are a far cry from public posts to the internet, what is the best way walk this line of privacy and security in the digital age?

Is it fair to say that Mark Zuckerberg is himself hurting people because his company is unable to police the hundreds of billions of posts made to their site every day? Or is it true that the company is slacking when it comes to addressing these issues promptly and effectively?

Social media is changing a lot of the way we communicate, and like any other advancement, it can be taken advantage of. One thing is certain; if we want to fight the opioid epidemic we have to put more research into prevention, and more focus and support into safe and effective treatment. Technology can impact drug use, but it can also connect people and help them get on the right path toward recovery. If you or someone you love is struggling, please call toll-free now. We want to help.