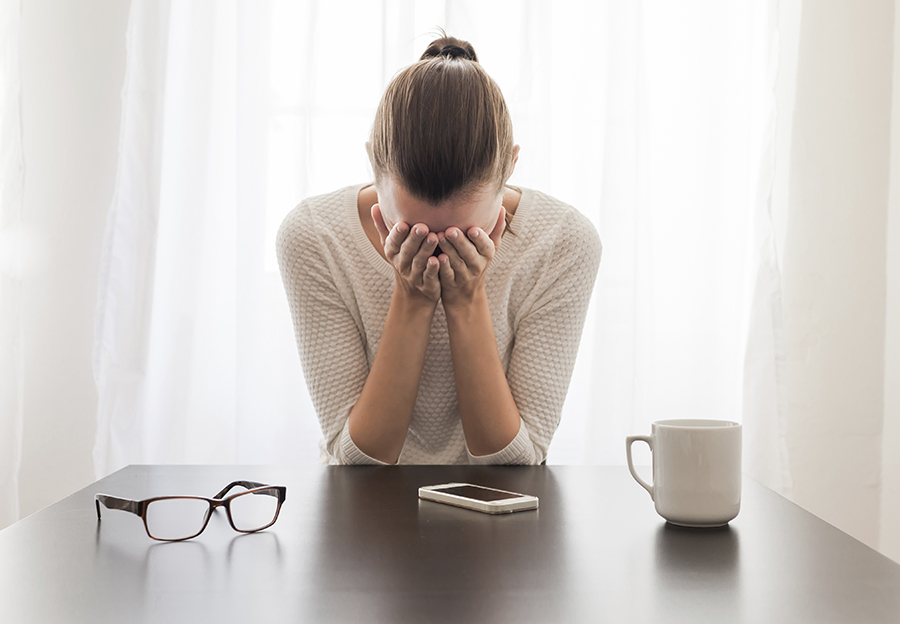 In the past few months I have touched a lot on the concerns surrounding the evolution of social media as an addiction and a compulsive obsession for so many people. This site has also touched on how social media can be an influential and versatile tool, especially when utilized in recovery from drugs and/or alcohol. It has been said that our texting, tweeting and sharing generation is so strangely disconnected on a personal level for being constantly connected wirelessly, but at the same time we have to appreciate and revel in that we’ve been given a unique opportunity to enjoy the experiences of others from halfway across the world, even in real time.

Social media is like any power; when it is respected and used for a common good it is a beautiful thing. But they do say absolute power corrupts absolutely, and when social media is abused it can take on a whole new meaning, especially for someone in the grips of depression.

So many people base their day, their relationships, even their lives and feelings on what they perceive to be the world around them through social media. Obsessing over ‘likes’ and comparing our accomplishments and self-worth to what we read on Facebook or what we see on Instagram is already a bad move, so for someone with depression, this mode of thinking can be infectious and critically cynical, because social media can feed into those haunting and painful feelings of ‘less than’, which addicts especially are familiar with.

Stephanie Mihalas, PhD, a psychologist and a clinical instructor in the department of psychiatry and biobehavioral sciences at the David Geffen School of Medicine at UCLA has said that getting wrapped up in social media can create a negative, even self-destructive cycle. A lot of people spend time surfing Facebook and other sites trying to escape their depressive symptoms, looking for a quick fix of happiness, and this can become an addiction, and today more and more people are beginning to recognize the concept of internet addiction.

Relying on social media will backfire more often than people think, and create a new root of unhealthy emotions. This type of negative cycle begins when you spend excessive amounts of time on social media instead of engaging in activities that might encourage better emotional health. Basic things like exercising or spending time with friends can promote emotional growth and stability, so of course avoiding these things to type comments and troll photo albums is not helping.

According to the 2010 Proceedings of the SIGCHI Conference on Human Factors in Computing Systems, social media users who consume the highest amounts of content have reported a decrease in social bonding and an increase in loneliness, which is one huge factor in a lot of depression. No shock that people who spend more time peaking into the lives of others through a touch-screen feel lonelier than people who don’t.

Social media obsession can lead an individual to get a chip on their shoulder and begin to process information negatively. That automatic negative association can also cause them to develop dysfunctional beliefs, which they then base the rest of their lives off of.

When you live in depression, you are at a great risk of create faulty beliefs from excessively surfing the internet and viewing the world under the influence of social media. For instance, people might process a photo or a post of someone elses in a way that glamorizes their life, which may or may not be what they seem, and ultimately feel they are living a less full life in comparison.

This negative bias can lead you to minimize the positives of your own life when compared to the perceived lives of others, and thus you no longer appreciate what you have and all focus goes toward the ‘have not’ in your life. Things like relationships may be portrayed online as picture perfect, but in reality they are just like your own, but in the world of social media we would rather compare and contrast based on an image instead of experience.

Isolation is an obvious sign of depression, and social media has a pretty strange way of keeping us alone while we are ‘connected’ to others. In 2011 a study was published in the journal Computers in Human Behavior that had tested the impact of both face-to-face and computer-mediated social support. While both types of support were found to be beneficial, face-to-face support showed a greater impact on protecting an individual’s emotions from life’s disruptions.

Dr. Santos says that in-person interaction is especially important when someone is depressed, because in a one-on-one face-to-face setting, the real world provides the environment in which those faulty beliefs we build around our presumptions from posts and pictures can be countered with evidence that proves them irrational or wrong.

Being socially withdrawn creates a greater tendency to deliberate over and over what’s bothering you, so in the presence of other people, you can talk about what’s right in your life, or at least what’s going on with them to get outside yourself and your own sad story. Your brain’s stress response decreases when you’re able to talk about other things rather than focus on your problems.

As with most things in life, knowing boundaries and limitations can make every bit of difference, even though phrases like ‘know you limit’ and ‘in moderation’ are like a foreign language to an addict, it is still possible to at least consider how it is you are using the time you spend on certain sites, and trying to re-evaluate your motives.

Basically, do not use social media as a constant means of keeping tabs on what your life looks like compared to those on your friends list. The true nature of these sites was created to help people stay in contact when needed, and to stayed updated with life changes and shared experiences over time. Conservative and constructive use of social media for things such as:

A lot of people tend to log on just because they’re bored. I know I do, and for someone who has dealt with depression it is a slippery slope. So when people jump online just to kill time when they are unhappy and end up feeling worse afterwards, then it’s not serving a positive function, and is just a form of self-sabotage.

Another boundary to set is with people you reach out to. Sometimes when we are depressed or anxious we set ourselves up to feel worse with habits like contacting too many people, jumping into a Facebook debate or a Twitter war which can ignite an anxiety attack or depressive episode. Staying connected to people we actually feel are our friends, and that we can communicate with is important, and when we are depressed we should reach out to them.

If you feel social media is the best way you know to escape from reality, or you directly (or indirectly) use it to avoid interactions with people who are trying to help you, it may be time to re-evaluate the function of social media in your affairs before it adds new dimensions to the depression that is already tormenting your life. If I were to relate my own personal experience, I would say this seems like a legitimate concept.

Working on social media on a pretty regular basis and seeing how at times it feels like my mood is determined by what is put on my news-feed is enough evidence for me, as a person who has fought depression, that I need to be aware of how much influence I let social media have on my own life, and the way I perceive it. There is so much more value in the moments I spend with the people I love than there could ever be in the way I ‘post’ about it.

Addiction to drugs and alcohol is a terrible reality, and depression can go with or without that added affliction. Excessive use and dependence on social media can be its own addiction, and with depression it can magnify those feelings you’re struggling to cope with, but there is help. If you or someone you love is struggling with substance abuse or addiction, please call toll-free 1-800-951-6135