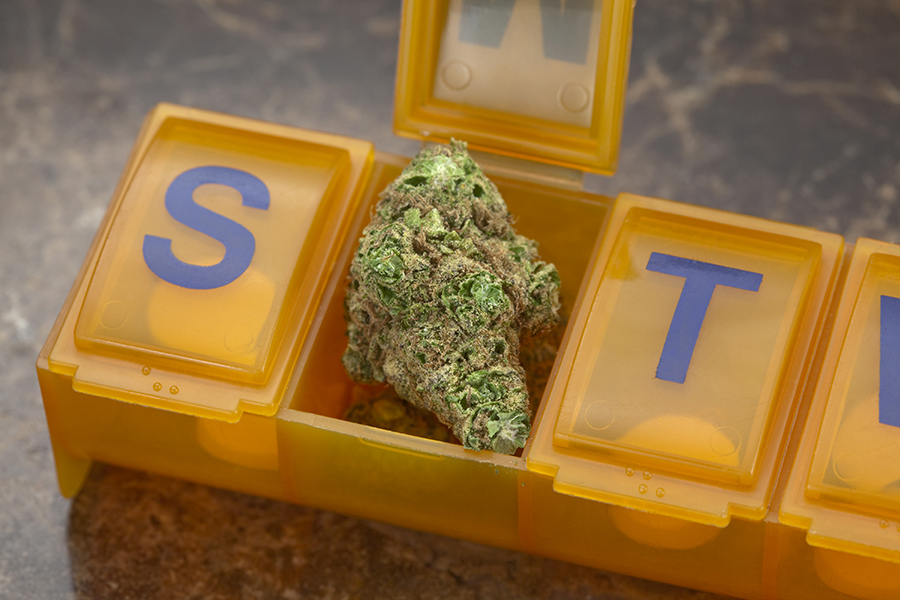 Ladies and gentlemen, medical pot is on its way to passing into law in Pennsylvania! This is a huge announcement considering the current political climate, and the fact that Pennsylvania is one of the swing states that is essential to sealing the deal on a presidential election.

For anyone who has been living under a rock for the past few years, let me get you caught up on what’s going down. Marijuana reforms and legalization movements have been taking the country by storm, noting that medical marijuana is now legal in 23 states, recreational marijuana is legal in 3, and both are legal in Washington, D.C. the 2014 November midterms set us up for a domino effect of legislation, with anyone wagering against weed coming up empty handed in most cases.

The 2016 presidential election campaigns starting to rev their respective engines in regards to reforms concerning addiction and mental health, and the issue of legalizing marijuana on a state by state basis could be one of the deciding factors for the presidential hopefuls.

Tuesday took the Pennsylvania Senate by storm when an overwhelming bipartisan majority approved the medical cannabis bill according to Democratic State Senator Daylin Leach for Delaware. Leach sponsored Senate Bill 3 from its initial formation, along with Republican Senator Mike Folmer, was just one of the politicians backing it. All in all including:

The measure passed by a 40-7 margin, a total landslide victory in the chronicles of chronic history. Leach said in a press release,

“Today, the Senate showed it stands with the 88% of Pennsylvanians who support medical cannabis. A huge, bipartisan majority supported SB3 because it will allow children suffering from devastating seizure disorders, veterans suffering from PTSD, and cancer patients being ravaged by the side effects of chemotherapy, among others, to get the medicine they need.”

Now by the typical standards of marijuana reform, be it for recreational or medicinal purposes, this is a pretty impressive majority.

Under the regulations set forth by SB3 Pennsylvania residents would be eligible to be treated with medical marijuana for a wide variety of illnesses. But, for everyone getting all excited about breaking out the new bong, the legislation text states they will not be able to smoke it. Leach added that in his opinion, legalizing marijuana is a “moral issue, not a partisan issue.” He also went on to add said in a speech on the floor of the Senate after the bill was passed:

“If any one of us had a sick child, a sick mother, a sick brother, that’s the only thing in the world we would care about. This is going to make a huge difference in the lives of so many people.”

In the past Leach has cited the economic opportunity which legalizing marijuana could present, beyond just medicinal marijuana. During a trip to Colorado in July 2014, he noted in an Op-Ed that marijuana growing facilities employed a number of positions that included:

He talked about how dispensaries created other forms of employment, such as:

Leach stated that these individuals had to be highly educated about their products, and thus were paid a very respectable salary.

Leach talked about the potential for state income, saying that in Colorado the tax revenues coming into the state are “astronomical.” According to his report in the first 6 months of legal cannabis the State of Colorado estimated to have generated well over $50 million in direct tax revenues, plus millions more from licensing fees, and indirect businesses such as:

Now SB3 must be approved by the Pennsylvania House of Representatives before getting a final signature into law from Pennsylvania Governor Tom Wolf. While there is still a possibility this will stop it in its tracks, considering the broad bipartisan support the bill received in the Senate, it would seem a probability that SB3 will pass the House and become legally binding.

However, don’t count the fight completely over. This would be the first time a bill passed through the Pennsylvania Senate just like that only to fail in the home-stretch. In the fall of 2014 another bill similar to SB3 was rejected in the House after passing the Senate, so nothing is guaranteed just yet folks. Opponents of the bill were largely social conservatives concerned with family values, and many are not convinced with the dependability of marijuana’s medical value, some even citing research that contradicts the argument that marijuana is good for seizures, and some saying it actually worsens them.

Still, if this revolutionary new bill becomes a law, Pennsylvania would become the 24th state to legalize medical marijuana. And again, with this being a swing state it could influence the path the future president takes, and even the entire country. Only time will tell, now all eyes are on Pennsylvania. Next… Ohio?

Medical marijuana may be uniquely beneficial to many patients in need, but for the addict it can only continue to create an unnecessary risk that could cause even more harm down the line. While there are already plenty of risky medications out there, a drug is a drug and this one can still be abused. If you or someone you love is struggling with substance abuse or addiction, please call toll-free 1-800-951-6135