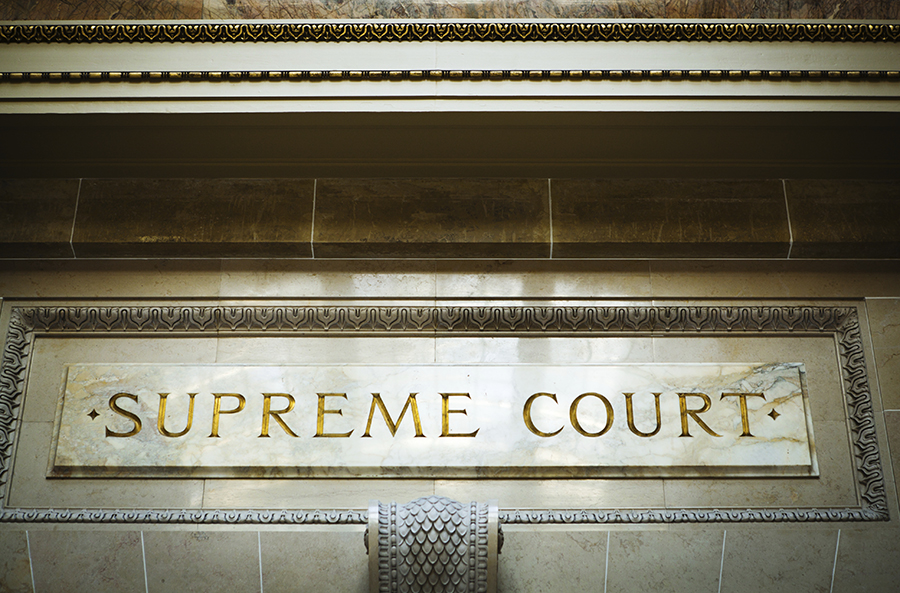 Synthetic drugs have notoriously caused some degree of confusion as far as the specificity of analogue laws, especially with the interchanging chemical compounds and the crafty tactics used by distributors to try and stay in the grey area and under the radar.

Earlier this month, the Centers for Disease Control found that synthetic marijuana deaths have tripled in the last year alone, with a 229% jump in the last 12 months for calls made to poison control centers related to synthetic cannabinoid use, making this issue of legal language an immediate concern.

This week a Supreme Court decision could add some more shading to the grey area. A unanimous ruling now states synthetic drug sellers can’t be convicted unless it can be proven they are aware of the substance being prohibited by law, or at least knowing what the substance is, but what exactly does that mean and how can it be done?

The case of New York City man Stephen McFadden brought the subject to light this past week. McFadden was convicted in 2013 of supplying bath salts to a store in Charlottesville, Va., which would be in violation of the Controlled Substances Analogue Enforcement Act.

A federal appeals court previously ruled it was sufficient enough for the jury to believe McFadden intended the bath salts for human consumption to obtain a conviction.

However, McFadden contended it should need to proven he was aware the bath salts were similar in effect to a controlled substance.

What may come as a surprise was the Supreme Court agreed.

As a result his conviction was overturned, but the case is now being sent back to the appeals court to determine whether the incorrect instruction the jury received as to the definition of the law changes the decision, so he isn’t quite out of the woods yet.

Some years ago Congress passed a law banning drug analogues at which point they defined an analogue this way:

The issue this creates is the general vagueness of it all.

“Substantially similar” is a very imprecise description, while adding or removing a single carbon atom can drastically change the behavior of a drug, which is often done with synthetic drugs to slip through loopholes in the law, ultimately making the phrase practically meaningless in a pharmaceutical context.

“Human Consumption” adds the issue of whether or not any chemical sold off as something else can cause someone to be convicted of selling the actual product. Like selling oregano as marijuana and getting a full conviction for selling marijuana.

Intent is where everything turned around for McFadden, which is another huge issue in terms of synthetics.

Under the Controlled Substances Act (CSA), the Analogue Act requires the government to prove the defendant actually knew he was breaking the law. This is usually a no-brainer when it comes to dealing something like heroin. But not so much with a chemical compound not explicitly listed as illegal.

McFadden’s lawyer said the McFadden didn’t fully understand the dangers of the substances. However, prosecutors cited telephone recordings McFadden had with the store in Virginia, during which he compared the effects of bath salts to meth and cocaine, describing them in comparison to other illegal drugs.

Furthermore the prosecutors argued the interpretation of the law offered by the defense would make it nearly impossible to charge synthetic drug distributors, which would be a serious problem given the rise in synthetic drug abuse.

In the end, the Supreme Court ended with a 9-0 opinion, written by Justice Clarence Thomas, partially sides with McFadden, and is summarized as:

“When a controlled substance is an analogue, §841(a)(1) requires the Government to establish that the defendant knew he was dealing with a substance regulated under the Controlled Substances Act or Analogue Act.”

Thomas writes that there are two ways to go about this:

The second method can hold even if he does not know the substance is banned, since ignorance of the law is not generally an excuse for law-breaking.

Might seem a bit confusing, and that’s because in a lot of ways it is.

At the end of the day, McFadden can’t be convicted just because he sold the substances for human consumption. It has to be proven he had some knowledge of the illicit nature of the substance. Simply knowing someone is going to smoke oregano doesn’t mean you should be charged with selling a controlled substance.

Beyond that, the synthetic drug dilemma continues to be muffled around as law-enforcement tries to keep tracking the evolution of these chemicals, while cases of injury and illness associated with them keep cropping up and disturbing communities. It seems the drug makers are less worried with the lives they ruin and the people they hurt and more focused on keeping themselves in the laws blind-spot.

Synthetic drugs are sold off as ‘safe,’ but who exactly is it safer for, the consumer or the distributor? These drugs are dangerous and addictive, and they have even ended lives, but there is help and hope for recovery. If you or someone you love is struggling with substance abuse or addiction, please call toll-free 1-800-951-6135