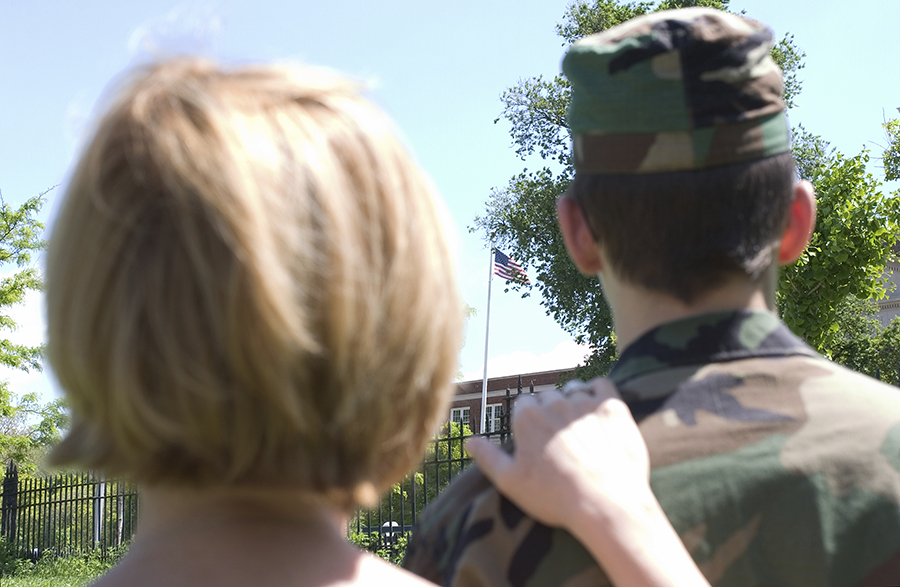 In the United States, suicide is the 10th leading cause of death; however, it’s particularly problematic among the U.S. military, especially since soldiers were first sent overseas after the September 11th terrorist attacks.

When it comes to the U.S. Army – already plagued by historically high suicide rates – suicide among its active duty ranks has more than doubled since 2001, with 259 soldiers killing themselves just last year, according to a Pentagon report released this past January.

Wallace looks to analytics technology as a solution and believes it will succeed where other suicide prevention efforts have failed, leading to the ultimate goal of saving soldiers’ lives.

The Army Wants to Predict and Prevent Suicide Among Its Soldiers

A five-year and $65 million effort called Army STARRS, which stands for Army Study to Assess Risk and Resilience in Service members, is the Army’s answer to the suicide problem. The purpose of this program is to implement ways of identifying factors that protect or otherwise put a soldier’s mental health at risk.

The Army has partnered with the National Institute of Mental Health, the University of Michigan as well as other educational institutions to undertake what Wallace calls a “huge big data operation,” which will analyze upwards of 1.1 billion data records from 39 Army and Defense Department databases, looking for markers and insight that might suggest a soldier is at increased risk for suicide.

Wallace added that health, personnel, and criminal records along with less obvious sources, such as genetic records and blood samples, can now be quantified through analytics.

STARRS will also involve other sources of data collection, which will be used in the study to determine risk. These include tens of thousands of neuro-cognitive assessments, 43,000 blood samples, more than 100,000 surveys, hospital records, previous risk studies as well as several other data points associated with the 1.6 million soldiers who have served in an active duty capacity. Analysts and researchers will also have access to job history, family history and combat logs.

“What we’re trying to do is get down to predict who might commit suicide,” Wallace said.

STARRS takes that data and applies a risk model to certain populations of soldiers, identifying subgroups with the highest predicted risk of suicide. These soldiers are then targeted for interventional methods. So far, STARRS has identified about 4,200 service people in the Army “that are high risk for suicide,” Wallace said.

“So there are thousands of false positives, which presents us with a moral dilemma in dealing with these individuals,” Wallace said. “How do I treat the other 3,800 out there while I’m trying to intervene? It is a very intensive, leader-peer-supervisor responsibility. This is about knowing your people inside the U.S. Army.”

Using the Information for Good, Not Bad

Of course, there are a lot of privacy and confidentiality aspects when it comes to using such vast and encompassing data sets as these, Wallace said. Therefore, the military is developing highly-sensitive training for those in the decision-maker positions “so they do not use this data for wrong,” added Wallace.

After all, it’s easy to imagine a situation in which this sort of information can be misused. For example, imagine that two competing personnel were up for the same leadership position, but one happened to be identified as “at-risk” for suicide at one time or another and s thusly passed up for the promotion. This would be a case in which using the data from STARRS would be a breach of privacy and ethics.

There remains a negative stigma attached to mental illness and especially suicide. Wallace said the Army may face a “moral dilemma” regarding the use of such data by finding a way to reach out to those deemed “at-risk” without attaching a stigma to those soldiers.

“How do I morally use this data that I’ve got out there—how do I not make what we’d call immoral decisions with that data,” he said.

STARRS will run through June 2015 but, it’s likely the results of this program will continue to be felt within the military for years to come. Certainly, policies that govern the use of such sensitive data will mature, as will the uses and analysis of the data sets themselves. As this occurs over the next few years, the military will learn the extent to which analysis and analytics can save soldiers from suicide.

If you are depressed or thinking about suicide, please call the National Suicide Hotline at 1 (800) 273-8255. If you struggle with mental illness and substance abuse, you are not alone. There are millions of people in your same or similar situation. Just know that it is not a hopeless situation and that help is available. Palm Partners offers dual diagnosis treatment for those who struggle with both psychiatric disorders, including eating disorders and substance use disorders, behavioral addictions. Please call toll-free 1-800-951-6135.