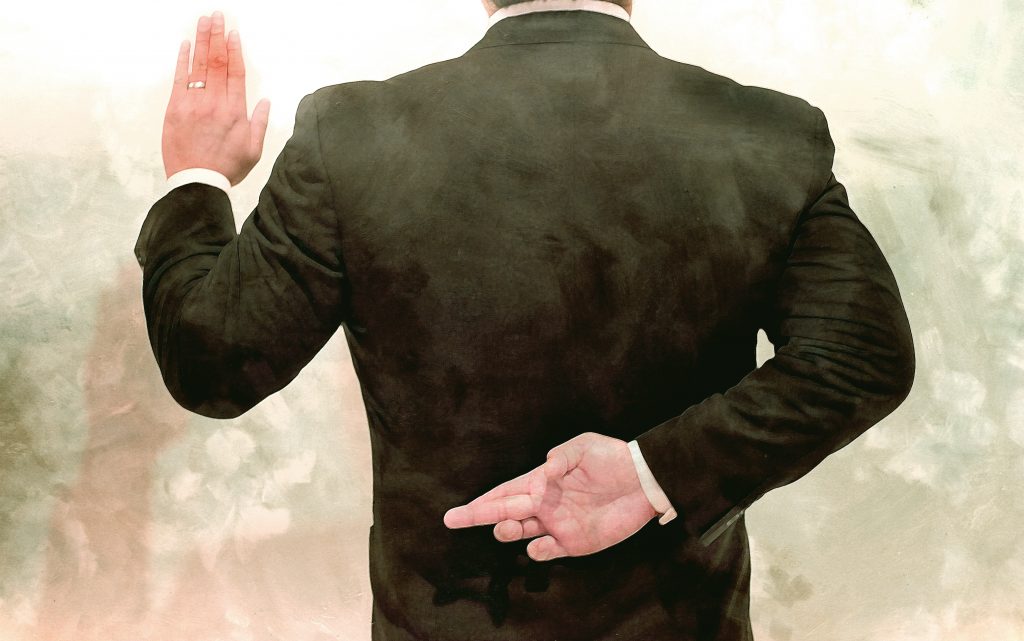 Earlier this week we talked about a story that shook things up in politics as a former DEA agent threw some serious accusations at the Big Pharma industry, Congress and a number of key officials for their involvement in policies some believe helped create the enduring opioid crisis in America. Among those accused of tipping the scales in favor of Big Pharma and stripping power away from those charged with regulating the industry was Republican Representative Tom Marino.

Of course, we know that Tom Marino was President Donald Trump’s top nominee to be the nation’s drug czar.

Now, after withdrawing from the nomination to head the White House Office of National Drug Control Policy, Tom Marino says he is proud of his role in writing a 2016 law that many critics say paved the way for the current epidemic.

What kind of role did Tom Marino have in the creation of the Ensuring Patient Access and Effective Drug Enforcement Act? Why is it that so many are up in arms about the bill in the first place?

To recap- Pennsylvania Congressman Tom Marino and Congresswoman Marsha Blackburn of Tennessee introduced a bill to the House. It was advertised to officials as a way to ensure that patients had access to the pain medication they needed. In a statement released by Marino’s office, he claims the law would help “facilitate a balanced solution” by ensuring access to certain medications while allowing the Drug Enforcement Administration to prevent the sale and abuse of prescription drugs.

In essence, Tom Marino was supposedly pushing for a way to let pain management patients still get the useful medications they needed, without impeding on the process of curbing abuse.

But that isn’t how everyone sees it, especially after the 60 Minutes story.

According to the opposition, the bill ultimately did little else besides weaken the DEA and the government’s authority to stop companies from distributing opioids in suspicious shipments.

For years prior to the passage of the “Marino Bill” some big-time drug distributors were getting fined thousands of dollars for repeatedly ignoring DEA warnings to shut down suspicious sales of hundreds of millions of pills. These companies were racking up billions of dollars in sales while turning a blind eye to obnoxious overprescribing of dangerous drugs.

Back then the DEA was able to immediately prevent drugs from reaching the street by freezing suspicious shipments. If the DEA judged that the drugs posed an “imminent danger” to a community, they could take action to prevent the flood of powerful narcotic medications from overwhelming the area.

However, the Tom Marino bill is argued to make it virtually impossible for the DEA to freeze suspicious narcotic shipments from the companies. Now, the agency is required to demonstrate that a drug distributor’s actions represent “a substantial likelihood of an immediate threat,” which officials say is far more difficult criteria to meet. The report against the Tom Marino bill even cited internal DEA and Justice Department documents and an independent assessment by the DEA’s chief administrative law judge.

The DEA even fought the bill, according to people within the agency, but in 2015 the law gained momentum again when the Justice Department named a new chief of the DEA- Chuck Rosenberg. After some reluctance, the report on 60 Minutes that included exclusive insight from Joseph T. Rannazzisi states the DEA ultimately took a deal they did not want.

Tom Marino spent years pushing versions of this bill through Congress. He argued that it was to put an overly-aggressive DEA in check and protect drug companies from what he believed was unfair or misguided federal interference. In other words, he spent a lot of time fighting for Big Pharma’s ability to send millions of pills to communities that didn’t have half the population to justify them. All because the DEA was being aggressive?

The irony here is that the same people who pushed so hard for drug distributors ability to traffic obscene among of pills without the pesky DEA would probably be the same people demanding mandatory minimums for low-level drug offenders on the streets.

And again, many are still suspicious of those involved in pushing for this kind of legislation because of their connections to Big Pharma industry. The Post reports that the drug industry worked behind the scenes with lobbyists and key members of Congress, including Tom Marino.

Some reports indicate the Big Pharma industry poured more than a million dollars into election campaigns, including Marino’s, who received nearly $100,000 in campaign contributions from political action committees supporting the drug industry.

Why are we not surprised? Because Hatch himself has received hundreds of thousands in donations from Big Pharma companies and health contributors over the years.

Holding Big Pharma accountable for their contribution to the opioid epidemic has become an increasingly popular cause. Lawyers and politicians at all levels have been pushing to put a spotlight on the shady side of the pharmaceutical industry. Now it seems that spotlight may extend more and more to exposing the politics that allow these issues to spread.

Another crucial element to putting an end to the opioid epidemic is providing safe and effective treatment for those who need help the most. A lot of people are still out there suffering because of prescription drug abuse or other dangerous substances. But we want to help. If you or someone you love is struggling, please call toll-free now.