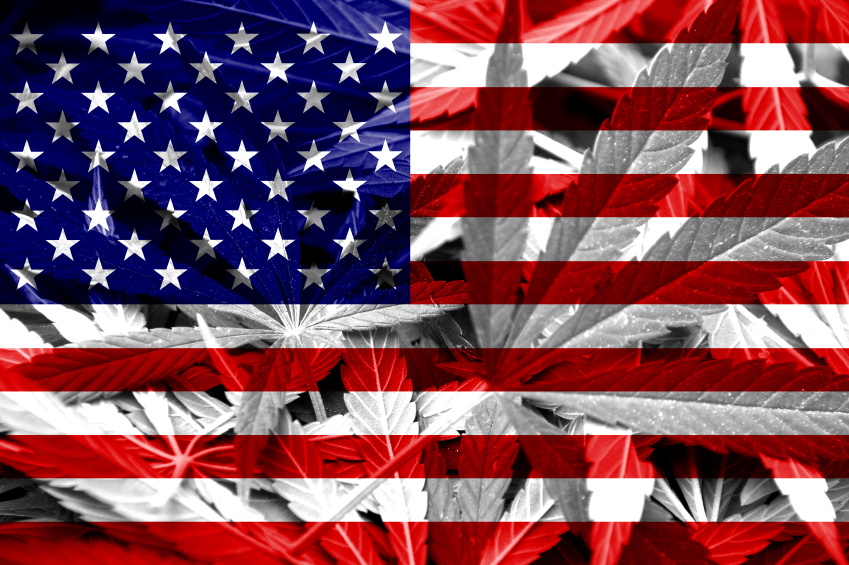 It is no secret that President Trump has not been exactly consistent with his views of drugs, specifically legalized marijuana. During the course of the campaign for President he flip-flopped a lot on whether or not he would support or oppose legalization. While a wave of marijuana reforms have continued to blossom in several states, it seems those inconsistencies are again cropping up. Now one can only guess what is going to come of the Trump administration and their strategy on marijuana.

Just this Thursday, White House press secretary Sean Spicer came to speak on behalf of the Trump administration. Here he suggested the federal government may soon crack down on recreational marijuana use across the country. Not just as part of the “law-and-order” stance of the plan for the Trump administration, but even in states that have already legalized marijuana for recreational use.

Timeline on Trump’s Back and Forth

So just to give us an idea of how this back and forth goes, we will set a timeline of notable changes in Trump’s attitude toward marijuana.

Back in the early 90s Donald Trump actually stated that he believed the United States should legalize all drugs and use the funds from sales to educate people on the dangers of drug use. During an interview he stated:

“We’re losing badly the war on drugs,” he said. “You have to legalize drugs to win that war. You have to take the profit away from these drug czars.”

Then, during the campaign of 2016 the attitude began to slip and slide at all sides of the spectrum. In June he stated he was adamantly opposed to legalization of marijuana. He still kind-of-sort-of supported medical marijuana at the time. His comments during the June CPAC Conference:

“I say it’s bad. Medical marijuana is another thing, but I think it’s bad, and I feel strongly about it,”

These comments come after a period in which he had stated he was a long-time supporter of marijuana for medical purposes.

During the same campaign, Trump was at a rally outside a casino in Reno, Nevada where he stated the government should use Colorado as a “litmus test” to properly assess the dangers of recreational marijuana. So he went from strongly opposing legalized marijuana, to supporting marijuana reforms, pending further review.

Later, the soon-to-be-President Trump had stated on the campaign trail he would only support marijuana legalization at the state-by-state level, essentially affirming he would allow the states to make up their own mind about how to handle marijuana reform.

Spicer’s comments during this week’s White House press briefing came in response to a question from a local Arkansas reporter. Spicer was asked whether President Donald Trump was OK with Arkansas’ medical marijuana law, which recently approved its regulations by the state’s Medical Marijuana Commission.

Sean Spicer now tells reporters that Trump does approve of medical marijuana use, which could help provide relief to the chronically ill. However, he is now more firmly opposed to recreational use. The notable addition to this stance is when Spicer says,

“There is still a federal law that we need to abide by … when it comes to recreational marijuana and other drugs of that nature,”

It is notable because now not only has President Trump done a more deliberate shift to stand against recreational use, but now the concept of “state-by-state level” seems to be out the window too. Many are outraged, Marijuana Majority founder Tom Angell saying:

“On the campaign trail, President Trump clearly and repeatedly pledged that he would leave decisions on cannabis policy to the states.”

Because the federal government still considers marijuana an illegal drug, these comments indicate they plan on enforcing those rules regardless of any state’s decision.

These changes in policy are almost the exact opposite of every move made by the previous administration to combat the negative impacts of the failed War on Drugs.

Back in 2014 U.S. Congress approved legislation preventing the DEA from carrying out any raids, arrest, or prosecutions of patients using medical marijuana. It blocked law enforcement agencies under the Justice Department from consuming federal dollars in efforts to enforce federal marijuana laws in states that have legalized the use of medicinal marijuana. Under former President Barack Obama, the Department of Justice did not pursue action against states that legalized recreational marijuana use, including:

In fact, the field of politics was shifting back in 2015 when a bipartisan effort was put forth in Congress to block the DEA from using federal funding for aggressively pursuing marijuana in the states where it was legalized.

Yet, this week Sean Spicer suggested the Trump administration and the Justice Department will no longer turn a blind eye to those states. In fact, he states it will be “taking action” against these states. Contradicting all the talk of states’ rights and rolling back federal enforcement to attack states who have their own legislations in place.

Even worse, these comments are completely contradicting a stance Sean Spicer announced on a different issue.

Earlier in the briefing, Spicer said federal guidance telling states to allow transgender students to use bathrooms corresponding with their gender identity was a violation of states’ rights. In fact, Spicer had literally just moments before said:

“If a state wants to pass a law or a rule, or if an organization wants to do something in compliance with a state rule, that’s their right,” Spicer said about transgender bathroom use. “But it shouldn’t be the federal government getting in the way of this.”

To recap, the Trump administration is telling us transgender rights should be left up to the states to decide, but those same “states’ rights” do not apply to recreational marijuana use, despite the fact these states have already done their due diligence through democratic process to make these choices.

While Sean Spicer and the Trump administration don’t seem to want to compare those two subjects, Spicer is happy to relate it to another; the opiate epidemic. During the briefing the press secretary actually suggested there was some relation between states’ decisions to legalize marijuana to the opioid crisis.

The question is how is the Trump administration going to take action? Will the DEA raid dispensaries and shut down businesses and imprison business owners who are working in accordance to their state law? Will they be refusing funding to these states or providing some other form of punishment?

The Trump administration is still willing to support medical marijuana, so the people who it helps most may still be OK.

As an advocate for recovery, and as a recovering drug addict, I understand people want to feel the government is doing something to stop the rising rates of addiction. I just think there is a better place to start; education and treatment.

When it comes to the drug problem in America though, we have to address this issue rationally. The legal status of a drug does not make it any less dangerous to those who struggle with addiction. Alcohol and prescription drugs can prove that any day of the week. If we are really focused on trying to fix the problem, how about we start with those industries? The answer to the opiate crisis or general drug problem is probably more education, prevention, treatment and support.

On one hand, one could say it is good that Trump is malleable in his views so he can develop them overtime with more knowledge and reasoning. What do you think? Either way, abusing any substance is a serious issue, whether it is legal or not. If you or someone you love is struggling with substance abuse or addiction, please call toll-free now.