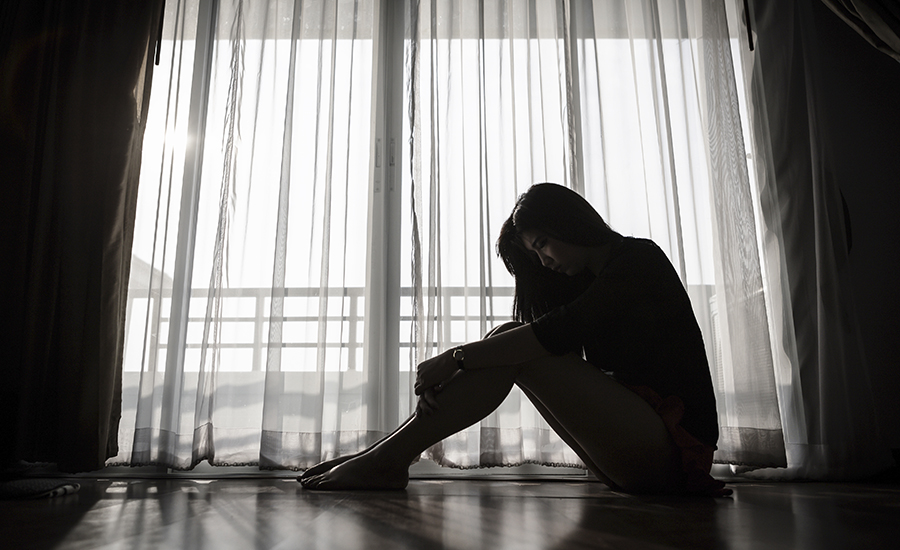 Depression can be a prison of grief, disconnection and utter loss of interest that takes hold of someone in the most powerful and oppressive ways imaginable. While sorrow and feeling low are normal facets of the life we all share, the emptiness and hopelessness that can accompany depression is often a far deeper and more severe shade of sadness.

Depression can be difficult to understand, and difficult to treat. There are numerous methods of treatment out there, from anti-depressant medication or personal and behavioral therapy, designed to help diagnose, assess and treat depression, and as time marches on we see many respond, while others struggle and regress.

Now there is a new treatment plan being researched and developed that is actually pretty intriguing, because it includes painkillers, and a medication commonly used to combat addiction… for painkillers?!

Currently a lot of antidepressants are considered selective serotonin reuptake inhibitors (SSRI) which are primarily utilized in treating depression by method of medication. In fact somewhere between 30% and 50% of people being treated for depression with medication use SSRI’s.

Still there is a real demand for newer depression therapies, as many people taking SSRIs do not respond adequately to them, and with severe cases of depression some worry there is too much of a risk of harmful results before treatment can be effective.

Recently scientists at the University of Bath in England conducted research on mice, and their findings suggest by combining a painkiller commonly used after surgery with a drug used to off-set the adverse effects of fighting addiction may be a new and efficient antidepressant treatment.

The ingredients, which have spurred quite an interesting conversation, are:

This is a painkiller that works by reducing a person’s response to stress by inhibiting the kappa opioid receptor in the brain.

However, buprenorphine also stimulates another receptor called the mu opioid receptor. This reaction could actually cause a person to develop a physical addiction to buprenorphine, especially after an extended period of use.

Buprenorphine is also one of the key ingredients in suboxone, which surprisingly is a medication containing naloxone and used to fight opiate addiction.

This anti-addiction drug was added as a result of the dangers with buprenorphine. You may recognize it under the trade name Vivitrol, which is a version that comes as a once-monthly extended-release injectable formulation.

Naltrexone is a drug that blocks the mu opioid receptor in the brain, and is commonly marketed to help fight opiate addiction and alcohol dependence. This medication is also frequently sold under the trade names Revia and Depade.

According to the report on the research published in the Journal of Psychopharmacology when the combination was used on the mice the concoction produced an antidepressant effect, but results showed it came without any addiction issues.

Of course this new combo is not a fool-proof system as of yet. There is still a very long way to go before a buprenorphine-naltrexone mixed medication could be available to every day consumers. Mice is one thing, but humans are very different, so of course there needs to be human trials to determine whether there are any risks.

The study’s co-author Stephen Husbands, PhD, made a statement where he said:

So while we can see a glimmer of hope, there is still some room for curiosity and concern when it comes to taking drugs so closely associated with addiction and combining them as a medicine, especially as a treatment for mental health.

It is understandable how this kind of formula would put people on edge. Combining a powerful opiate with another medication that is used to combat opiate addiction (but also doesn’t have the best reputation for recovery results) probably seems a bit sketchy to people who are trying to find a way to escape depression. I guess only time will tell if this is a surprise innovation or a nightmare disguised as a miracle.

Then you have to ask, what are the odds that humans will develop addictions to these drugs? What kind of new substance abuse could this kind of collision of chemicals create?

Depression and drug addiction often come hand in hand, and treatment can come in many forms. Dual diagnosis treatment is best for co-existing disorders such as these, and beyond medication there is a lot more that can be done holistically to ensure lasting and fulfilled recovery. If you or someone you love is struggling with substance abuse or addiction, please call toll-free 1-800-951-6135