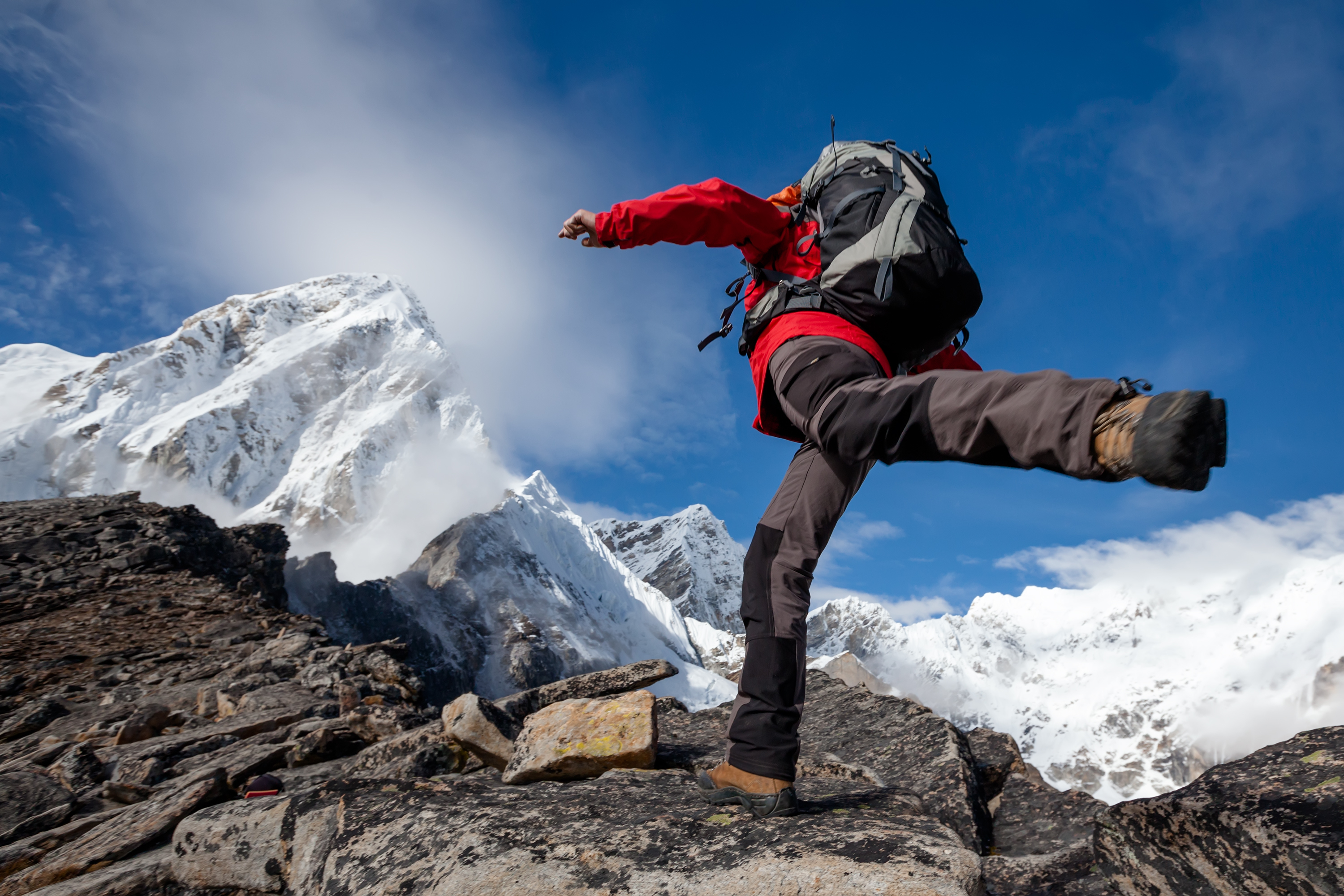 Over the weekend, my sister watched the 2015 movie, Everest. I know this, because she simply had to tell me about it.

The movie depicts several mountain climbers determined to summit the top of the world. Unfortunately, not all of them returned home. After hearing her describe the movie in shocking detail, I began to research the true events myself. Thus began my inevitable hours of research and documentary exploration.

The tragedies depicted in the movie are based on a true event known as the 1996 Mount Everest Disaster. The fatalities occurred on 10-11 May 1996, when eight people caught in a blizzard died on Mount Everest while attempting to descend and ascend from the summit.

Since that fatal day, hundreds more have lost their life attempting to reach the top of the world.

But climbing Everest is not the feat it once was. The first to the summit was New Zealander Sir Edmund Hillary alongside Nepalese Sherpa mountaineer Tenzing Norgay in the early 50s. However, Everest has transformed into a completely different place since the days of that early trek. Now, climbing the mountain has become more about status and bragging rights than sheer determination.

Climbing Everest can cost upwards of $65,000+, and with more modern equipment comes more unskilled climbers attempting the dangerous feat. Hundreds of climbers now attempt to climb Everest each season, and as a result, climbing Everest is more of a traffic jam than a secluded adventure.

The Risk and Rewards of the Climb

In the 1996 Everest tragedy, two outspoken survivors were Beck Weathers and Jon Krakauer. Beck Weathers was a seasoned climber with over ten years of experience, while Jon Krakauer was a journalist determined to write his next big story for Outside magazine. Both wrote books describing the events that occurred during those tragic two days.

While I won’t go into too much detail (you’ll have to dig into that yourself), I will say what these two men went through was astounding. Weathers was, in his own words, “left for dead,” by several climbers. He lied in the snow lifeless and eventually reached the point of accepting his own fate.

Shockingly, after lying unconscious for 15 hours, Weathers suddenly woke up and staggered down to safety. By sheer miracle, Weathers gathered enough energy to trek back to base camp. He barely made it out alive, suffering from severe hypothermia and frostbite that would lead to the loss of his nose and hands. Yet, he survived.

Now, looking back, Weathers says the love for his wife was what kept him going during that near-death experience. He realizes how much he let his love for adrenaline get in the way of what mattered most: his family. After returning home, his wife threatened divorce if he continued his adrenaline junkie ways. Ultimately, Weathers made the decision to change.

In the beginning, Weathers gravitated toward climbing to release himself of depression:

“I fell into climbing, so to speak, a willy-nilly response to a crushing bout of depression that began in my mid-thirties. The disorder reduced my chronic low self-regard to a bottomless pit of despair and misery. I recoiled from myself and my life, and came very close to suicide.”

Soon, climbing turned into an escape and his desire to conquer the tallest mountain in the world was too great to pass up. His wife, Peach, remembers Weathers well during those days:

“I think Beck was trying to prove himself to himself,” Peach says. “He was really hard on himself. I don’t know where that comes from or why he picked that way to fix it. I guess it’s just something that you come with.”

Despite Peach’s constant pleading for Weathers to stop his adrenaline-seeking ways, Weathers realized he was far too deep into his obsession to stop:

“When my wife, Peach, warned that this cold passion of mine was destroying the center of my life and that I was systematically betraying the love and loyalty of my family, I listened but did not hear her,” he remembers.

Fortunately, Weathers learned from his near-death that fateful day in 1996. He realized how selfish he had become.  Thankfully, he was given a second chance.

“I am neither churchly nor a particularly spiritual person, but I can tell you that some force within me rejected death at the last moment and then guided me, blind and stumbling— quite literally a dead man walking—into camp and the shaky start of my return to life.”

Jon Krakauer goal when climbing Everest was totally different from Weathers. He was hired to write a compelling piece for Outside magazine. He knew chronicling the plight of Everest mountaineers would make for an excellent story. In the end, he certainly got more than he bargained for.

Krakauer ended up nearly escaping death on the mountain. Looking back, he regrets having gone at all.

“Climbing Mount Everest was the biggest mistake I’ve ever made in my life. I wish I’d never gone,” Krakauer said. “I suffered for years of PTSD, and still suffer from what happened. I’m glad I wrote a book about it. But, you know, if I could go back and relive my life, I would never have climbed Everest.”

Furthermore, Krakauer believes Everest has turned into a tourist attraction for the wealthy, instead of a life changing adventure for the strong willed.

“Everest is not real climbing,” he said. “It’s rich people climbing. It’s a trophy on the wall, and they’re done… When I say I wish I’d never gone, I really mean that.”

Adrenaline Addiction: The Quest for the Ultimate High

There are literally hundreds of bodies frozen in time on Everest. Plenty of people continue to lose their lives trying to do what so many people have done in the past. In 2015, Mount Everest had its highest death toll ever with 22 climbers who passed after getting caught in an avalanche.  No one reached the summit that year. It seems the risk of climbing Everest far exceeds the rewards, so why do so many bother?

The reasons for climbing up the mountain vary from person to person. Some have a personal vendetta while others just enjoy the adrenaline rush. Furthermore, the concept of adrenaline addiction is one often overlooked, yet looking at the hundreds of people who choose to climb Everest, it clearly has some merit.

Sports like mountaineering are havens for adrenaline junkies. Typically, they seek out activities with a certain degree of danger. Any activity that involves a larger than normal risk of injury appeals to those fueled by adrenaline.

Over time, adrenaline can be just as addictive as any drug. After first feeling the euphoria of climbing the top of a mountain, it can be difficult for many mountaineers to refrain from putting Mount Everest on their bucket list. Despite the fatalities and limitless dangers,  the desire to summit Everest remains.

The problem with the adrenaline rush is that it wears off, and often regret takes its place.  Ask yourself: Is the danger worth the reward? If you or someone you know is struggling with any type of addiction, call now. We want to help.