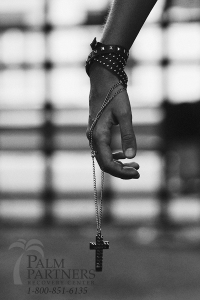 Although I’m probably on the top (read: older) end of the so-called Millennial generation, I would say that I can identify with these 6 reasons why young people don’t like religion.

Millennials are also referred to as Generation D, or the Digital Generation, because of growing up with technology and not knowing what life was like before cell phones. In this digital age, it’s not just Millennials who are exposed to a variety of faith perspectives online but, they are the ones who spend the most time online.

With access to all these different perspectives, they can “tailor-make their own religion,” one expert notes. Case in point: “I go to the Internet and when I’m stuck and I’m not sure, the research is right there; the answers are right there,” one Millennial student explains.

With immediate access to alternate sources – by way of clicking hyperlinks, shuffling iPods and surfing TV channels – the mind is actually trained to see the world spatially rather than temporally. This introduces it to various perspectives and points of view. Theoretically, for many Millennials, it’s hard to believe one person possesses the ultimate Truth; because there are too many truths ‘out there.’

Other experts suggest that the “Millennial way of thinking” informs their belief system: “They are absolutely appalled at the conflict and war that competing exclusivist religions can engender. According to Millennial logic, they can’t all be right, so they must be all wrong. Political parties are viewed the same way.”

Other aspects of the Millennial way of life, such as tattoos, inclusiveness, hipsterism, and social networking, don’t really mesh well with most established religions, that are more ‘old school.’

The word ‘religion’ is a major part of why young people are indifferent or even against religion. One pastor says, “I think their generation is really turned off by the term religion. They see it as a set of rules or something that represents the past.”

In an Introductory to Religion class, a professor posed this question to his students: “What comes to mind when you hear the word religion?” Of the 22 out of 30 students who responded, all but one expressed a negative view of religion. And these are Millennial students at a small, church-affiliated school in rural North Carolina, not some “some secular bastion of higher education,” as the professor put it. For many Millennials, it seems, just the word religion evokes contempt.

The consumer culture in this country – along with the church’s attempts to embrace it via evangelical mega-churches – are other reasons that Millennials are feeling ‘turned off’ by religion. Today’s young people generally seek to distance themselves from large institutions. One Millennial cringes at “performance churches” saying, “Having been advertised to our whole lives, we Millennials have highly sensitive BS meters, and we’re not easily impressed with consumerism or performances.” In fact, she argues, the “church-as-performance is just one more thing driving us away.”

Finally, Millennials, most of whom identify as independents and vote Democratic, are turned off by the increasingly intimate relationship between church and politics. They are “sick of the association we commonly make, in our culture, between ‘being religious’ and having a conservative political agenda,” a professor of theology explains.

Millennials tend to be firmly grounded in P.C. culture, and although that stands for ‘politically correct,’ that term doesn’t quite seem to embrace it all. Millennials are also very socially-minded and generally-speaking have a greater awareness and acceptance to all walks of life: gay people, transgendered people, people of color and other minorities (read: women).

That said, the Church and other institutions of dogmatic religion – although they preach brotherly love – have a tendency of being judgmental, misogynistic, homophobic, and racist. A maddening hypocrisy.

Are you seeking recovery but not “sold” on the idea of going to church or seeking religion as a solution? Do you have a resentment against God? Have no fear; there are many of us agnostics and atheists recovering from alcohol and other drugs. There are many paths to recovery and healing from substance abuse and addiction. Call an Addiction Specialist today at toll-free 1-800-951-6135.