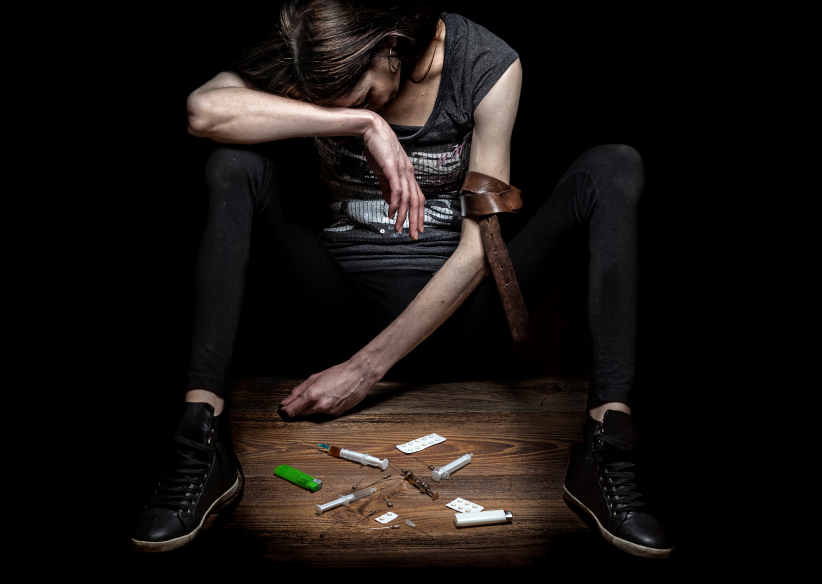 As if the problem wasn’t real enough, the city of Chicago was just shook up something serious by an eruption of heroin overdoses.

On a list done a while back the state of Illinois statistics had shown the region experienced an average of about 11.1 deaths per 100,000 people in the population, and as far as heroin overdose death rates across the 50 states go per population that average didn’t put them even in the top 20. Now granted, is the third most populous city in the United States with over 2.7 million residents, and it’s the most populous city in the state of Illinois and the Midwest.

Taking all that into account, the average overdose deaths per populous is a drastically high body count.

However, it seems as the opiate epidemic continues to spew all over the country in a chaotic mess of poisonously potent drugs the city of Chicago might be changing that statistic. Reports came flooding in this past week as heroin that was being purchased on Chicago’s West Side was speculated to be the cause of 74 overdoses in just 72 hours!

Just over an overdose an hour!

This heavy-duty batch of heroin was believed to have been cut with the painkiller fentanyl, which seems to have become a new norm in the world of drug trafficking. Fentanyl is an intensely potent narcotic assessed to be 40 to 50 times stronger than pharmaceutical grade heroin, and there has been a growing concern in several parts of America for some time that this deadly mix is making its way into more and more neighborhoods.

The number of overdoses from the heroin and fentanyl mix was more than double the amount of overdoses experienced in Chicago the same time last year, and that was almost 100 more than the year before that.

What’s worse is the Windy City has seen this before.

The same invasion of heroin overdoses occurred back in 2006, and then as it is now, fentanyl was the subliminal criminal element. There were more than 1,000 drug deaths between 2005 and 2007, many of which were attributed to fentanyl.

Back in April we saw another example in Pittsburgh of just how deadly this drug cocktail can be when one day in authorities were thrown into a frenzy trying to get a grip on an outbreak of overdoses. In a 24 hour period between the morning of Tuesday and Wednesday afternoon there were reports of a dozen heroin overdoses.

Even before the problems boiled over in Pittsburgh there were already issues with the fentanyl formula.

Time and time again the stories have shown that heroin laced with fentanyl is a dark shadow looming over the horizon when it comes to fighting heroin addiction, because it is increasing the risk of overdose and death while flooding the streets in ways both unpredictable and unprecedented.

Currently a coalition of health and law enforcement officials in Cook County is investigating at least one death linked to the sudden and devastating outbreak of heroin overdoses, but thankfully dozens of lives were saved thanks to the access to the opiate overdose antidote naloxone, with the generic form of Narcan. Diane Hincks of Mount Sinai Hospital made a statement to reporters describing the severity of many cases of overdose victims who needed emergency medical attention, saying:

“They’re taking double and triple the doses of Narcan in order to bring them out of their stupor.”

Even after receiving the Narcan antidote and coming out of their incoherent state several users were required to get additional treatment at local hospitals, and as a result of the explosion of occurrences in the short time frame additional doses of naloxone have now been supplied to first responders.

This is just another example of how important expanded access to naloxone and Narcan is for a lot of communities in order to save the lives of drug users who unknowingly are injecting dangerous and life-threatening drugs into their bodies. Lawmakers and reformers are still pushing for new legislation and developing programs to increase the resources available in such areas to fight back the infestation of fatal fentanyl and heroin doses that is spreading like a virus. Properly equipping these first responders puts the right power on the front lines, and thankfully out of 74 overdoses the great majority of these lives we spared thanks to naloxone.

While terrifying numbers of drug overdoses threaten lives in Chicago, people all over the nation are driving for more proactive solutions. Too many addicts are dying right now because they don’t know a way out, but it is possible and we at Palm Partners want to help. If you or someone you love is struggling with substance abuse or addiction, please call toll-free 1-800-951-6135