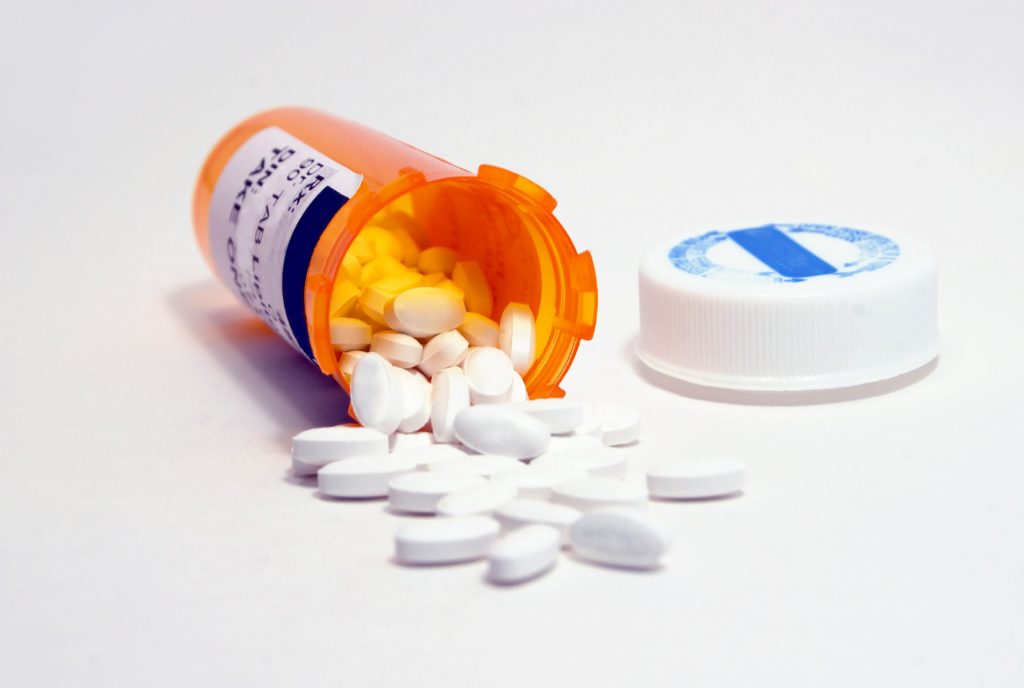 As someone who struggles with anxiety, I can understand the desire to find something that can help protect yourself from haunting feelings of dread that cripple your peace of mind. Anxiety is a complicated condition that can creep in from the most unexpected places, and people experience it in many different ways. While some may think it’s based in fear or weakness, the reality is far more complex. Those people may say all you need to overcome anxiety is a more grounded and positive outlook. But the truth for most people with an anxiety disorder is that battling anxiety goes a lot deeper than promoting optimism. Especially when your condition convinces you that all levity is just you lying to yourself. Sometimes, you need a little outside help, and anti-anxiety drugs can be very useful when a physician and an individual decide on the right route to take.

However, anti-anxiety medications can also be dangerous. These anti-anxiety drugs may not be in the spotlight the way opioids are, they are commonly abused, extremely addictive and can be just as lethal.

With recent reports showing a rise in deaths associated with anti-anxiety medications, some experts are saying there is a hidden epidemic being overshadowed by the opioid crisis.

It is true that opioids are doing massive damage all across the country, but that doesn’t mean the death rates due to anti-anxiety drugs should be ignored. While focusing on prescription opioids, heroin and synthetic opioids is important, we should also keep in mind the other dangerous medications out there.

The usual suspects are benzodiazepines, which include drugs like:

While these anti-anxiety drugs may be useful in helping some people, they still carry their risks, which can be devastating and even lethal.

According to the director of the Scripps Mercy Hospital emergency department Dr. Roneet Lev, benzodiazepines are responsible for more drug deaths in San Diego County than people may expect. She says,

“We’ve seen terrible withdrawals, when they’re used to having it, with seizures, that end up in the ICU.”

And it isn’t just people who are buying these drugs off the street. Concerning drug-related deaths by legal prescriptions, benzodiazepines are not as far behind opioids as people may think. Dr. Lev adds that while oxycodone is the number one prescribed drug associated with death, hydrocodone is second, and benzodiazepine is in third place.

But San Diego County is definitely not the only area experiencing a surge in benzodiazepine-related deaths. According to the National Institute on Drug Abuse (NIDA), deaths involving these anti-anxiety drugs have more than quadrupled between 2002 and 2015.

Something that does make these medications even more treacherous is when they are mixed with opioids.

As if opioids or anti-anxiety drugs weren’t hazardous enough on their own, the fact that many people mix these two medications makes them even more deadly. The San Diego County Medical Examiner has concluded that 83% of benzodiazepine-related deaths also involved opioids. Nathan Painter is an associate professor in pharmacy at UC San Diego. He explains how the chemicals interact with the body, and how mixing them only amplifies these effects.

“The benzodiazepines themselves can cause respiratory depression, or your breathing slow down, and so can opioids. So when you combine them, especially in the case of not using them on a regular basis, or being new to the benzo or the opioid, if you give too much, or combine it with other things like alcohol or other medications, then it can cause that breathing to slow down, or even stop.”

What could make this even worse? Well, many of the people mixing these medications may have just been following instructions as prescribed by their doctor. Painter notes that sometimes the prescribing physicians aren’t necessarily aware of all the drugs that someone is taking, and may not be as conservative or as slow in starting the medicines as they could be. So some people may be unknowingly consuming dangerous amounts of these drugs.

Sadly, there are areas of our current culture that put people at elevated risk of death by anti-anxiety drugs.

One of the more vulnerable populations is our veterans. In fact, the Veterans Association Healthcare System has to deal with the issue of mixing medications in particular, as many veterans end up using both benzodiazepines and opioids. Dr. James Michelsen is a physician at the VA. According to Michelsen,

“Anxiety related to their combat time, problems with sleep, post-traumatic stress disorder. And traditionally these conditions benzodiazepines have been used to treat. Additionally, many of our veterans came back with physical wounds, as well.”

This becomes a serious issue when there is a lack of communication between networks of doctors, which can happen if a veteran visits a non-VA doctor and receives a prescription.

It’s not just veterans and hospitals that have problems with benzodiazepines. In fact, benzodiazepines are some of the most prescribed medications in the United States. But it has gone beyond that and even made it into pop culture.

Drugs have always been part of the music industry. History shows us how hallucinogens like LSD influenced rock like the Beetles, and how cocaine coexisted with disco, or how heroin lingered along with jazz and blues over the years. It’s still hard to find a country song that doesn’t glorify good ol’ boys with whiskey and beer. Now, pill-popping in hip-hop and pop music is so mainstream it can be unsettling.

Along with that spotlight came greater influence. Some musicians try to paint that pretty picture with abusing anti-anxiety medications, but these drugs have taken the lives of some of the great artists of a generation. In the last several years alone we lost:

There are even others like Chris Cornell, who’s wife believed that the anti-anxiety medication he was taking is partly to blame for his suicide. Even with all the death caused by these drugs, some still glamourize prescription drug abuse in our culture. Not to mention the issue of mental health and substance use disorders already growing across the country.

Personally, the risks involved with anti-anxiety drugs is troubling because a lot of my anxiety is rooted in health. It manifests at times in the side-effects of even the most mundane of medicines. Some days I can’t take an Aspirin without a secret part of me wondering if my kidneys will shut-down (which is ironic considering the years I spent polluting my body with hard drugs and excessive drinking). So while everything is going fine on the outside, my inner dialog is trying to measure and analyze every muscle movement or twitch as an indication of a terminal illness.

In reality, anti-anxiety drugs can be the difference between an everyday struggle to endure the rush of nameless terror and a window into serenity and stability. For people who can take advantage of the opportunity, it can be life-changing.

However, these drugs are nothing to take lightly, and plenty of people develop severe addictions to these drugs. Anti-anxiety medications can be fatal. Some might think they are an easy way to get a rush, they can be just as lethal as opioids. Just because they are not painkillers doesn’t mean we should underestimate their capacity to do harm.

Fighting anxiety is extremely important for people with anxiety disorder. But we have to remember the risks that come with these drugs and find a way to stay safe. This is especially true for those of us in recovery from addiction. Dual diagnosis treatment is a way to create comprehensive and holistic recovery that addresses both anxiety and addiction simultaneously in order to help people overcome their anxiety in the healthiest way possible.

If you or someone you love is struggling with anxiety, or any mental health disorder, please seek help. If you struggle with substance use disorder, drugs or alcohol is not the answer. There is real help out there. Please call toll-free now.