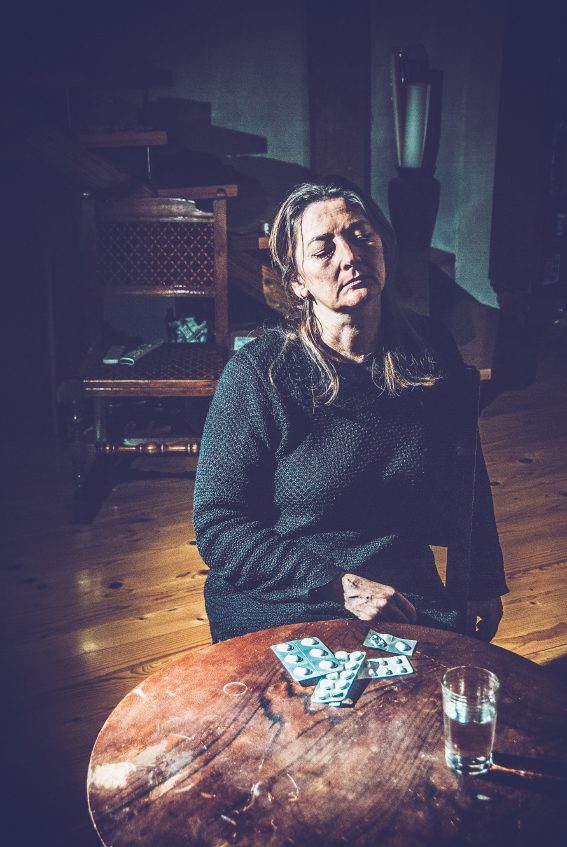 While the nation seems to have recognized the looming threat of an opiate epidemic that has been claiming lives in record numbers in every state, others also believe there is another epidemic that exists in our country that sits insidiously in the shadows of other issues, getting worse and worse as time runs out for more and more people. This epidemic is one that isn’t as easy to see in action because its symptoms are much more personal and subliminal than the warning signs and effects of drug abuse, but it is an epidemic that is just as crippling and perhaps even scarier because it is so much harder to see it coming. However experts insist the United States is also in the grips of a suicide epidemic.

As a suicide survivor and someone with a history of prescription drug abuse, I can say this story was significantly disturbing considering all the elements involved. Don’t get me wrong, I see the positive impact some people experience with antidepressants and anti-anxiety medications. One might say I would be a likely candidate for either, but my suspicion was definitely spiked when I read some of the information in this report.

The assessment of a rising suicide epidemic comes in aggregation with various other intense and terrifying reports- including the underreporting of suicide rates related to antidepressant use by the Big Pharma companies responsible, and an increase in overdose of anti-anxiety medications.

Now an analysis of recent reviews on common antidepressants is leading us to ask- is Big Pharma hiding that anti-depressants are related to these rising suicide rates?

The issue is not only confined to the United States. According to the World Health Organization in 2015 suicide is now the 3rd leading cause of death, representing a 60% increase worldwide over the past 45 years!

A recent study by the Equality and Human Rights Commission in 2015 found that British males between the ages of 45 and 49 had a drastic increase of 40% in suicide rates in just 7 years. In retired males, or pensioners, the increase was 10%.

One report from the Centers for Disease Control and Prevention in shows statistics that found an estimated 9.3 million adults in the United States (3.9% of the adult population) reported having suicidal thoughts in the past year.

The Nordic Cochrane Center carried out a review later analyzed by University College London (UCL). Of most of the medications the primary statistics that were found to be most shocking were those for:

These antidepressants, according to the review, actually double the rate of suicide and aggressive behavior for adolescents and young people under the age of 18. But more troubling than the fact these medications intended to treat depression actually increased risks of harmful side-effects was the fact that the review determined there was “serious underestimation of the harms” by the Big Pharma companies. This leads the authors of the study to infer that older adults are likely to also experience elevated risk of suicide than the makers will admit.

In the last two decades deaths by overdose of anti-anxiety drugs have quadrupled, which coincides with a tripling rate of these drugs being prescribes. So as the drugs were being distributed at magnified amounts, more people were simultaneously dying due to overdosing on them.

Dr. Tarang Sharma of the Nordic Cochrane Center stated in the research that,

“The analysis suggests that clinical study reports, on which decisions about market authorization are based, are likely to underestimate the extent of drug-related harms.”

Many experts involved in this review and the proceeding analysis have said they find it troubling that one could conclude more and more patients are being prescribed these medications and taking them in increasingly hazardous doses over time, but no one in Big Pharma seems to see there is an issue with how they report their product studies.

So even if the Big Pharma companies behind the antidepressants aren’t aware if their drugs are responsible for suicide rates rising, shouldn’t they be paying closer attention to how they examine these products?

While it is true there is no clear cut reason for why suicide rates all over the world are rising at such a tragic and terrifying rate, antidepressants and anti-anxiety medication don’t seem to be making it any better when you take a closer look at the records. Yet Big Pharma continues to turn a serious profit while avoiding any blame in the cause of these deaths and covering up any connection with catch-phrases like “emotional instability” instead of giving their potentially damaging drugs an honest appraisal.

Depression, thoughts of suicide, and anxiety are all medical conditions that need attention and treatment. Too often powerful prescription drugs are seen as the only solution, which can evolve into substance abuse and addiction. Depression also can come hand in hand with alcohol use disorder or drug addiction, and all these point to increased rates of suicide. There is a way out, even when we don’t see any hope. If you or someone you love is struggling please call toll-free 1-800-951-6135. We want to help, you are not alone.