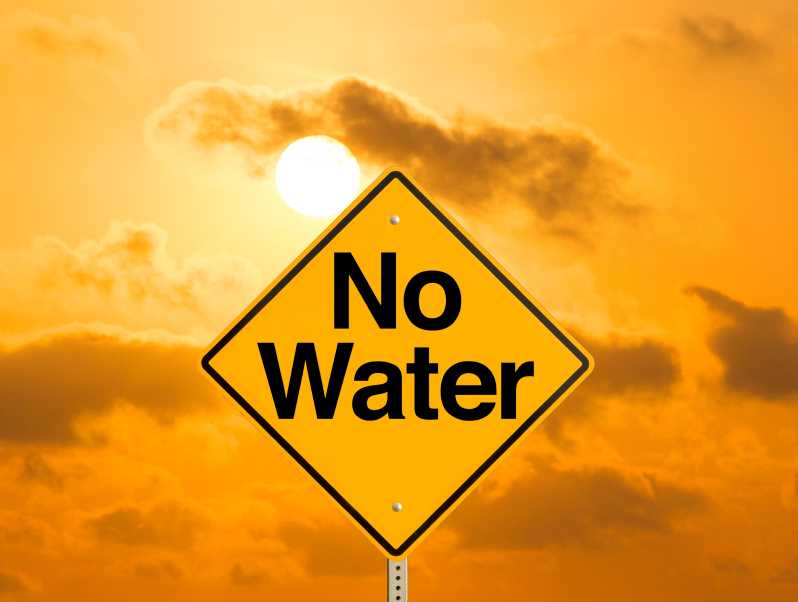 California is in the middle of their worst drought in 1200 years. Recently, I wrote an article about how marijuana farms are draining the state of its water supply. The growing season for marijuana plants comes during California typically dry summer months. An article in The Rolling Stone pushed for regulating the drug stating their needs to be a crackdown on water usage.

As a side effect, Marijuana Reform is now being viewed as a possible solution for California water drought problem. The legalization of marijuana is now heavily promoted as a way to save California’s water crisis.

Marijuana plants require six gallons of water a day per plant to grow. Often, this large water supply is diverted from rivers, lakes, and streams or even stolen from farmers whose water use is already strictly regulated. The majority of marijuana is produced in an area known as the Emerald Triangle consisting of Humbold, Mendocino, and Trinity counties.

The legalization of marijuana would result in environmental benefits, the article mentions.  Marijuana growers would be required to grow their crops next to other farms and thereby have to follow the same water regulations. It would allow regulators to monitor the growth of the plants and offer guidelines for reducing water usage such as establishing a rainwater collection for the summer months.

The full legalization of marijuana in California is seen as inevitable for many corporations. In efforts to prepare, The North Coast Regional Water Control Board is in the process of setting up permits associated with marijuana cultivation. Other pilots programs across the states have implemented new guidelines to cultivate marijuana in an environmentally conscious manner.

What this means for Marijuana Reform:

So what does this all mean? Essentially the drought in California is making the fight for legalization easier. In addition to all the health benefits and revenue that marijuana has the potential to bring; the environment is another reason for reform.

California has one of the largest running medical marijuana programs, but in the past, recreational marijuana has been voted down.  Since the drought has gotten to be so horrible, most people will lean towards supporting any legislation that will improve the water shortage. California’s significant loss in agricultural yield, income and employment will likely influence the decision to legalize recreational marijuana.

Furthermore, the higher tax revenues generated from marijuana will result in other states to want to cash in on marijuana as well.  Legalization in California is predicted to generate a rippling effect influencing legislation in states nationwide. As more states legalize marijuana, there will be less of a need to grow only in one area and farms will spread in other areas of the country.

Until recently, farmers sought out hidden nooks and crannies of the state to cultivate their crops. They were not conscientious about water usage or environmental regulations. Marijuana still remains largely in the shadows because its illegality makes it impossible to regulate. How do you regulate a crop that people can’t legally produce?

For now, as long as farmers offer documentation that they are growing plants on behalf of those with medical marijuana prescriptions, they can continue to grow. Unless marijuana legalization occurs, this will be an uncertain situation with minimal solutions.

Marijuana is an easily abused drug, and legalization poses other consequences. However,  medical marijuana regulations are not beneficial to the environment. The next step for California may be to protect the environment by legalizing the drug and enforcing proper regulations.

Marijuana is a mind-altering substance that can be abused just like any other drug. Research is suggesting there could be health implications from heavy use. Although marijuana reform is getting significant amounts of attention, it is important to recognize if your drug use is becoming an addiction.

Remember, legal or not, drugs can be abused and drug addiction can occur. If you or someone you love is struggling with substance abuse or addiction, please call toll-free 1-800-951-6135.