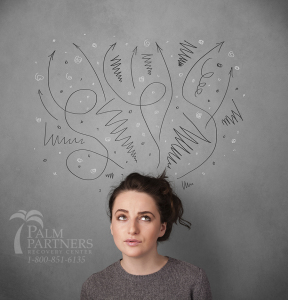 As recently as 2005, Alan Marlatt and Katie Witkiewitz described craving as “possibly the most widely studied and the most poorly understood concept in the study of drug addiction” in their book Relapse Prevention: Maintenance Strategies in the Treatment of Addictive Behaviors.

But, what exactly does it mean to crave something?

Despite the fact that the feeling of craving lies at the heart of the addiction experience, we know very little about how it works. So what is a craving? When someone with Obsessive Compulsive Disorder feels that they have to scrub their hands several times a day, they don’t experience that need as coming from within, rather from above. In this way, the person’s experience is more of a “should” than a “want.”

On the other hand, when someone with a substance abuse problem, such as drug addiction, feels the need to use their drug of choice, they experience that as a “want” but, a want so intense that even though they don’t want all the bad consequences that they know will happen, they feel an intense temptation to give in to their desire to use. When a person with addiction says they want to stop, what they really mean is that they want to want to stop.

So, what is wanting?

Wanting starts with an urge. But, to be clear, that isn’t the same thing as action. We all experience urges that we ignore all the time. Sometimes, that urge may incite an awareness of the several different possibilities of action, which then leads to some form of conscious intention, which will then lead to an action – even if it’s inaction – a choice not to act on the urge.

On the other hand, a craving seems more like an unrecognized intention. That is, the person experiencing the craving doesn’t seem to have any self-awareness as to what led to that experience.

So, for example, a drug addict who is experiencing a craving clearly makes several decisions – and therefore actions – in order to satisfy their craving: find a dealer, find money to pay him, make the transaction, prepare the drug for use, and then take the drug in that form (swallow, snort, inject, etc.).

The difference here is that the drug user doesn’t feel like the agent (or doer) of all those actions. Instead, they feel like they are a victim to them. The experience leaves them feeling impulsive and lacking in a sense of deliberation – basically feeling like they can’t help themselves when it comes to cravings.

Some characteristics of craving are:

The Psychology Behind Craving vs. Wanting

Substance abusers have particular difficulty with uncontrollable cravings. In one study, both cocaine abusers and non-abusers were given the same picture cards and asked to make up stories about the characters in the pictures.

When it came to the stories told by abusers, the narratives tended to be faster, shorter, and more unexpected. These stories also tended to miss important time elements, such as a beginning, middle and end. The substance abusers even had a tendency to tell their stories in a way that seemed less intentional. For example, substance abusers were more likely to blame the card itself (“the card makes it look like…”) or even the tester (“you want me to say…”) for the content of their stories. Even the main characters of their stories were less likely to act with intention and thus were more likely to act “without realizing it” or because they were “flipping out.”

Are you struggling with substance abuse or addiction? Do you want to want to stop but don’t know how? Have you tried to stop only to experience intense cravings that you ultimately give in to? There is a better way and recovery is possible. Call an Addiction Specialist toll-free today at 1-800-951-6135. We’ll tell you how.