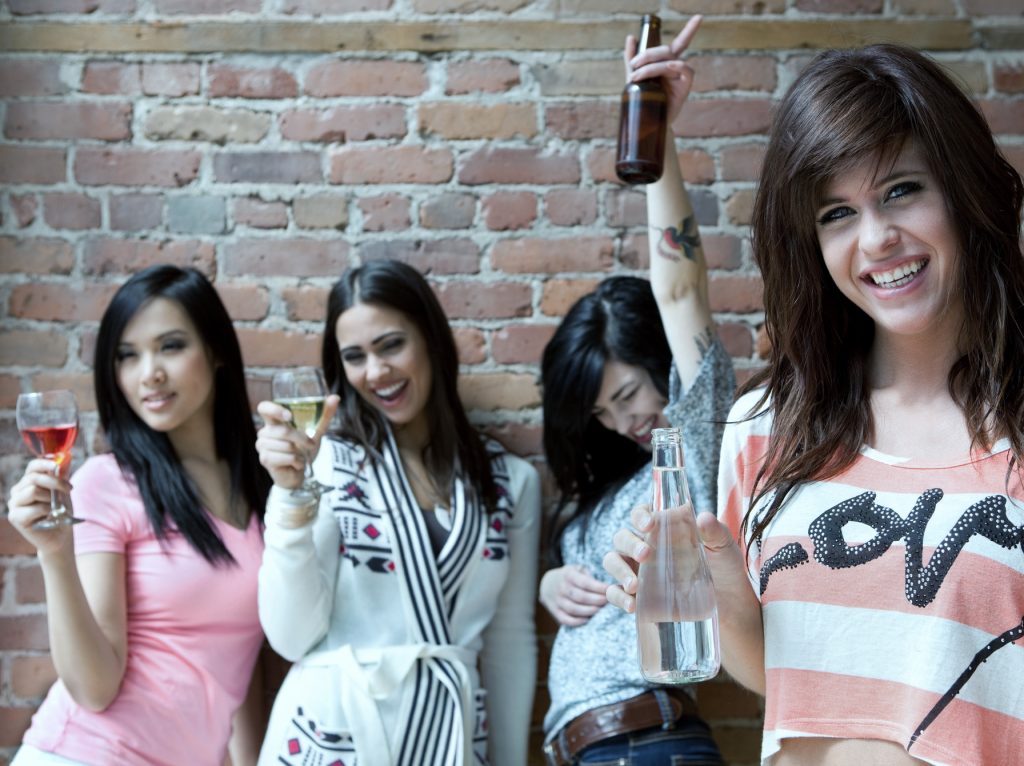 Whether it’s happy hour, ladies night, or wine Wednesdays, drinking culture is everywhere. It can be difficult for someone struggling with alcoholism to accept they cannot drink.  However, the reality is everyone is different. For some, drinking is a casual social activity enjoyed on times off. For others, drinking can lead someone down an erratic spiral that destroys everyone and everything in sight.

We know. It is not fair.

You are probably wondering:

The answer is simple, yet complex. Everyone is physiologically unique, and these differences result in some responding to substances in a way that differentiates from others. The majority of people who drink feel relaxed after one or two drinks. Drinking in excess results in negative reactions that make binge drinking undesirable. These adverse effects include vomiting, nausea, headaches, and exhaustion.

However, for over 12% of the population, drinking one or two glasses of alcohol results in a compulsive need to drink more to maintain that euphoric state.  Alcoholics attain high doses of euphoria from consuming alcoholic beverages. Typically, someone with a family history of alcoholism has a high tolerance for alcohol. Therefore, they can drink and drink and not feel overly intoxicated, resulting in the desire to drink more.

Alcoholism: Insane in the Brain

Most of the studies on addiction focus on the rewarding effects of alcohol consumption. Drinking is used as a coping mechanism to boost mood and relieve depression and anxiety. For some, using alcohol for these purposes becomes a tumultuous cycle.

However, there is even more to the story. New research has discovered another component of developing a substance abuse problem: the inability to learn from the consequences of overconsumption.

The study explained a region of the brain called the lateral habenula. This area is thought to help with decision making and learning about punishment. The habenula helps to associate an action with a negative outcome to you can avoid it in the future.

In the study with rats, scientists discovered that when they removed the habenula from certain rats, they continued to drink despite the unpleasant consequences. Therefore, it is possible that humans who struggle with alcohol consumption lack in this area as well.

“We think that what the habenula is contributing is some learning about ‘How bad was my last drinking session? Maybe I should curb my next drinking session. I’m not going to escalate,’” said Sharif Taha, assistant professor of neurobiology and anatomy at the University of Utah School of Medicine.

“The rats that don’t have habenula activity are the ones which go up and up and up over time. Either they’re just not experiencing those aversive effects, or they’re not learning from them.”

The Balance of Addiction

The pathway to alcoholism is a careful balance. If someone finds alcohol too rewarding and the consequences of overuse not punishing enough, they are likely going to keep drinking and see no reason to stop.

“It seems that it’s not just the rewarding effects that are important in determining how motivated someone might be to consume alcohol, it’s also whether or not they experience any of these aversive effects,” Taha said. “That may play a role in, over time, whether you’re content to consume a couple of beers, or if you’re someone who escalates over time.”

Genetics may play a major role.

Gantt Galloway, senior scientist in the Addiction & Pharmacology Research Laboratory at the California Pacific Medical Center Research Institute in San Francisco,  hopes to identify the specific genetic profile that is associated with an increased risk for alcoholism.

“Are those differences genetic, and can one then identify a [genetic profile] that’s associated with increased risk for alcoholism?” he said. “That could be a useful predictive diagnostic test and could conceivably predict who’s going to respond to different sorts of treatments as well.”

Regardless of the reasons, no one should feel ashamed about how they react to consuming alcohol. Sober life is not a boring life. Furthermore, just because you cannot drink like your friends does not mean you cannot have an exciting life. There are tons of activities to do sober. You just have to go out and find them.

In conclusion, if you are part of the population of people at risk for alcohol addiction, you are not alone. Over 32 million Americans are struggling with the same problem. The good news is you can do something to resolve the problem. You can choose recovery. Do not wait. Call today.