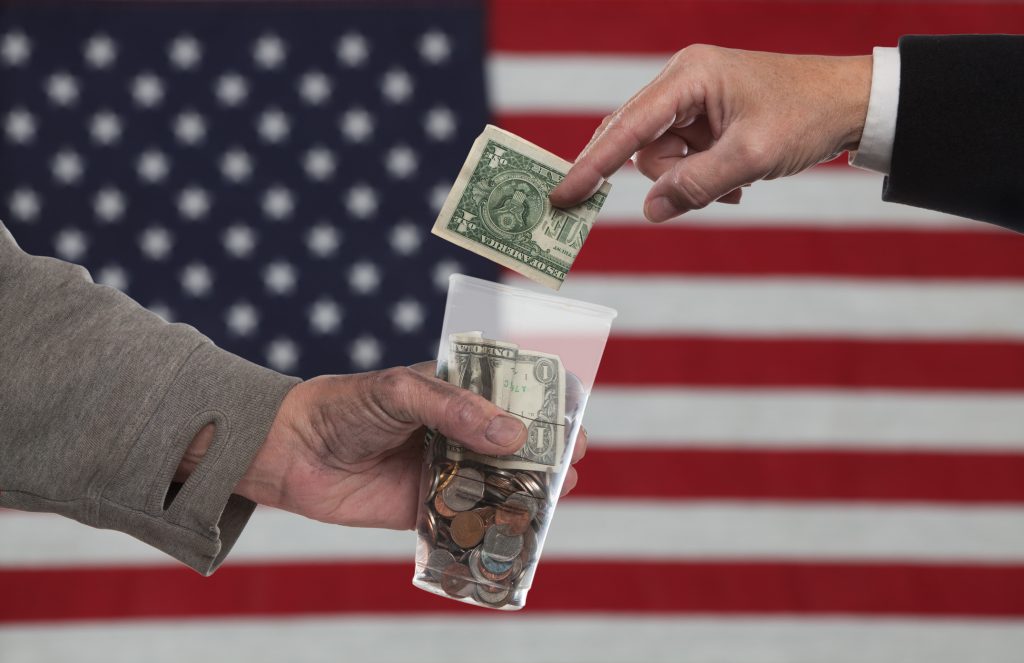 It is no secret that the devastating opioid epidemic in America is still tearing a path of despair across the country. In 2015 this ongoing public health crisis ravaged communities, causing over 52,000 drug overdose deaths and more than 33,000 opioid overdose deaths. The opioid problem was a major campaign issue during the election, and now is one of the most pressing problems we face here in the states. Yet, upon examining the recent budget proposal released by President Trump and his administration, it seems the means to try and bring the epidemic to an end are lacking to say the least.

Given the current state of affairs, it is certain that tens of thousands of people will likely die of drug overdoses under President Donald Trump’s term. Taking that into account many hoped that drug treatment would be a serious priority. However, with the first big policy document from President Trump being the 2018 budget proposal, experts believe Trump is proving that the opioid crisis is not a priority. All this after claims that Trump would “spend the money” in order to “end the opioid epidemic in America.”

If anything, some experts are saying the proposal President Trump has introduced may actually make the opioid epidemic worse. So here we will take a look at some of the pros and cons of the 2018 proposed budget.

The Pros VS the Cons

According to the Office of National Drug Control Policy (ONDCP), this new budget plan makes little effort, and in the end it may ultimately prove obsolete.

Pro- the ONDCP says this will amount to an estimated $200 million added to the already $10.6 billion the government already spent on treatment.

Con- the catch is this money includes the $500 million added by the 21st Century Cures Act from the Obama administration.

That essentially means without that Obama era legislation the Trump budget would have actually cut drug treatment spending. Ultimately, the cut will likely happen the year after the 2018 budget because the Cures Act money is only for 2017 and 2018.

Pros- Still, according to the ONDCP figures of the 2018 budget, technically there are no proposed cuts to overall drug treatment spending this year.

Cons- However, the proposal does suggest other cuts to public health and anti-drug programs. The ONDCP states that these other cuts in funding can completely undermine any progress.

For example, the 2018 budget proposal from President Trump does seriously cut drug prevention programs across all federal agencies by approximately 11%.

Probably one of the big arguments is the potential for problems with healthcare and cuts to Medicaid, especially since President Trump repeatedly ran on the promise that he would not be cutting Medicaid.

However, reports indicate Trump also proposes a 47% cut to Medicaid over the next 10 years! People have been up in arms about the suggestion that this could potentially strip the one affordable source of health insurance from millions of Americans. Part of which is actually used for drug addiction treatments.

A 2014 study showed that Medicaid paid for ¼ of projected public and private spending for drug treatment in 2014. That equates to around 7.9 billion dollars utilized for treating drug addiction.

The Trump budget requests hundreds of millions of dollars to be taken away from mental health block grants.

Beyond that, the budget calls for billions of dollars to be cut from agencies and programs that work to help address the opioid epidemic and drug addiction. Agencies with proposed cuts include:

While these are not drug treatment providers, they are actively involved in creating opportunities and providing research in the mental health and drug treatment communities.

Too Little Too Late

Advocates for drug treatment don’t only put this on Trump. For years the federal government has taken too long to take action to fight the epidemic. Even with the Obama administration it took until 2016 to pass any major legislation. Finally the 21st Century Cures Act added $1 billion to drug treatment for 2 years, but advocates insist that the problem requires much more funding.

Examining the budget shows that the only significant action in the budget that would affect the epidemic is cuts in funding to important elements in the fight against the epidemic. Sadly, as far as anyone has stated, there is nothing in the budget to balance out the cuts either.

The fundamental issue is that America needs to put a lot more resources into drug addiction prevention and drug addiction treatment. The Obama administration took some steps in 2015 and 2016 to add hundreds of millions and then another billion to fund the efforts, but experts still say that was also too little too late.

The fear now is that more needs to be done to empower the agencies that are on the front lines of the fight. More needs to be put into a compassionate response. Instead, Trump’s Attorney General Jeff Sessions is advocating for a “tough on crime” attitude and endorsing the War on Drugs that has already failed the nation time and time again.

So while there is potential, and many believe Trump has an amazing opportunity to do much more than his predecessor did to create resources for battling the opioid epidemic head-on, many see these recent steps as an indication that things might get worse before they get better.

Drug abuse and addiction is a devastating and deadly disease, and providing effective and compassionate treatment makes a lifelong difference. If you or someone you love is struggling with substance abuse or addiction, think about who you want to be working with to find a real solution. Please call toll-free now.