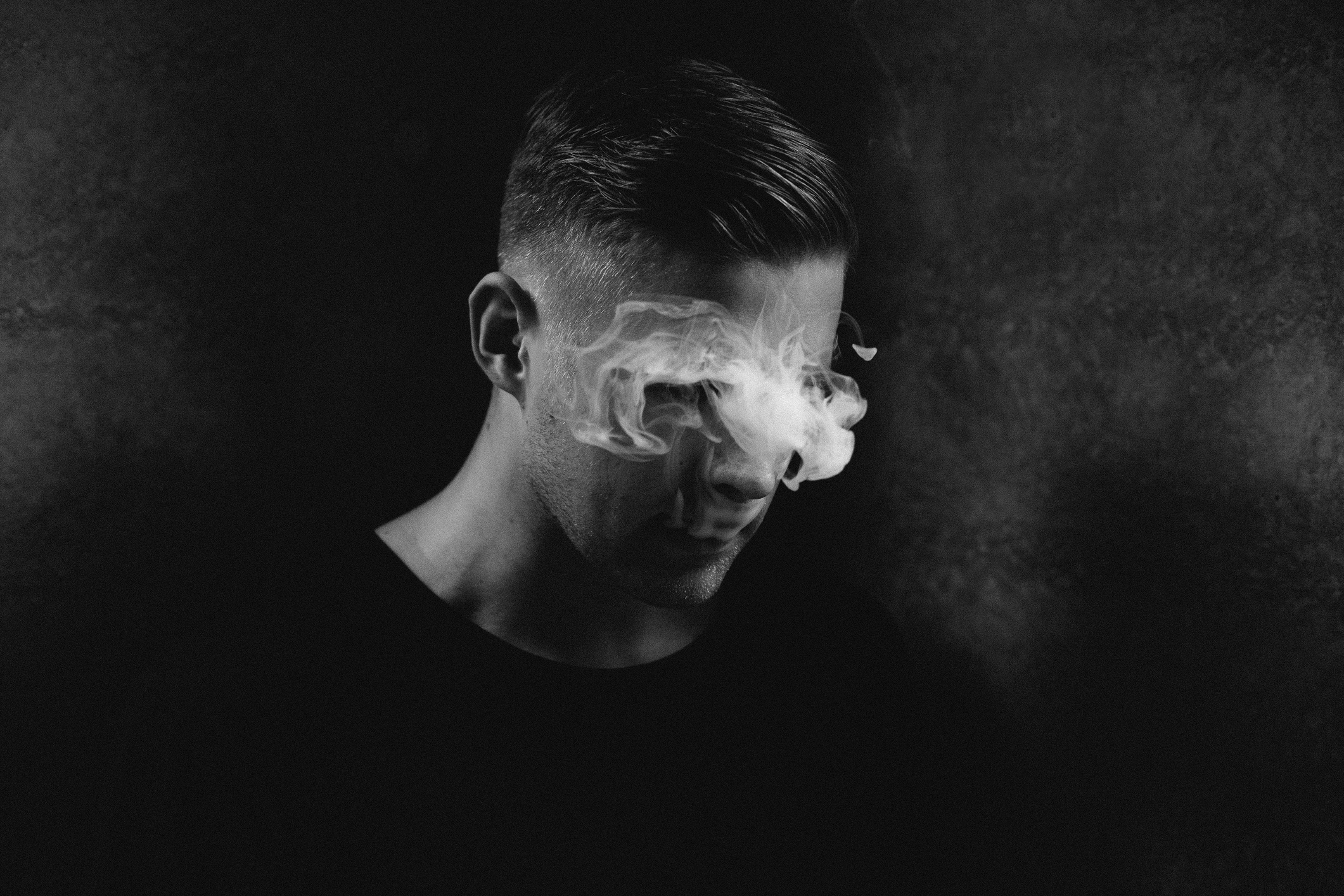 This is arguably one of the most difficult questions to answer regarding drug addiction without being met with contention and passionate opposition. The troubling part is, despite the fact that the medical community, including the American Society of Addiction Medicine (ASAM) has taken a strong stance on classifying addiction as a disease, others still argue that it is a condition that only exists out of lack of personal responsibility or moral willpower. Stigma against addicts was the driving force behind the way the world understood addiction for so long that now it is an uphill battle at times trying to detach from those old ideas.

Beyond the assumptions most people adopt as fact, science and psychology have taught us that addiction is far more complex and misunderstood than most can imagine.

Still, the great question is the “why” of it all, which is a far more debatable way to ask the question than the “how” of it. Even more debate could surround the perceived motivations, and more controversy comes from the “addiction is a choice” conversation. At first, let us look at what the research tells us.

Why Do People Become Addicted to Drugs: The Brain

Now first, let us look at how addiction is defined according to medical science, offering the evidence from the ASAM.

The American Society of Addiction Medicine (ASAM) gave the most recent definition of addiction as a chronic brain disorder after a four-year process involving more than 80 experts. The ASAM definition notes that two decades of advancements in neuroscience convinced ASAM officials that addiction should be

defined by the activity present in the brain.

For instance, research has shown that addiction affects the brain’s reward circuitry to the point that memories of previous experiences with food, alcohol and other drugs or even sex can activate cravings and induce more addictive behaviors. Also, the brain circuitry that governs impulse control and judgment is altered in the brains of addicts.

Dr. Raju Hajela, former president of the Canadian Society of Addiction Medicine and chair of the ASAM committee on addiction’s new definition states:

“The disease creates distortions in thinking, feelings and perceptions, which drive people to behave in ways that are not understandable to others around them,”

“Simply put, addiction is not a choice. Addictive behaviors are a manifestation of the disease, not a cause.”

Dr. Hajela did, however, add that the idea of choice is not completely off the table, but that it is not about choosing addiction, but choosing recovery.

To be fair, there are also neuro-scientists like Marc Lewis, a psychologist and former addict himself; author of a new book “The Biology of Desire: Why Addiction is Not a Disease” who believe that the brain is definitively reshaped by addiction, but do not think it should be classified as a ‘disease’. These scientists recommend cognitive behavioral therapy as a way to reshape the brain and redirect its systems into less self-destructive patterns. While they do disagree with the specifics of the ‘disease’ term, they stand by the neuroscience of addiction.

Why Do People Become Addicted to Drugs: Chronic Medical Condition

Several agencies have supported this definition of addiction, including:

And if we are going to get really technical, the basic definition of “disease” in the Merriam-Webster dictionary is:

Examining this logic, it is clear that addiction meets all the criteria to be considered a disease. In fact, most definitions of disease are pretty spot-on with the nature of substance use disorder.

Why Do People Become Addicted to Drugs: The Formula

Now that we have explored how addiction can qualify as a disease, let us look into the “why” of it. Some insist there is an ‘addiction gene’ that dooms people to addiction. Others say the reason people become addicted is because of their circumstances in life.

One might say there is a kind of ‘formula’ for addiction, but it would be one like X+Y=Addiction.

Research has pointed toward biological differences that make people more or less susceptible to addiction. Certain genes, or combinations of genes, may result in someone’s brain and body developing dependence much faster than others with the same consumption.

So when someone says they drank the same as someone else, or did the same amount of drugs for the same amount of time, we need to understand that it doesn’t mean they will have the same reaction to those drugs. One of the main arguments people use to oppose the idea of addiction being a disease is comparing an addict to other people who drink and use drugs without being addicts… but science has shown us that is not how it works.

Then there is epigenetics, the study of functional, and sometimes inherited, changes in the regulation of gene activity that are not dependent on gene sequencing. In short, it means to examine how environmental exposures or choices people make can actually remodel (mark) the structure of DNA at the cell level or even at the level of the whole organism.

Here is where we openly admit to the actions (i.e. choices) of individuals to influence the development of addiction. Someone’s environment and the way they react to it does contribute to developing an addiction. In general, research has shown that an individual’s health is the result of interactions between their genes and their environment. Of course the likelihood of addiction can be increased by factors like:

Studies from the Nation Institute on Drug Addiction (NIDA) support that an individual’s surroundings also have a particular impact on drug use. According to the NIDA,

“Exposure to drugs or stress in a person’s social or cultural environment can alter both gene expression and gene function, which, in some cases, may persist throughout a person’s life. Research also suggests that genes can play a part in how a person responds to his or her environment, placing some people at higher risk for disease than others.”

When someone starts addressing external issues with drugs or alcohol, it magnifies the problem. Those who are exposed to a different life-style will also have a different risk of developing a substance use disorder. This impacts those epigenetics we were talking about.

In the end, we can say that people use drugs and alcohol as a solution. It is the resource they turned to for escape, for excitement or for a feeling of ease and contentment. It was a powerful element they were able to reach to, that ultimately rewired their brain and changed their DNA.

Why Do People Become Addicted to Drugs?

Some people will say that the Y of X+Y=Addiction model proves that addiction is a choice, not a disease. Well, to argue that choices can still create diseases, we can point out that in 2014 it was noted for the first time in history, “lifestyle diseases” killed more people than communicable diseases. Health care providers and public health officials have recognized for a very long time that unhealthy lifestyle behaviors are the root cause of several diseases, including:

Choices influence these conditions, which the medical community categorized as modifiable risk factors, including:

People would argue still that someone who uses hard drugs knows the high risk and chooses. Well, don’t people who eat foods with low nutritional value and over-indulge in smoking while never exercising know the risks?

Why do people become addicted to drugs? There are so many factors unique to the individual with that formula. Genetics, environment, actions, along with physical and mental health all play a part in how a substance use disorder develops, just like numerous other conditions. That is precisely why it is so important we start to recognize addiction as a disease; as a chronic medical condition and one that people should not be shamed and stigmatized for. All these elements of substance use disorder literally rewire the brain and rewrite the DNA.

Though this may seem like a lot of information, it covers barely a fraction of the research on this subject. There is no easy “why” to it, but there is enough to know why recovery is so important. Real recovery is not just removing the drugs, but also working to create new coping skills. Recovery takes work, and a great foundation can make all the difference.

Understanding addiction is one thing. But learning how to make the life in recovery that you deserve takes a strong beginning. If you or someone you love is struggling with substance abuse or addiction, please call toll-free now.